And Dakota Fanning looked focused as she strolled through New York City on Thursday while absorbed in an intense phone conversation.

The 22-year-old starlet dressed casually in a short denim skirt and 1990s-inspired pink sunglasses as she chatted away. 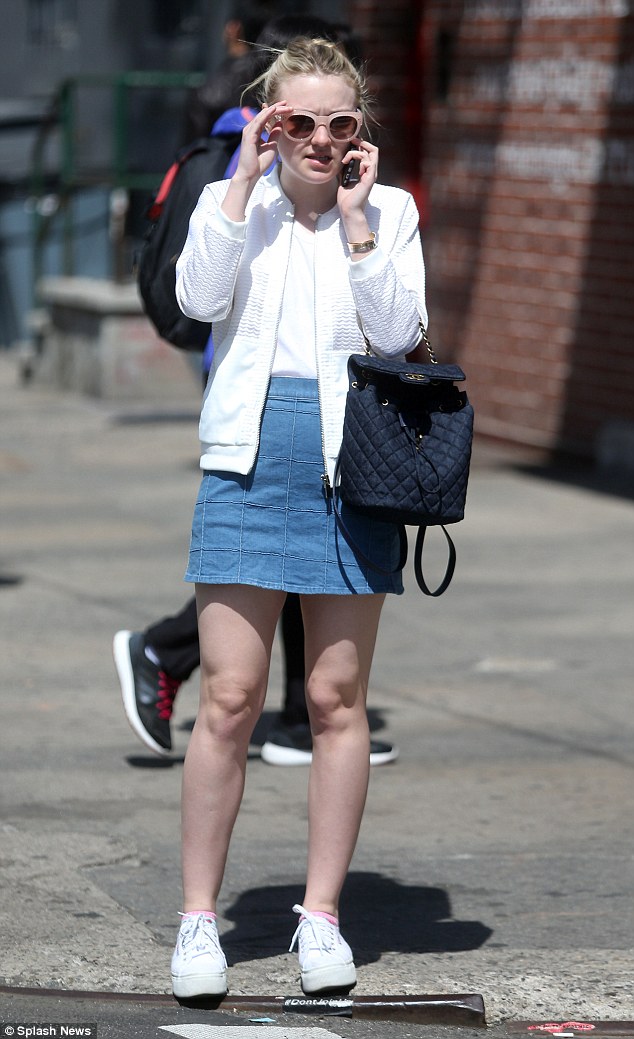 Don’t cross! Dakota Fanning, 22, wore a denim mini-skirt, bomber jacket by Zoe Karssen and pink sunglasses as she chatted on her phone while out in New York City on Thursday

The Benefactor actress appeared to be having an important conversation, gesturing with her hands as she crossed a busy Manhattan street.

She layered a ribbed bomber jacket and matching trainers, before accessorizing with a navy drawstring Chanel bag.

The petite blonde wore her hair tied back in a messy bun.

On Monday, the former Twilight vampire modeled a pair of circular shades with a mirrored-green front.

Last Friday, the talented actress took to Instagram to share another version of what appears to be a growing sunglasses collection. 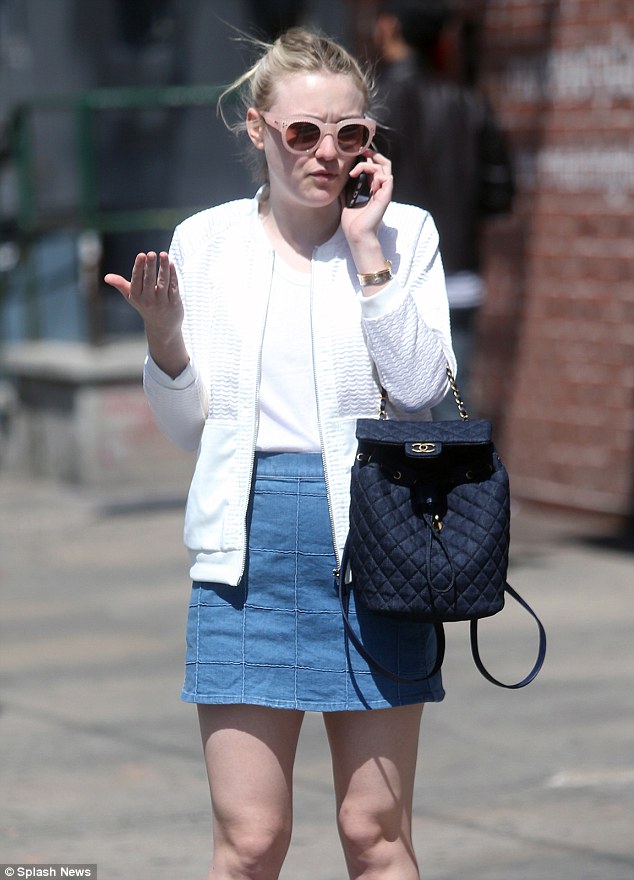 Important call? Dakota appeared annimated as she chatted on her cell while out and about in New York

In the snap, Dakota is seen wearing a ’60s-inspired pair of shades, featuring a rimless top and red bottom.

‘There’s nothing some (clip-on) hoops and a rad pair of sunglasses can’t solve,’ she said.

The actress made waves when she opted to join the photo-sharing site, choosing International Women’s Day as her launch date in early March. 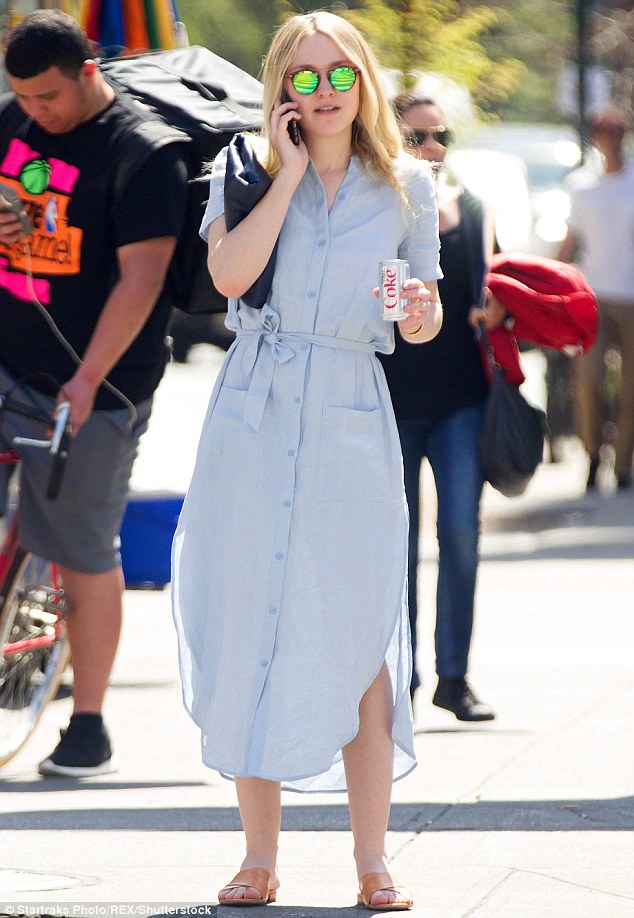 Cool look: On Monday, the former Twilight vampire modeled a pair of circular shades with a mirrored-green front 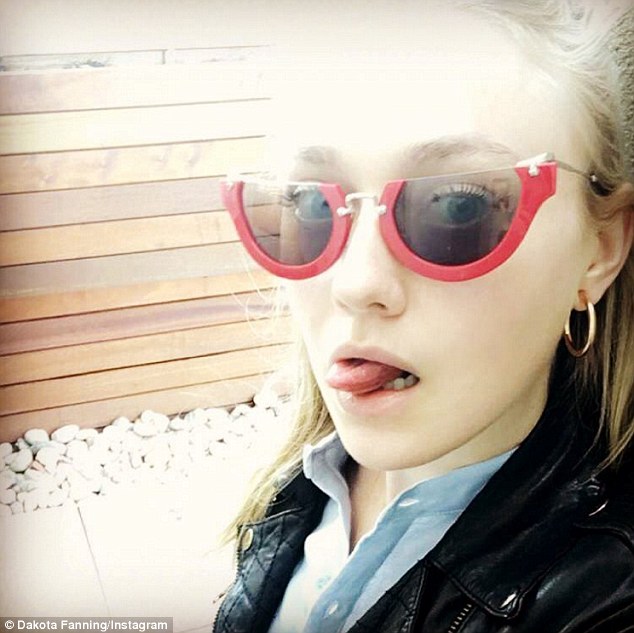 New love: Last Friday, the talented actress took to Instagram to share another version of what appears to be a growing sunglasses collection

Police Reassess Security for Inauguration and Demonstrations After Capitol Attack