It was a scorching 90F in the San Fernando Valley area of Los Angeles on Friday.

But the heat didn’t deter Lucy Hale from her shopping expedition.

The 27-year-old looked cool in a black vest that showed off her slender arms and shoulders and gave a glimpse of her tummy as she shopped on Ventura Blvd. 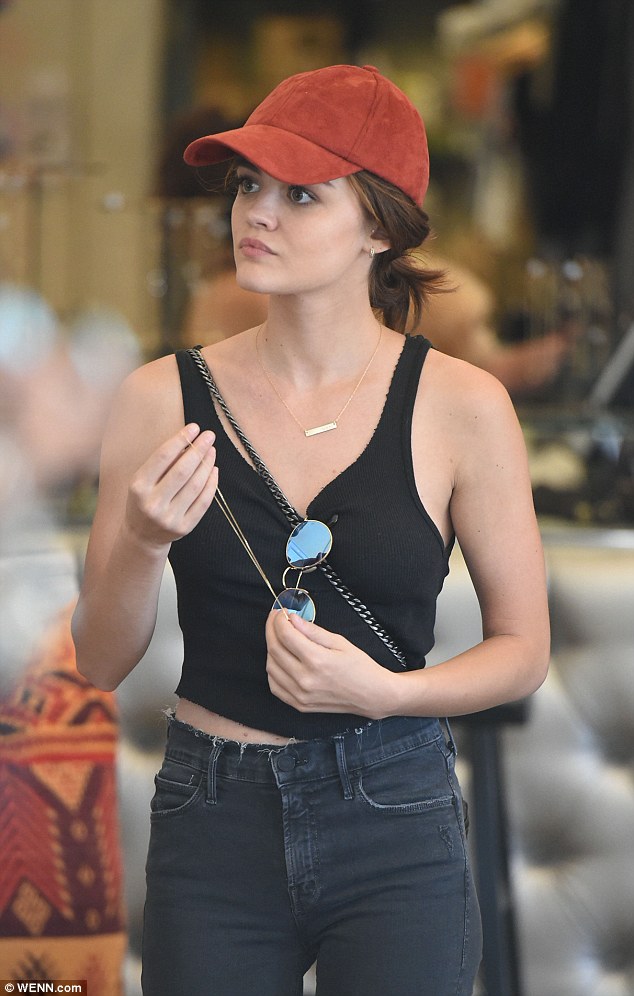 Sizzling star: Lucy Hale gave a glimpse of her tummy as she went shopping in the San Fernando Valley area of Los Angeles on Friday when the temperature topped 90F

She teamed her top with tight black jeans and covered her brunette tresses with a dark orange cap, as she slung her Chanel handbag over her shoulder.

The Pretty Little Liars actress was spotted carrying a bag from Soto Lifestyle, which specialises in women’s clothing, jewelry and home decor.

And she also loaded up on goodies for her new puppy, Elvis, at Maxwell Dog, a pet shop offering a huge assortment of fun toys, comfy beds, stylish collars, cool accessories as well as all-natural food and treats.

Lucy adopted the little white ball of fluff last month and is obviously besotted with him if her Instagram snaps are anything to go by. 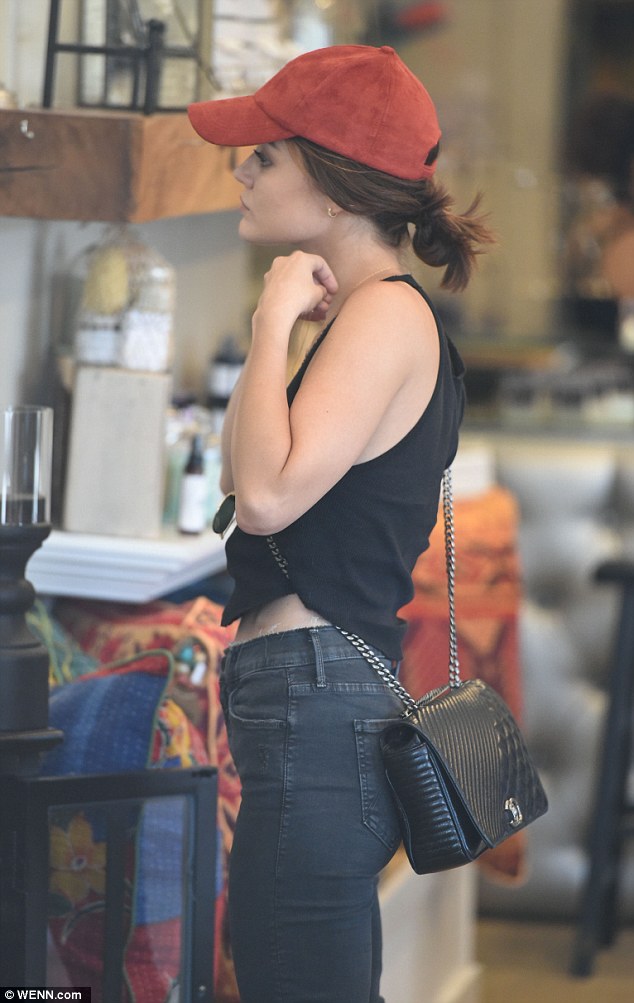 She’s bootilicious: The Memphis native showed off her derriere in skin-tight black jeans as she loaded up on treats for her adopted pup Elvis from Maxwell Dog and a little something for herself from Soto Lifestyle

The Memphis native even posted a cute video clip on social media on Friday showing the cutie pulling her tresses and jumping around her head as she lay on the floor.

‘Elvis loves playing with hair more than any toy,’ the celebrity explained in the caption.

This is Lucy’s third pet following her Maltipoo, Jack, and her family’s Yorkshire terrier, Bentley, who passed away last month. 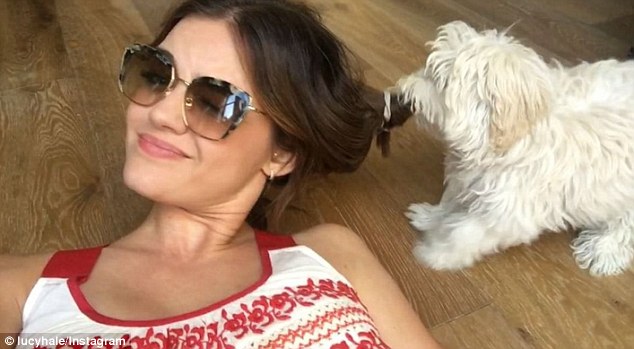 Doting doggie mum: Lucy adopted Elvis, her little white ball of fluff, last month and is besotted with him. She posted an Instagram video of the pup chewing her hair saying,  ‘Elvis loves playing with hair more than any toy’

Meanwhile, fans of her Pretty Little Liars character, Aria, were left on tenterhooks on Tuesday evening.

The episode ended with a cliffhanger when Ezra Fitz, played by Ian Harding, got down on one knee to propose to Aria.

Lucy apologised to fans who will have to wait until August 2 to find out whether Aria said yes by posting an Instagram snap of the romantic moment, captioned: ‘What’s Aria gonna say?! PLL returns in 2 weeks…sorry to keep y’all hangin!’ 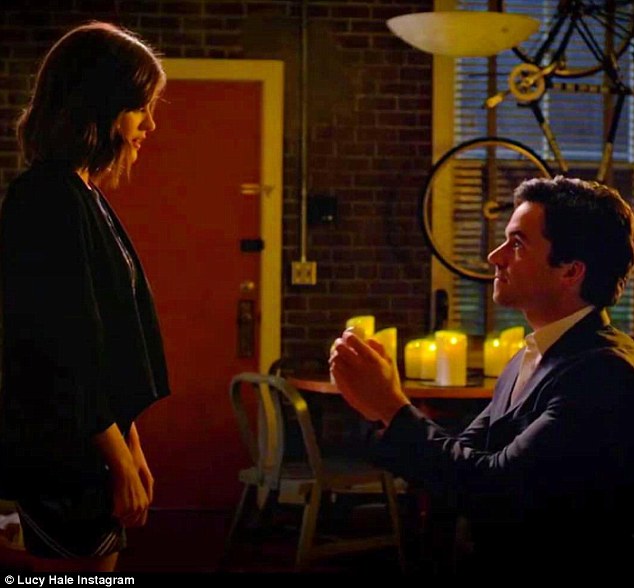 ‘Sorry to keep y’all hangin!’ Lucy apologised to fans who will have to wait until August 2 to find out whether Aria says yes to Ezra Fitz, played by Ian Harding, in an Instagram snap taken from Tuesday’s Pretty Little Liars

Can Elizabeth Warren afford to be all in on ‘Medicare for all’?

Novavax Gets $1.6 Billion for Coronavirus Vaccine From Operation Warp Speed

To fight the coronavirus, some patients turn to alternative medicine