She took to the stage at the Chelsea’s Masonic Hall styled in a custom silver metallic dress from the Spring/Summer 2017 Collection. 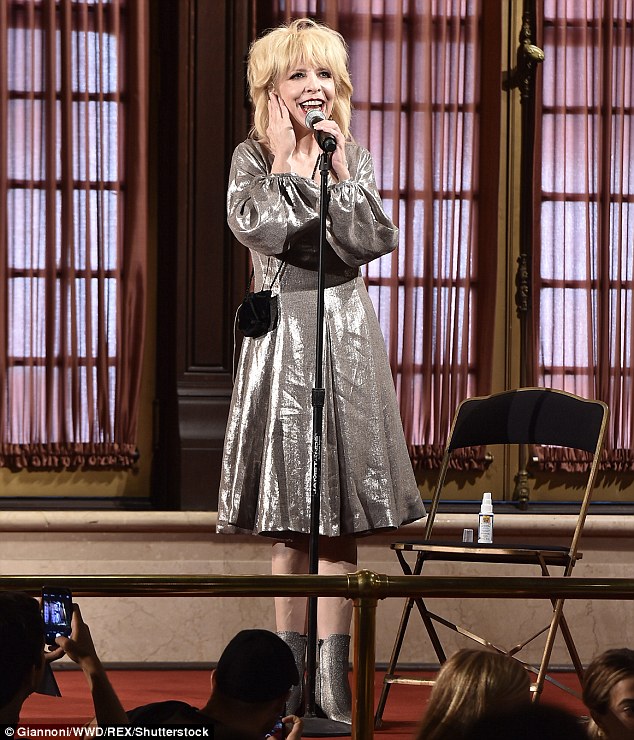 Custom made: Julee was dressed in a custom Creatures of the Wind Silver cocktail dress

Her eerie lyrical voice carried across the halls hauntingly as the models displayed the new collection from designers Shane Gabier and Christopher Peters.

She performed three songs which even sent some of the audience into an emotional state of tears. 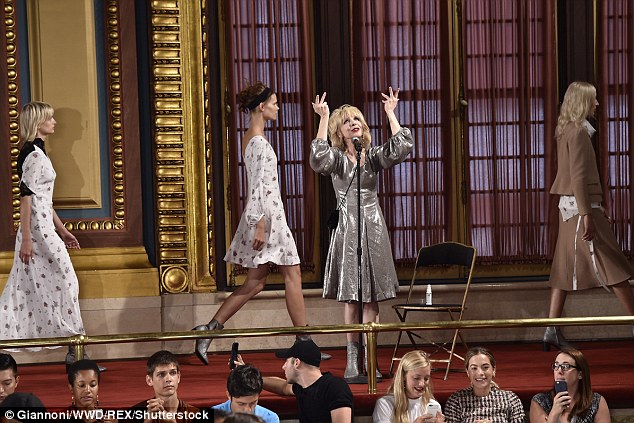 The Collection had a vintage 90’s feel to it of and could have easily have come straight out of a Twin peaks scene. The designers show cased  a modern  twist of of floral blouses and metallic dresses which exuded stylish contemporary femininity. 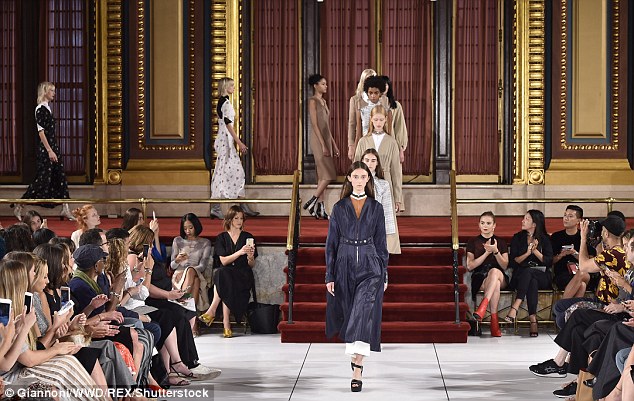 Finale: The models do the final walk of the collection

The supernatural soap opera ran on ABC for two seasons until its cancellation in 1991 amassing three Golden Globes, two Emmy Awards and a Grammy.

Twin Peaks centered on how Laura’s murder affected the entire town of Twin Peaks, especially parents Sarah and Leland Parker, played by Grace Zabriskie and Ray Wise – both of whom appear in one episode of the new show, according to IMDB. 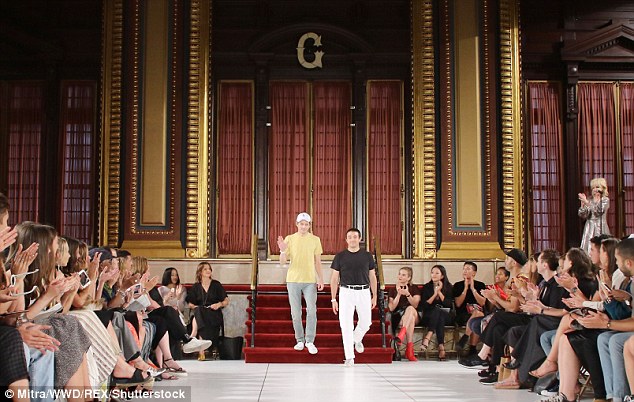 Take a bow: Designers Shane Gabier and Christopher Peters applauded as they close the show

Last year, the 69-year-old filmmaker reunited with the Palmer Family for a special feature called Between Two Worlds on the Blu-Ray release.

Others confirmed for the new Twin Peaks include Lynch’s Mulholland Drive star Robert Forster, who will replace Michael Ontkean as Sheriff Harry S. Truman, and Balthazar Getty, who starred in the director’s Lost Highway in 1997. The 18-part series will hit the air in 2017