They have been married for two years but still seem to be in the honeymoon phase.

On Monday Evan Ross and Ashlee Simpson looked in sync as they held hands while strolling in Beverly Hills.

They also both had the same relaxed look with dark tops and fitted jeans. 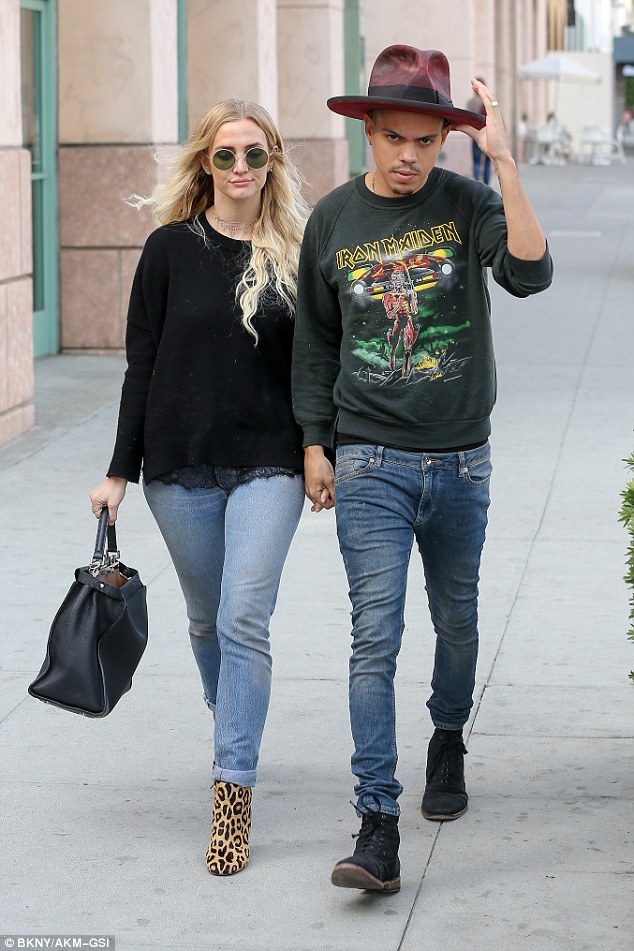 In sync: Evan Ross and Ashlee Simpson decided to go for matching outfits as they stepped out in Beverly Hills on Monday

She styled her long blonde locks in subtle waves as she added a pair of round designer sunglasses to her look.

Evan wore a pair of fitted denim jeans, a black sweater with Iron Maiden written across the front and smart black shoes.

The musician added a chic maroon fedora to his laid back look.

The happy couple, who have one-year-old Jagger Snow Ross together, looked content as they held hands walking through the streets of LA. 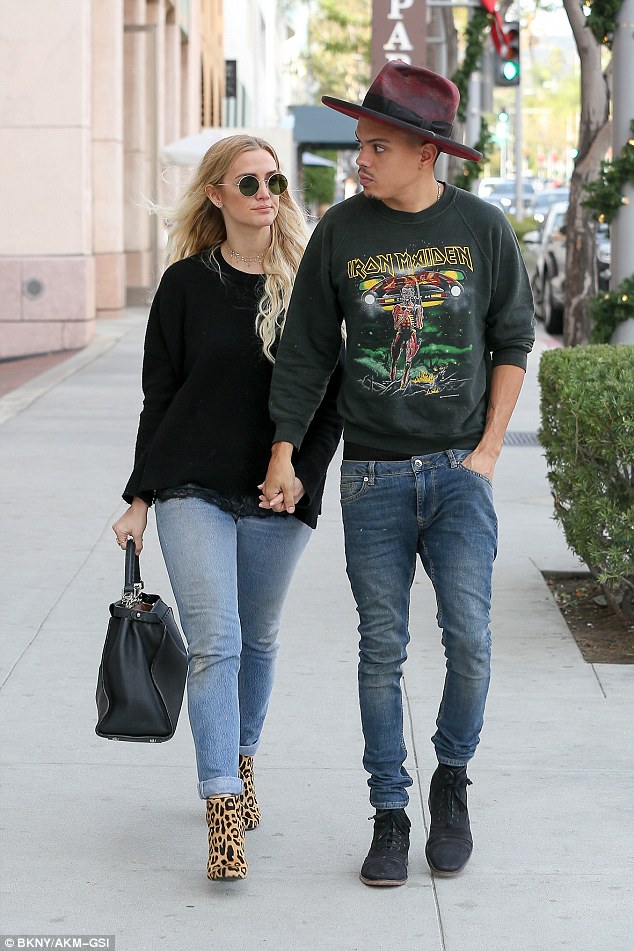 Husband and wife: The married couple, who wed in 2014, strolled hand in hand as they wore very similar ensembles

Meanwhile Ashlee has another leading man in her life – eight-year-old son Bronx.

The pretty blonde recently celebrated her firstborns birthday, who she shares with Pete Wentz.

She uploaded a sweet Instagram photo of herself and Bronx standing in front of a small lemonade stand. 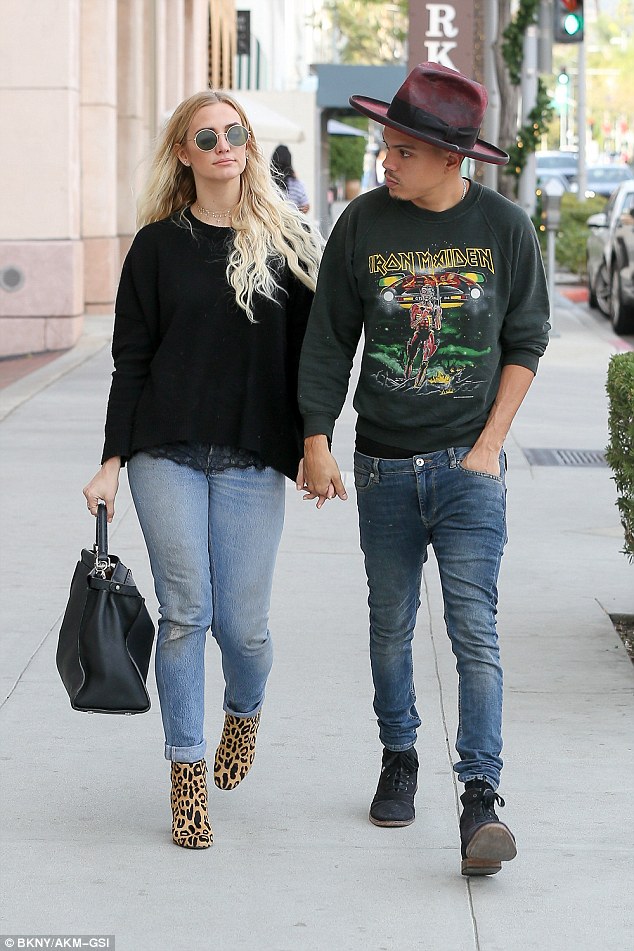 So chic: Ashlee wore a pair of blue jeans, a black sweater as she accessorized with leopard print boots and a handbag

The Pieces Of Me singer was wearing an Oxford blue cap with straps running down the side of her face, squatting to be at eye level with her son.

Tight midnight blue jeans emphasised her toned legs, and she held her hands open and upward, as though she were explaining something. 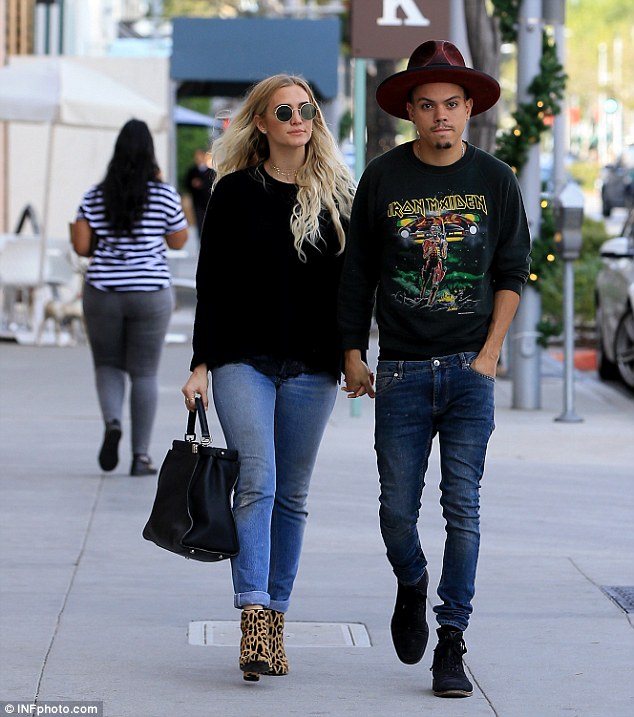 Accessories: She styled her long blonde locks in subtle waves as she added a pair of round designer sunglasses to her look

Little Bronx, meanwhile, had been zipped into a hoodie with a skeleton’s torso painted on its front, his mouth open as he seemed to be talking to his mother. Bubbles floated in front of the two of them.

Her caption gushed: ‘8 years ago today I had this magical human. You are everything and more than I could have ever dreamed of!! Happy Birthday Bronx. 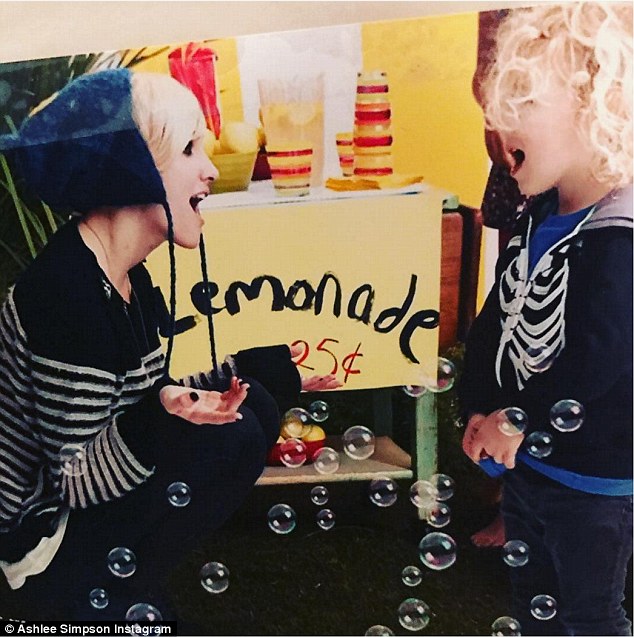 Birthday boy: She uploaded a sweet Instagram photo of herself and Bronx standing in front of a small lemonade stand

Pelosi’s Leap on Impeachment: From No Go to No Choice

Have questions about Chicago Public Schools’ fall plan? Here’s what you need to know, as CPS gives parents a week to opt out of in-person classes.