She’s dedicated to helping women live an active lifestyle, having created her own fitness clothing line.

And on Monday, Kate Hudson was practicing what she preaches as she started her week off with a workout in the West Hollywood neighborhood of Los Angeles.

The 37-year-old actress opted for a loose, all-black ensemble for her gym session. 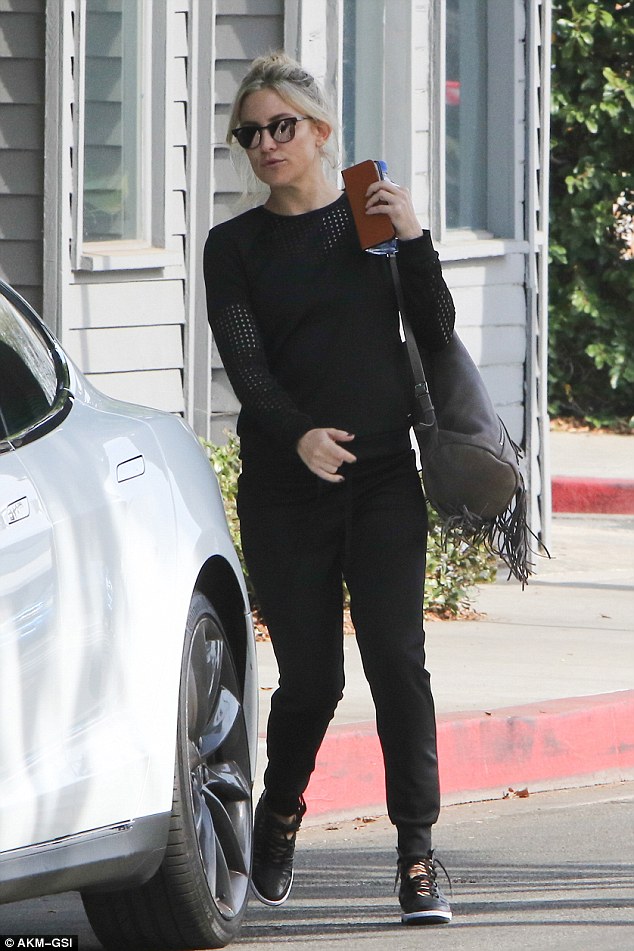 Off to a good start: Kate Hudson started the week off with her regular trip to the gym on Monday in West Hollywood, California

The mother-of-two managed to still show off her petite figure in black sweats, stretched at the bottom, that she paired with a long-sleeve, partly mesh top.

The Deepwater Horizon star went with a fresh, make-up free look as her sandy blonde locks were tied up in a messy bun.

She held her phone and water bottle in her hand while jumping into her white Tesla after finishing her workout. 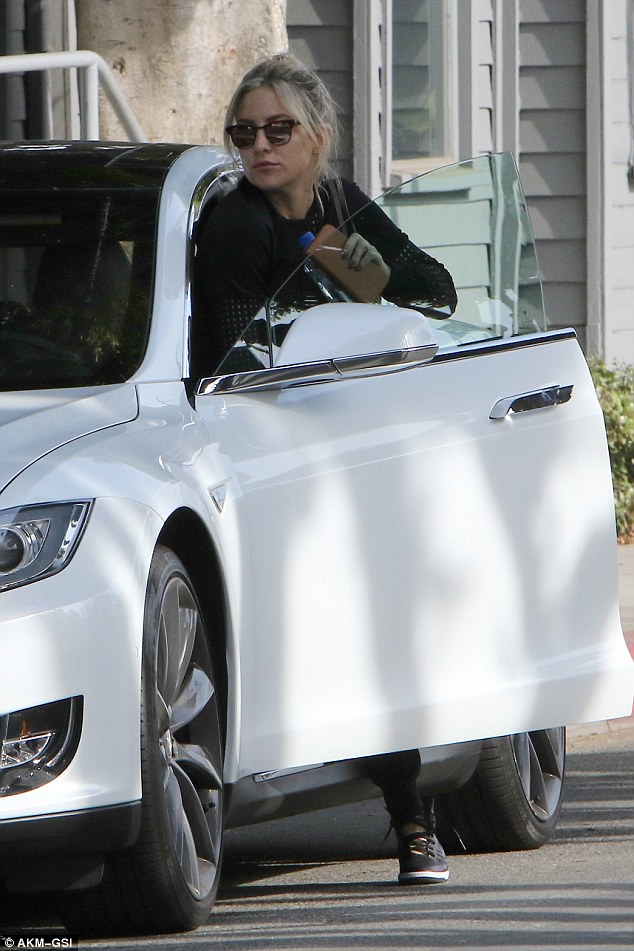 Drive away: The 37-year-old actress headed off in her white Tesla after her session was done 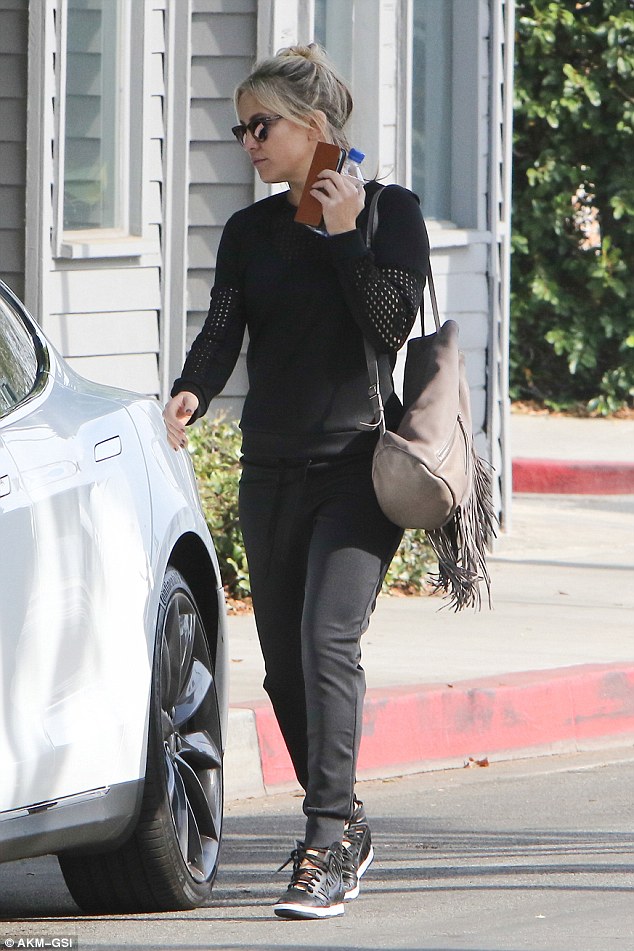 All black: She opted for black sweats and a partly mesh, long-sleeve top for her workout, adding a pair of black sneakers to round it off

Meanwhile, the daughter of Goldie Hawn is focusing on her own line of workout clothes and accessories, Fabletics, which launched in 2013.

She also released her book Pretty Happy: Healthy Ways to Love Your Body in February, which pens down her tips for keeping fit and well in both mental and physical senses.

Kate is currently working on drama Richard Pryor: Is It Something I Said? – which chronicles the life of comedian Richard Pryer – along with Eddie Murphy and Oprah Winfrey.

The Almost Famous star is also set to star in drama Marshall based on Supreme Court Justice Thurgood Marshall.

13 Deaths in a Day: An ‘Apocalyptic’ Coronavirus Surge at an N.Y.C. Hospital