Kim Kardashian’s best friend Brittny Gastineau is launching a new career as an art dealer, after being deluged with requests from friends to ‘curate’ their collections.

The 32-year-old socialite was speaking during a party held to celebrate the opening of artist Harif Guzman’s latest exhibition at art gallery EAST in Miami.

Gastineau, who was in Florida for last weekend’s Art BASEL show, also said she was looking forward to spending time with close friend Paris Hilton in New York this week but said she couldn’t talk about Kanye West – who was hospitalized after suffering a ‘psychotic break’. 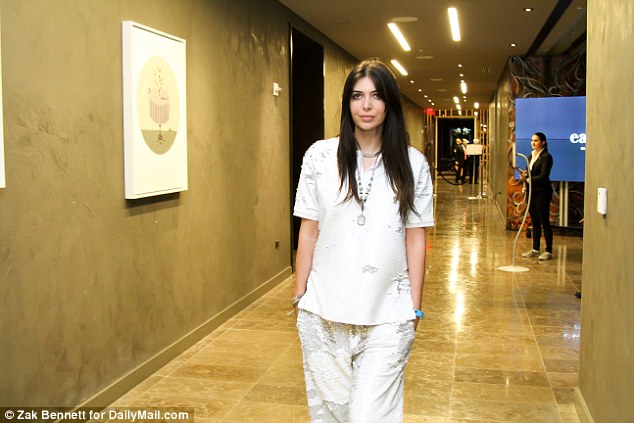 Brittny Gastineau who was in Florida for last weekend’s Art BASEL show, is launching a new career as an art dealer after curating friends’ collections 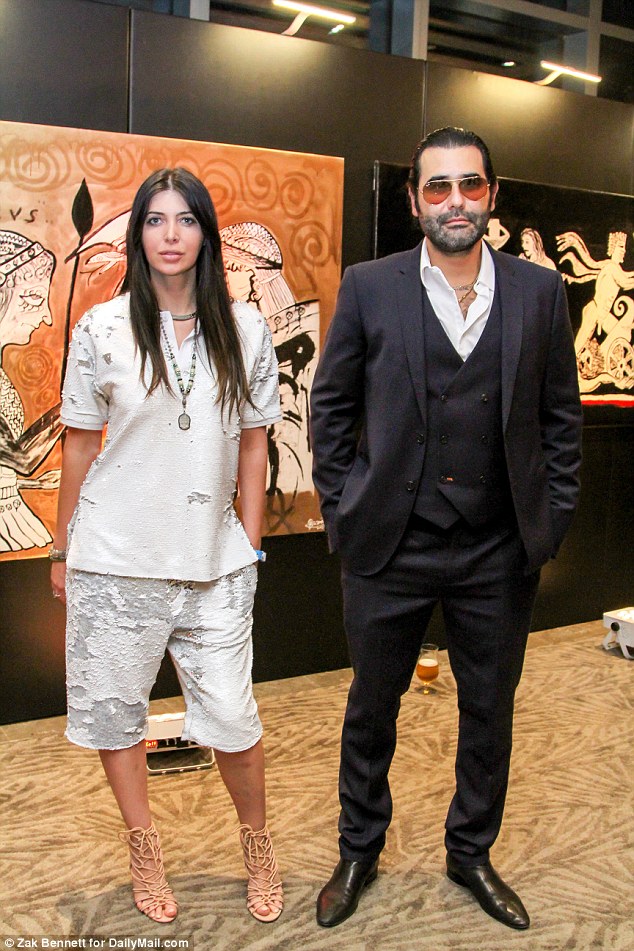 The 32-year-old spoke to DailyMail.com during a party held to celebrate the opening of artist Harif Guzman’s (right) exhibition at art gallery EAST in Miami

‘Kanye is an artist who I truly respect and love,’ she told DailyMail.com. ‘I will always respect his privacy so I can’t really say anything else.’

On Hilton, she was more forthcoming, telling DailyMail.com that her old friend is ‘super busy’ with new projects.

‘I love Paris but she is super busy right now,’ she said. ‘I ran into her at the Grammys last year and we reminisced about the good old days in LA.

‘She’s a really smart entrepreneur – not many people could build what she’s built. She’s been working her ass off since day one and I’d love to see her while I’m here.’

Gastineau’s mother Lisa was also in Miami for the weekend, while guests at the Miami party – which was hosted by the socialite – included Lady Victoria Hervey and society realtor, Lisa Simonsen. 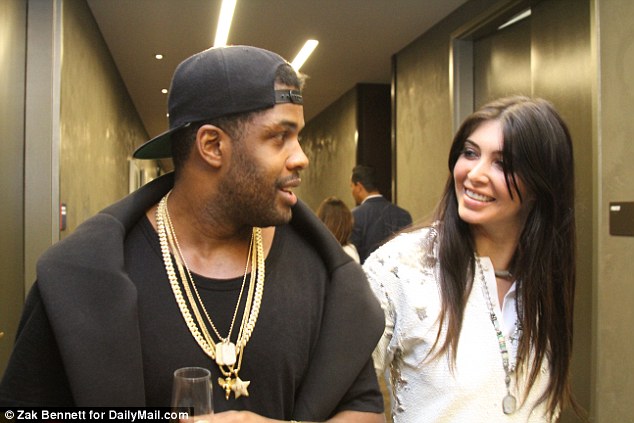 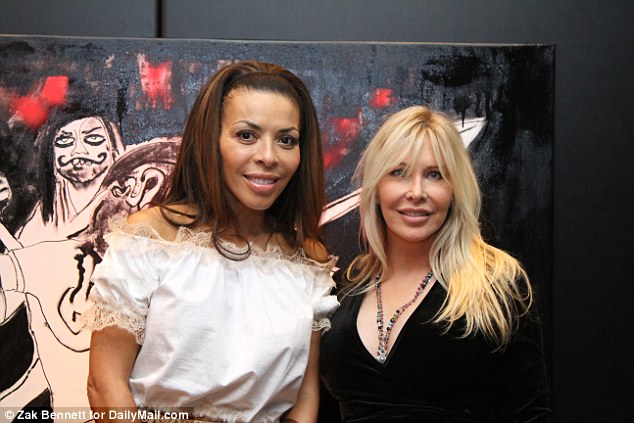 Guests at the Miami party – which was hosted by the Gastineau – included Lady Victoria Hervey and society realtor, Lisa Simonsen (left)

Simonsen, who hit the headlines last year due to a messy divorce from banker husband Ian Phillips, 64, was accompanied by Charles Atkins, a member of New York’s Met Gallery’s board.

According to Gastineau, Simonsen is also helping her find a home in New York, where her new business is set to be based.

She said: ‘I’ve been looking for a condo and she raved about a new development that she thinks will be a good fit for me.

‘We also talked about collaborating on curating art for her listings. She’s one of the top real estate brokers in New York and I would love to work with her.’

Gastineau added: ‘I have been an art dealer for my friends for years, so this isn’t new to me but this is the first time I’ve talked about it. 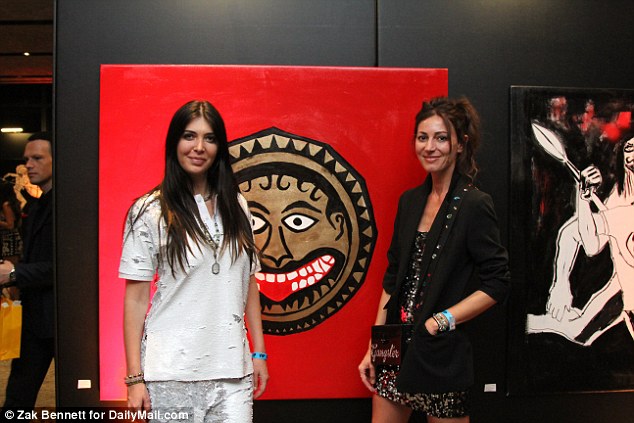 Gastineau, pictured with an unidentified friend, said she was heading to New York 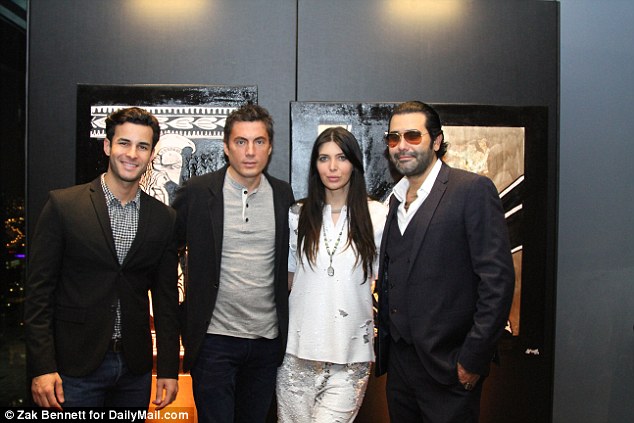 Gastineau (pictured with Guzman, right, and two unidentified men) said she couldn’t talk about Kanye West – who was hospitalized after suffering a ‘psychotic break’ in November

‘I was a bit under the radar and used to laugh when people speculated about what I do. There is this perception that I’m just a socialite sipping champagne on the beach in Miami all day.

‘But behind the scenes, this is what I’ve been doing – and I’m loving every minute of it.’ 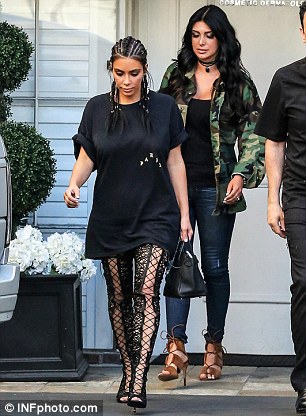 Brittny and Kim together in August

The 32-year-old, who spent four days touring the Art BASEL exhibits in search of new pieces, was without one source of support during her trip – her best friend Kim, 36.

Kanye, 39, suffered a psychotic breakdown early last week and was taken to hospital handcuffed to a gurney after becoming aggressive with staff at the West Hollywood home of his personal trainer Harley Pasternak.

West’s problems are thought to stem from the death of his mother Donda, who passed away in November 2007 following botched cosmetic surgery, and the attack on Kim in Paris in October.

Sources close to the star said he feels ‘cursed’ and, although recovered enough to leave hospital, is living ‘in his head’.

‘This [the breakdown] has nothing to with Beyonce,’ the insider explained. ‘Kanye’s in his head right now because he thinks he’s cursed.

‘He can’t handle it. He thinks everyone he loves, he loses.’

High-Stakes Speeches on Night 3 of D.N.C.: Obama, Clinton and Harris

For hundreds fleeing coronavirus in China, home is now a quarantine zone on California bases