Tori Spelling and her husband Dean McDermott are having a baby boy, a source close to the family has revealed to DailyMail.com.

The boy, who is due early next year, will be Tori and Dean’s fifth child – they already have two daughters and two sons together.

‘Tori and Dean wanted to keep the baby’s sex a secret especially from the kids who tend to talk about everything going on in the house,’ says a source. ‘So they were really careful. 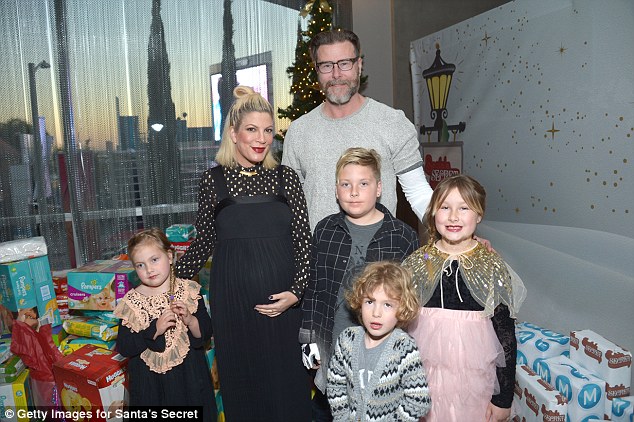 Tori Spelling and Dean McDermott’s baby is due early next year and will be a boy. The couple are already parents to nine-year-old Liam, eight-year-old Stella, five-year-old Hattie and four-year-old Finn.

‘But this week Tori slipped and called the baby “he” and their super-smart kids were like, “We’re having a boy?”

‘With the cat already out of the bag – the couple is now telling a few close friends and family what sex they are expecting.’

Tori and Dean have traveled a rough road between his infidelity and their money woes, but the pending arrival of a new member of the family has helped bring them closer together.

‘This was a totally unplanned pregnancy,’ the source tells DailyMail.com. ‘And Tori desperately wanted to find a new place for the family to move to before they bought baby number fice home. But they were unable to find a place they really liked in time.

‘So for the time being they are just going to have to double up – since Tori is a pack rat who has one whole bedroom filled with stuff. 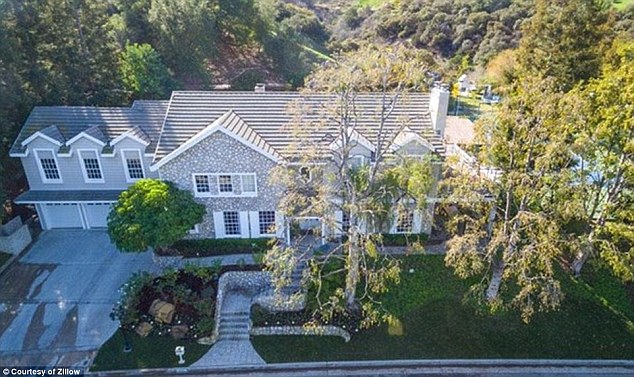 The family recently moved into a five-bedroom, five-bathroom home in the Woodland Hills neighborhood of Los Angeles to make room for the new baby

‘The couple have not chosen a name yet, saying they want to wait and see what the baby looks like before tagging it with a moniker.

‘But she had been talking about including her father’s name Aaron as part of the baby’s name.’

The source adds that the couple is nervous about the upcoming delivery.

‘Tori almost died giving birth to her last child Finn,’ says the source. ‘She had serious complications so now she is worried about this birth.

‘But Dean is by her side and she feels safe in the hands of her doctors, so everything is a go – and the entire family is ready to welcome the new baby boy into the family.’