Cody Alan has revealed he’s gay in an emotional message to his fans.

The Country Music Television and iHeartRadio host shared his news with his 309,000 combined Twitter and Instagram followers on Thursday.

‘As we start a new year, there is something I want to share with you,’ the 44-year-old divorced father-of-two wrote. ‘You see, I’m gay. This is not a choice I made, but something I’ve known about myself my whole life. 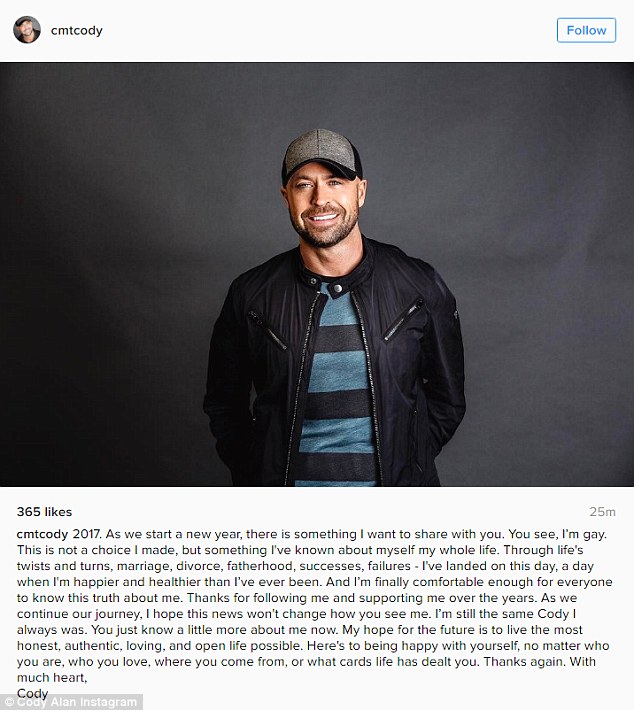 Opening up his heart: Country Music Television and iHeartRadio host Cody Alan revealed that he is gay to his social media followers on Thursday

‘Through life’s twists and turns, marriage, divorce, fatherhood, successes, failures – I’ve landed on this day, a day when I’m happier and healthier than I’ve ever been. And I’m finally comfortable enough for everyone to know this truth about me.

‘As we continue our journey, I hope this news won’t change how you see me. I’m still the same Cody I always was. You just know a little more about me now.

‘My hope for the future is to live the most honest, authentic, loving, and open life possible. Here’s to being happy with yourself, no matter who you are, who you love, where you come from, or what cards life has dealt you.’

Cody went on to talk about how he finally decided to come out in an interview with People, released the same day.

‘Though my TV or my radio persona was always that of a happy guy, there was this underlying ache inside of me for years,’ he dished.

‘So I decided either I was gonna do something about it, or I was gonna live with this layer of misery underneath that happy face on the TV.

‘Once I realized it was okay to accept the truth, that it wasn’t my choice,’ he added, ‘it was a lot easier to start figuring out where to go with my life next.’ 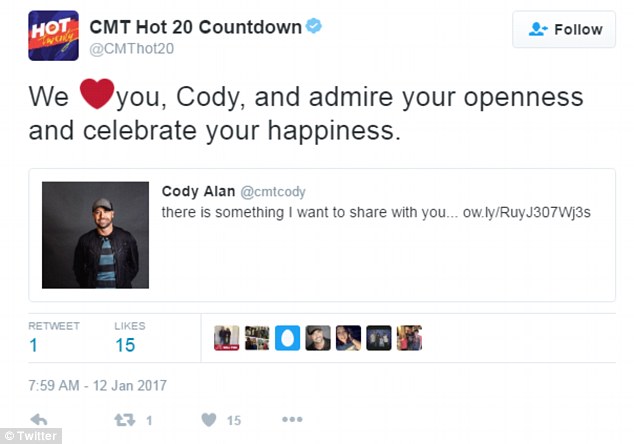 Since then the divorced father of two has done much soul searching, coming out gradually to friends and family.

‘Now I have gotten to the point where it just feels right, and I’m at peace with where I am enough to be able to express it.’

The South Carolina native revealed that he had struggled with his sexuality from ‘a very young age.’

Cody said: ‘I knew this about myself, and I had a really hard time dealing with it. I was so ashamed of who I was.’

He got married because ‘it’s what everyone wanted me to do, and I felt, somehow, like maybe that’s what would make me straight – and obviously that’s not how it works! But I dreamed of that family, which I now have.’ 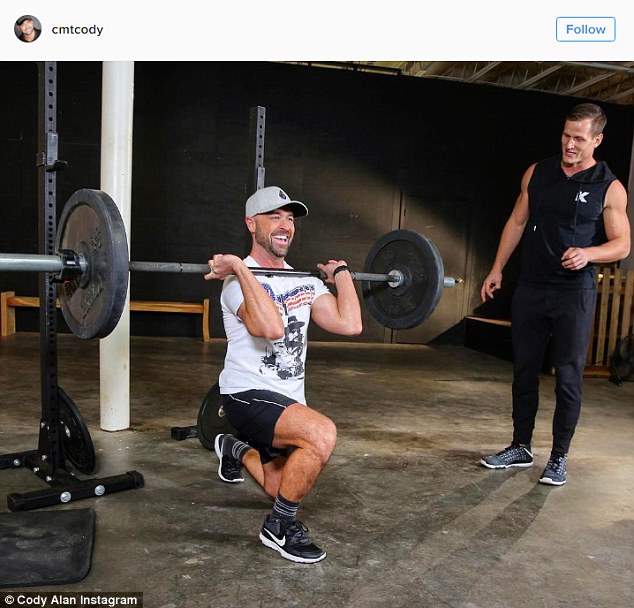 Heavy weight: Cody, with his personal trainer Sam Hunt five days ago.  He has spent years working up the strength to share the news about his sexuality

He told his wife 10 years ago and they dealt with it together, deciding an amicable divorce was the best option. And, much to his surprise, when he came out to his son and daughter, now teenagers, they were unphased by it.

‘To their generation, being gay is like your eye color — it’s just there — so they understood better than I thought.’

Alan has since moved on with his life and has a boyfriend, occupational therapist Michael Smith.

‘It’s awesome now because I have a partner, my ex has a boyfriend, and with our kids, we have this really beautiful, blended, loving, modern family that works for us,’ he said, adding, ‘my ex-wife and my kids are my greatest supporters.’

And it turns out his social media fans feel the same way, posting a torrent of messages of support on Twitter and Instagram. 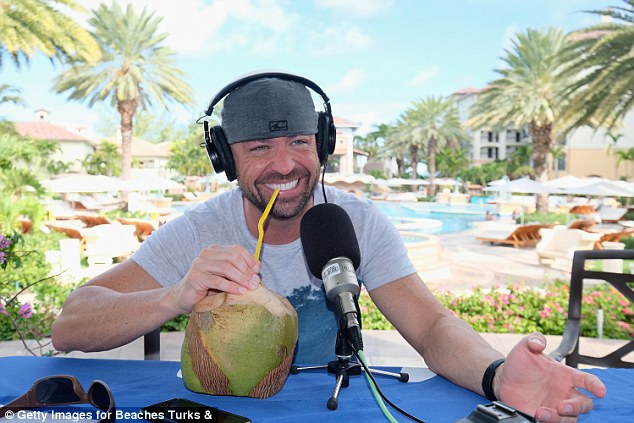 Sadness behind the smile: Cody, who travelled to the Turks and Caicos Islands for a CMT show in September, said, ‘Though my TV or my radio persona was always that of a happy guy, there was this underlying ache inside of me for years’

‘Without justice, there is no peace’: Tiananmen memories spark resistance in Hong Kong