It’s not easy to keep a four-year-old boy on course, but Alessandra Ambrosio is a pro both on the runway and on the sidewalk.

During an outing with her son Noah on Tuesday in Brentwood, California, the 35-year-old supermodel helped the youngster pick up the pace as he became distracted while dragging a bag-on-wheels on their way to a car.

The Victoria’s Secret Angel made a few attempts to move the boy in the right direction, including jointly toting the bag, and then taking it by the handle herself. 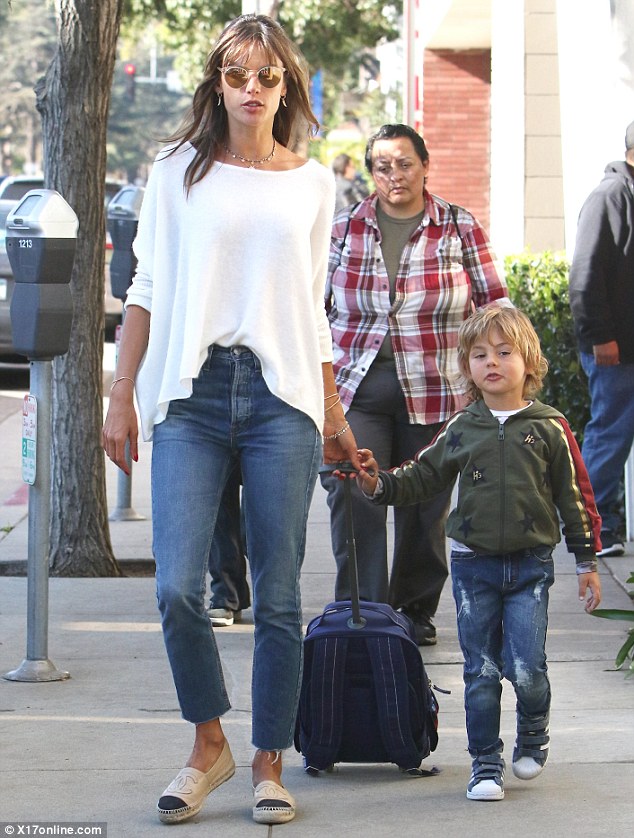 Mommy and me: Alessandra Ambrosio helped her son Jamie Mazur, four, tote his bag during an outing on Tuesday in Brentwood, California

For the bonding adventure, she cut a casual-chic figure in a loose-fitting white blouse, boyfriend jeans and Chanel espadrilles.

Not seen with the pair were daughter Anja, eight, and fiance Jamie Mazur—whom she has been engaged to since 2008.

The mommy-and-me time came after they recently returned from a long holiday in South America that included the entire family. During the vacation to Alessandra’s native Brazil, they enjoyed quality time on the beach. 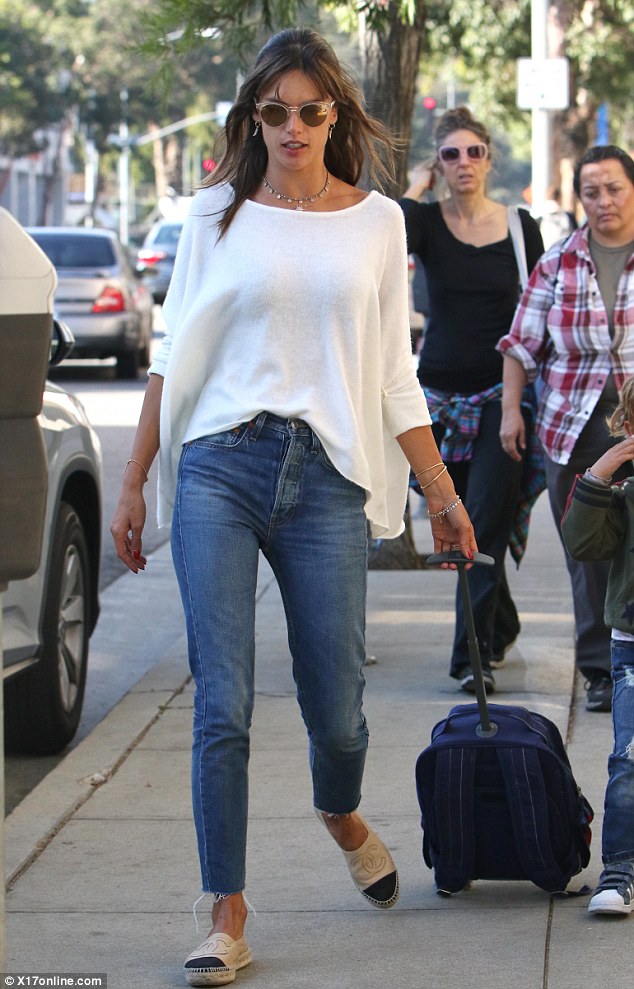 Let it to mamma: The supermodel wasted no time and lead the way to their car 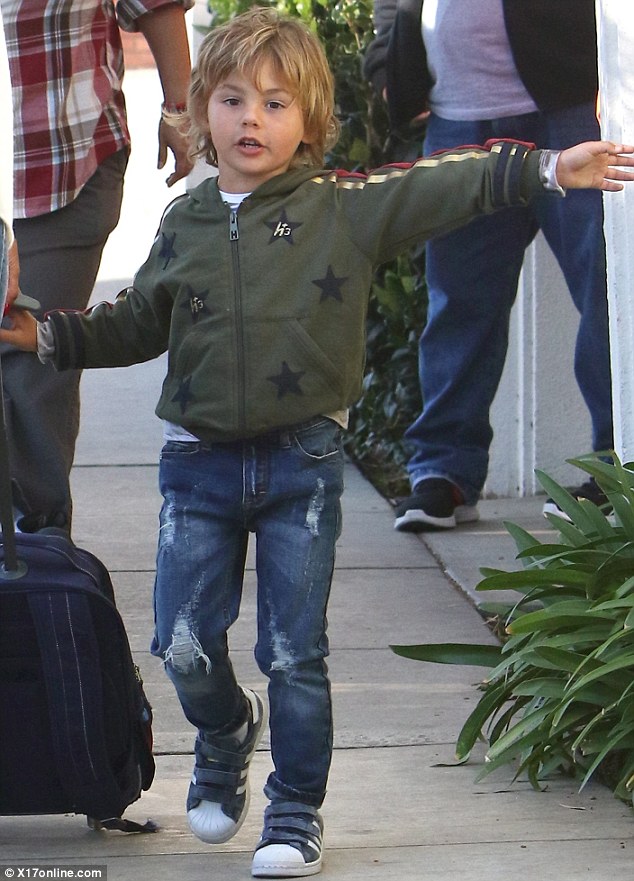 Bonding: Not seen with Alessandra and her son Noah (wearing the Monalisa military open-front hoodie) were daughter Anja, eight, and fiance Jamie Mazur 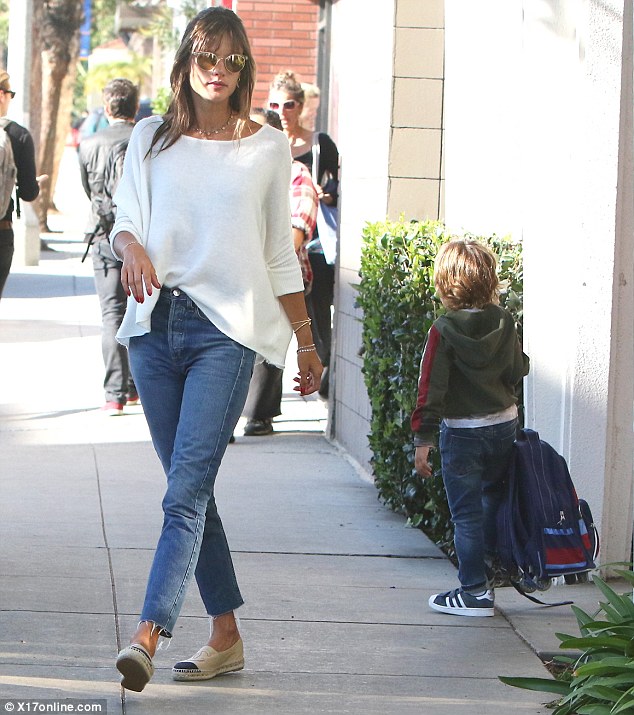 Super mom: Alessandra is back to business as usual after returning from a long family holiday in Brazil

They had reveled in soaking up the sun in her country since before the New Year, but when she returned on Monday it was business as usual for the busy bombshell.

And her day out taking care of errands didn’t inspire a smile. Alessandra had on workout gear as she picked up coffee and took care of tasks. 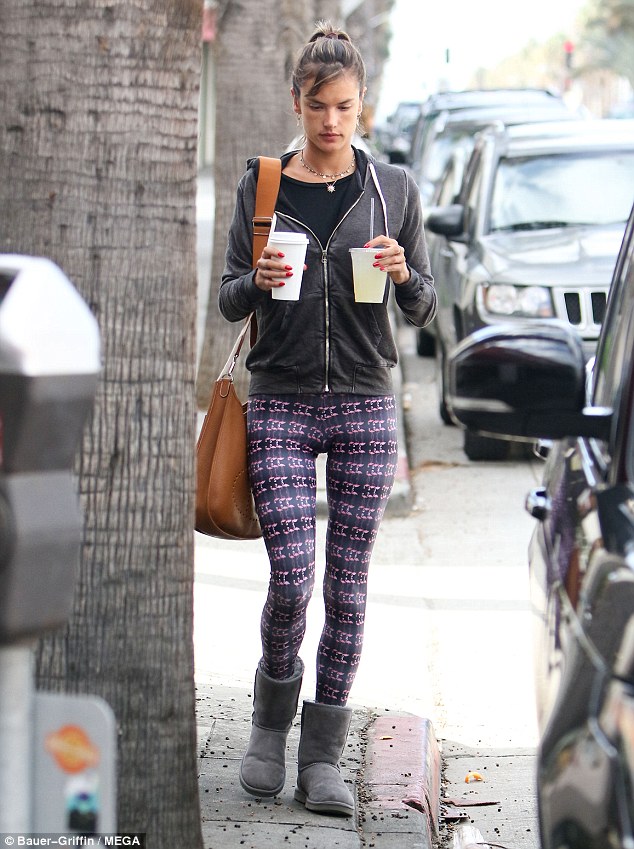 Fueling up: Alessandra opted for a pair of cozy Ugg boots as she grabbed a coffee and an iced beverage to go on Monday