Indeed, the former couple put on a genuine show of unity on Monday while celebrating their twins Max and Emme’s birthday with their godmother Leah Remini and her husband, Angelo Pagan. 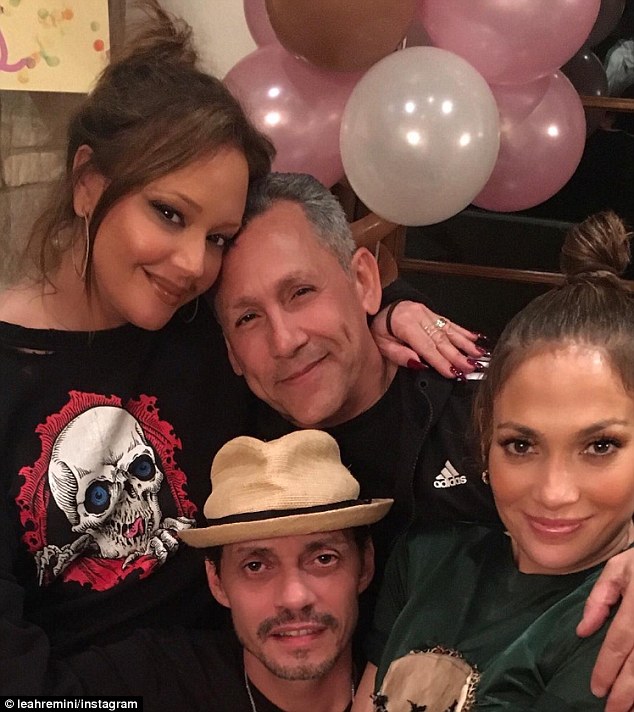 J-Lo and Marc’s fondness for each other was in no doubt when they locked lips on Nov. 17 onstage at the Latin Grammys after the Dance Again singer presented her ex with the Person Of The Year award.

The next day, it was announced that the 48-year-old singer and his wife, Shannon De Lima, who is more than 20 years his junior, separated.

Jennifer was single at the time after splitting from beau Casper Smart three months earlier. 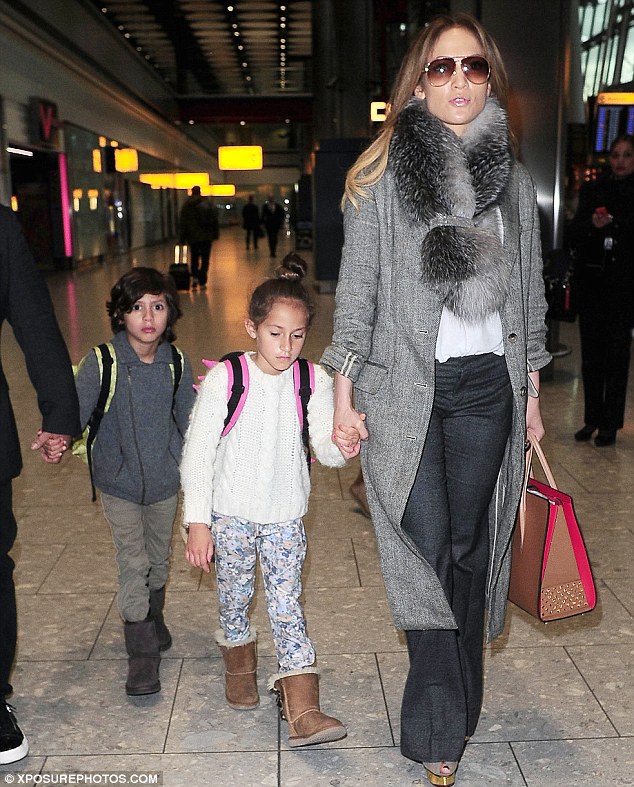 Mother mogul: J-Lo’s children with Marc Anthony spend most of the time in her custody 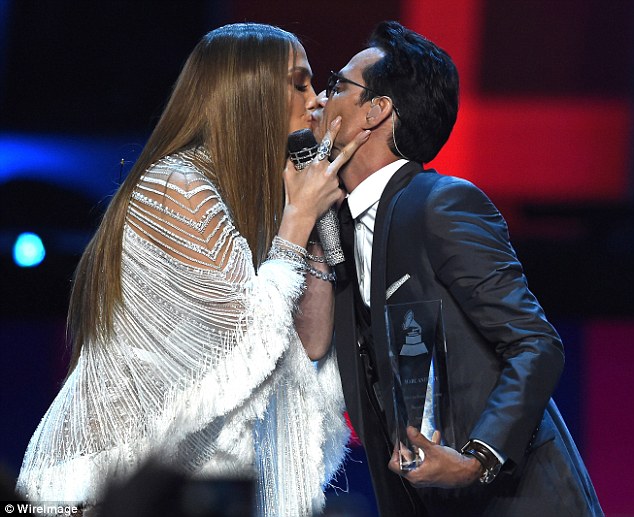 Shades of red! The actress-singer kissed her ex onstage at the 2016 Latin Grammy Awards on day before he split from his wife of two years

Last month, Marc’s divorce from the Venezuelan model, his fourth wife, was finalized the day before Valentine’s Day.

The beauty reportedly walked away from their two years of marriage with around $2 million in property, her lawyer revealed to Gossip Extra. 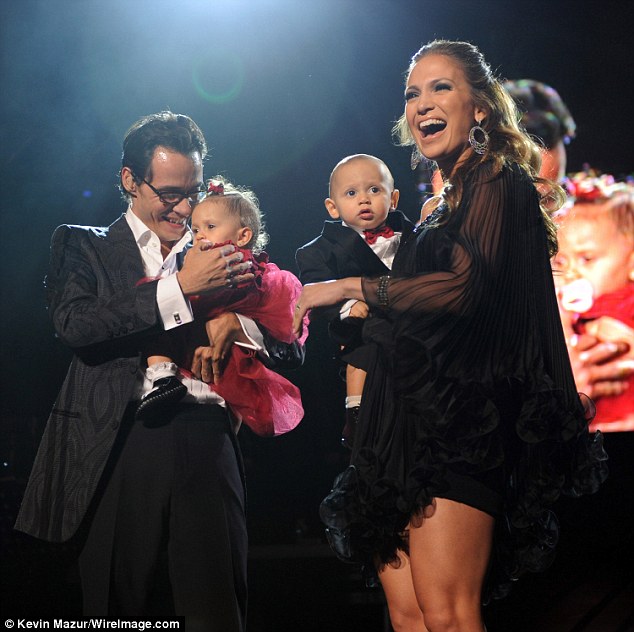 Proud parents: Jennifer and Marc brought their twins onstage at a Valentine’s Day show in 2009

Meanwhile, the Shades Of Blue actress has recently taken flirty photos with rapper Drake, but insisted in a an interview on The Ellen DeGeneres Show, which aired Tuesday, that she’s happily single.

Jennifer and Marc are currently collaborating on J-Lo’s new Spanish-language album, due later this year, of which Anthony is producing.

The former couple wed in 2004, six months after J-Lo ended her engagement to Ben Affleck. They divorced in 2011.