On Thursday she was in New York for Vanity Fair’s Founders Fair.

By Monday, Ashley Graham had jetted across the Canadian border to Montreal in British Columbia.

The voluptuous plus-size model was there for a photoshoot of bras and panties from her latest Ashley Graham lingerie collection. 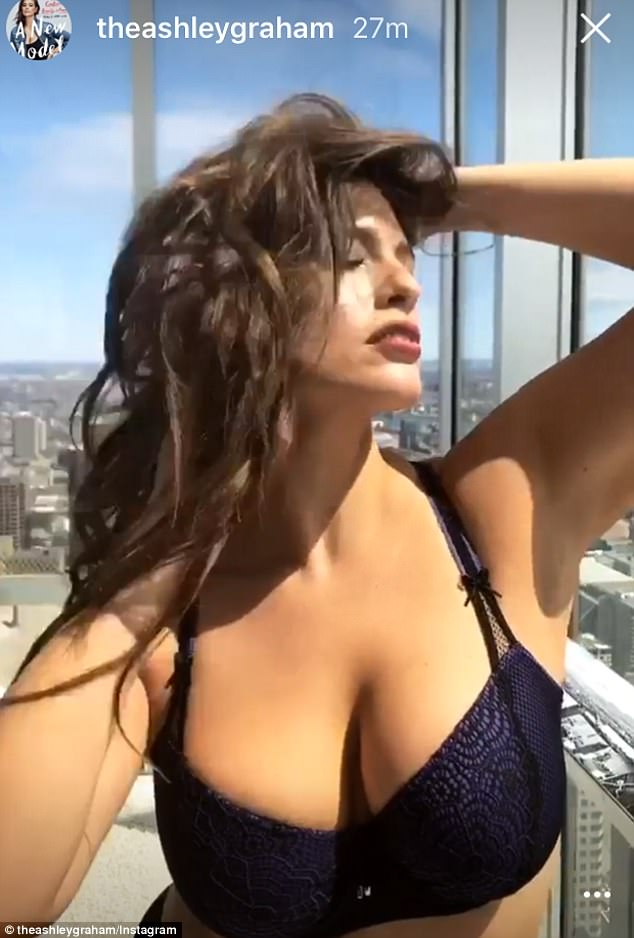 Fab assets:  Voluptuous plus-size model Ashley Graham showed off her stunning decolletage in bras from her latest lingerie collection at a photoshoot in Toronto, Canada, on Monday

The 29-year-old stripped down to her very beautiful undies as she strutted back and forth in a stripped down room with floor to ceiling windows, perched high above the city.

But the best view of all was Ashley showing off her sexy 42-30-46 body in a black lace bra and matching panties. 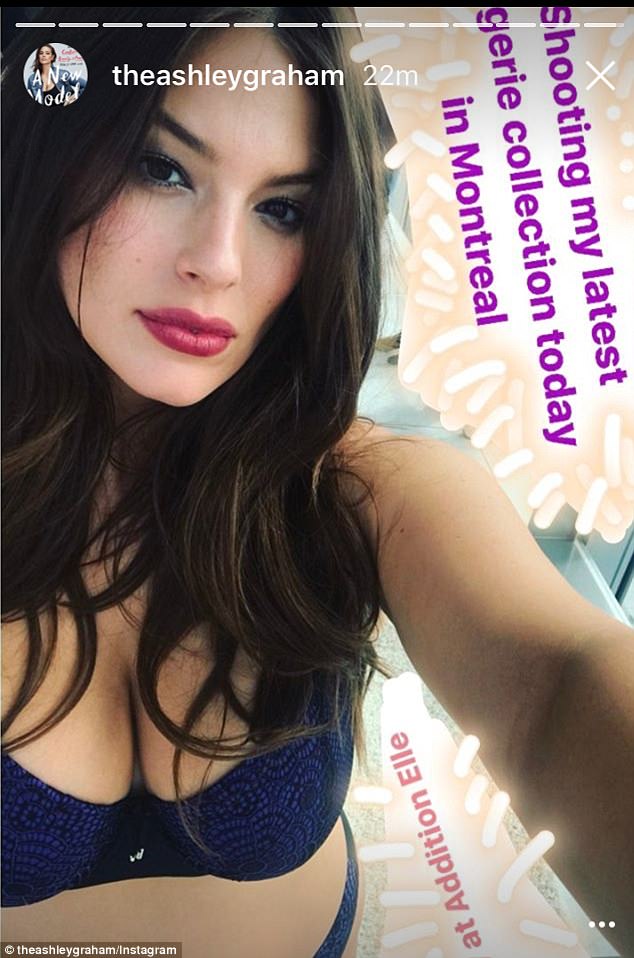 Wearing and sharing: The 29-year-old stripped down to her very beautiful undies as she revealed to her fans what she was doing in an Instagram video

Bootilicious: The brunette showed off her delightful derriere as she strutted her stuff

The beautiful brunette, the first plus-size model to appear on the covers of Sports Illustrated and British and American Vogue, couldn’t resist sharing a short video clip  with her fans on Instagram.

In one, she knelt on a white sofa as she took a selfie wearing an open robe over her barely there lingerie with the Toronto cityscape behind her.

Her complexion was china white while her cheeks were given a rosy glow with blusher and her lips popped with bright red color. 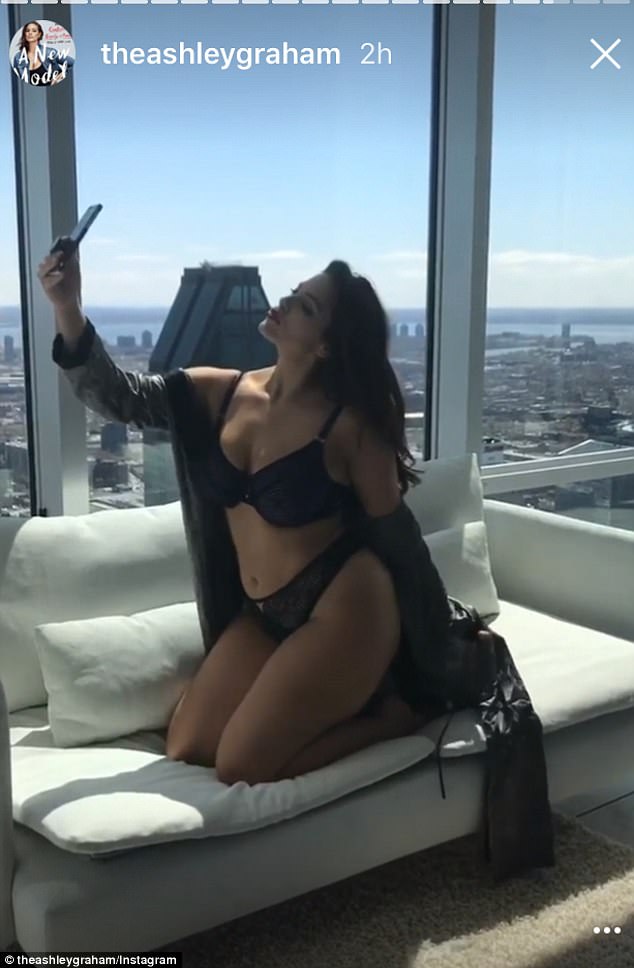 Beautiful view: In this shot the 42-30-46 model wore an open robe over her barely there lingerie with the Toronto cityscape behind her 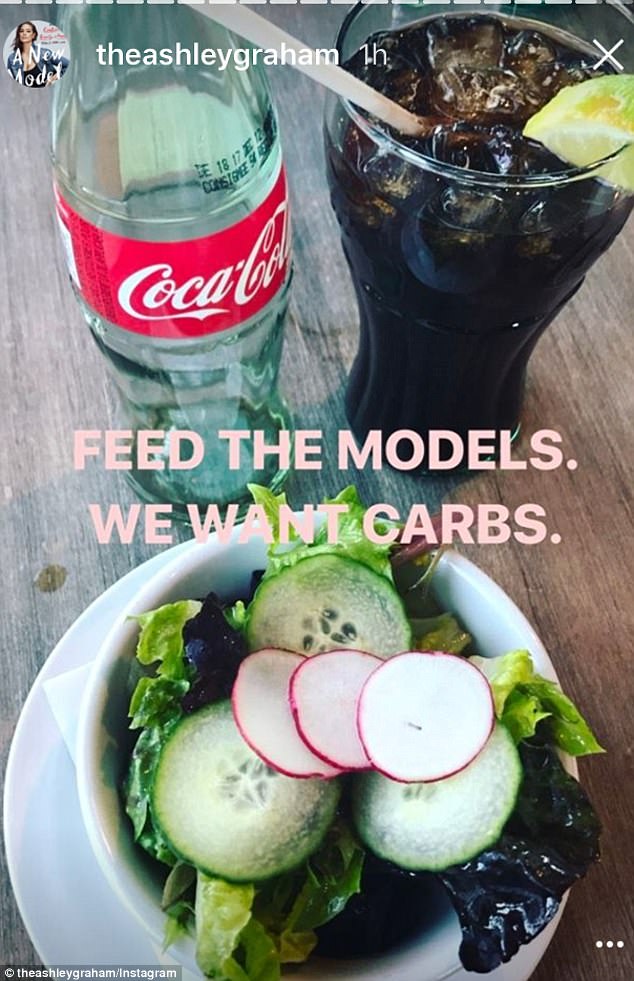 Barely there lunch: It’s little wonder that Ashley wrote, ‘Feed The Models, We Want More Carbs’  over this snap of a very small salad

In another, the 5ft 9ins supermodel snapped a very small salad and a Coca-Cola with the words, ‘Feed the models. We want carbs’ stamped across the front – a clear message to the super-skinny clothes horses that young girls see as the ideal body shape.

Her bras, sized from 36DD to 42H, are available online for $70 in a variety of colors with matching panties and thongs at $30 in sizes X to 3X.

Married to her videographer husband Justin Ervin since 2010, Ashley has already jetted to Milan, Los Angeles, Houston and Miami this year for fashion shoots as her career continues to heat up. 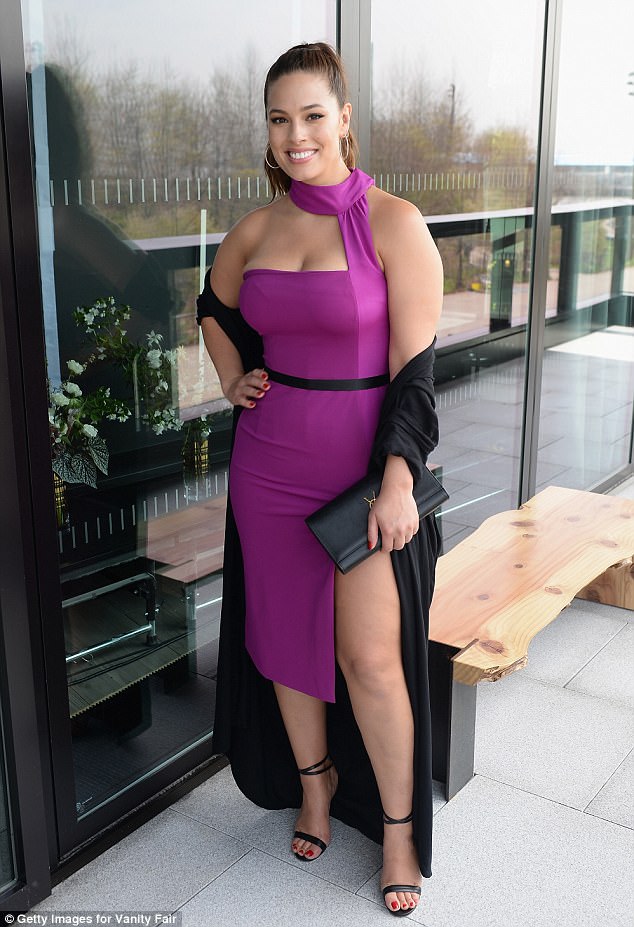 A Medical Class ‘Minted by the Pandemic’

Who Is Roman Protasevich, the Opposition Journalist?