FEMME is known for setting the scene aflame since her latest single and music video ‘Fire with Fire’ hit the airwaves following her critically acclaimed album ‘Debutante’ in 2016.

But the other scene-stealer at the star studded event was the brand new baby Jaguar E-Pace that leaped into the record books on Thursday, at the ExCel London. 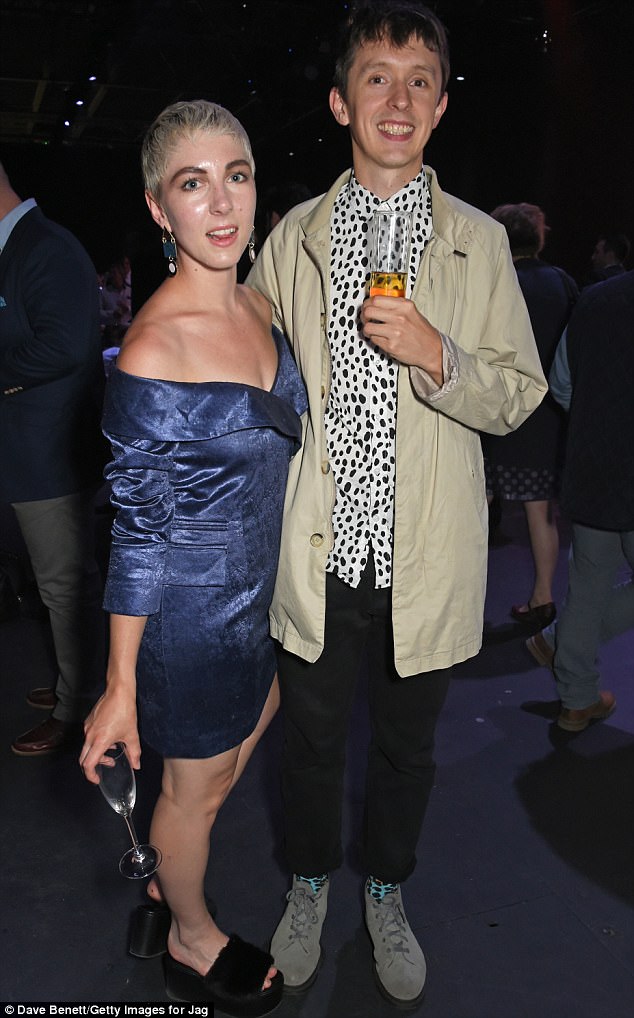 Actress Sienna Miller was among the stars at the launch event this evening at London’s Excel Centre in the Docklands, compered by Radio DJ Nick Grimshaw with music by Pete Tong and celebrity guests set to include David Gandy, Alexa Chung, Jaime Winstone, Vicky McClure and Hugo Taylor.

The crowd viewed first hand what maneuvers the Jaguar can perform, if your a stunt driver of course. 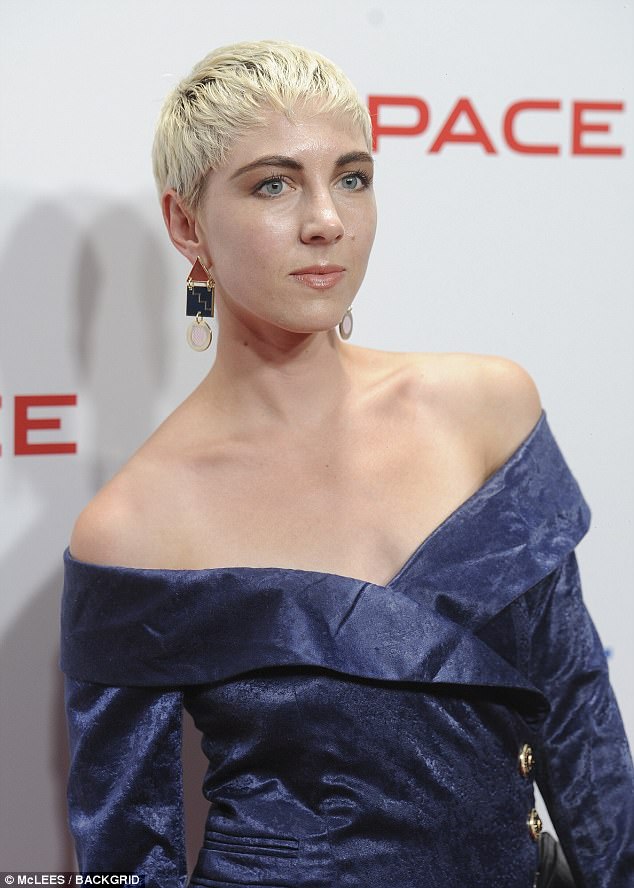 True Blue: FEMME is known for her quirky and eclectic fashion sense that has made her a fan favorite in the fashion scene

Jaguar hopes this practicality, combined with sharp styling and performance, will be enough to steal buyers away from its premium German rivals, who have scored hits with the Audi Q3, BMW X3, and Mercedes GLC – and plan to keep the small SUVs coming. In keeping with its family credentials, the E-Pace has been nicknamed ‘Cub’ by engineers and designers, and even carries some cub motifs, such as the one beamed down from the wing mirrors.

Mr Hicks said: ‘The new E-Pace will attract a whole new audience which is younger and will see more women.

‘In the past Jaguar was seen as a car mainly for men. That is all changing. The gender and age balance is shifting and will shift even further with this car.’ 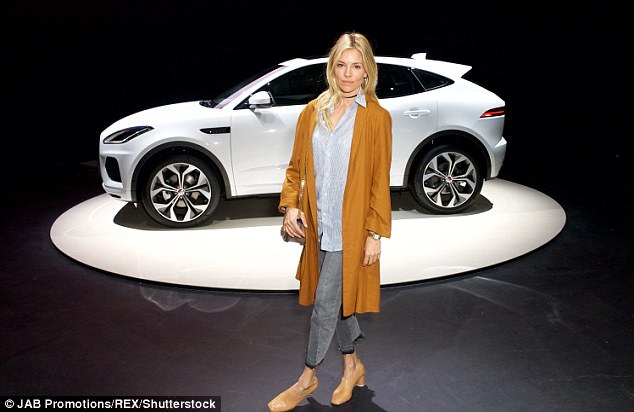 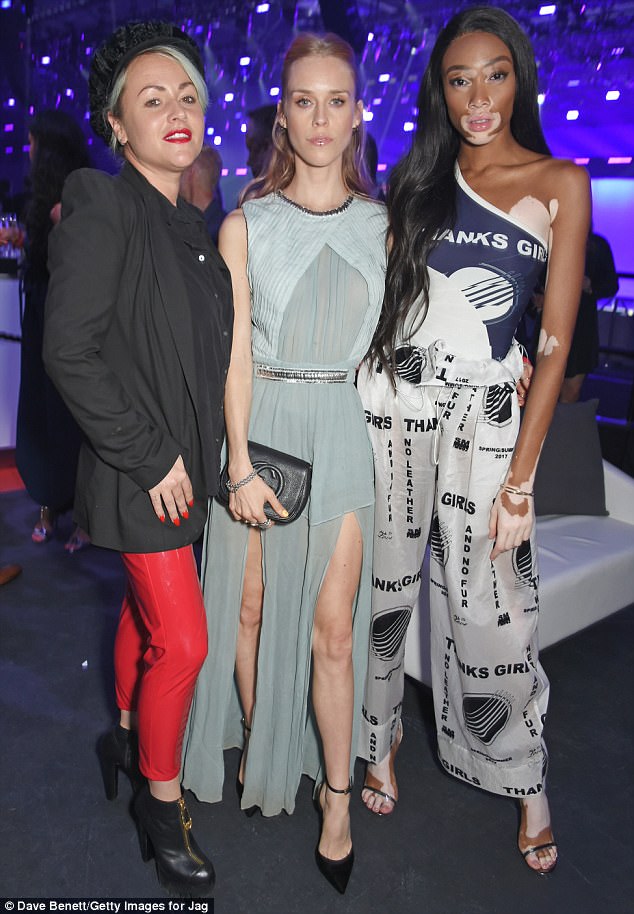 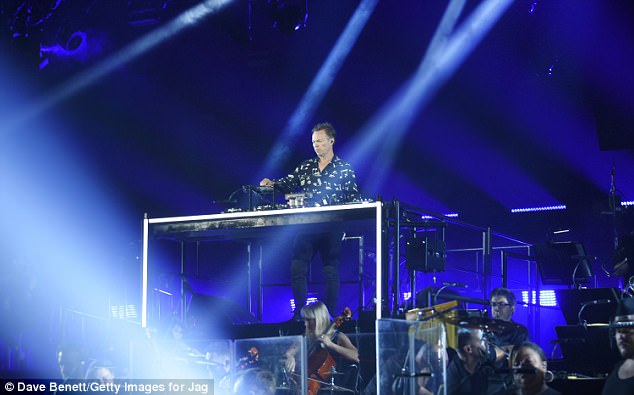 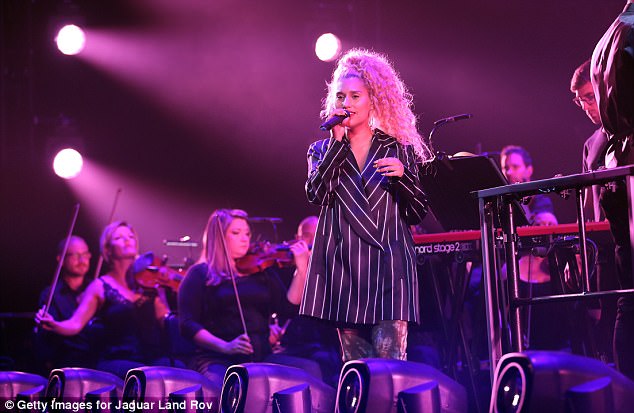 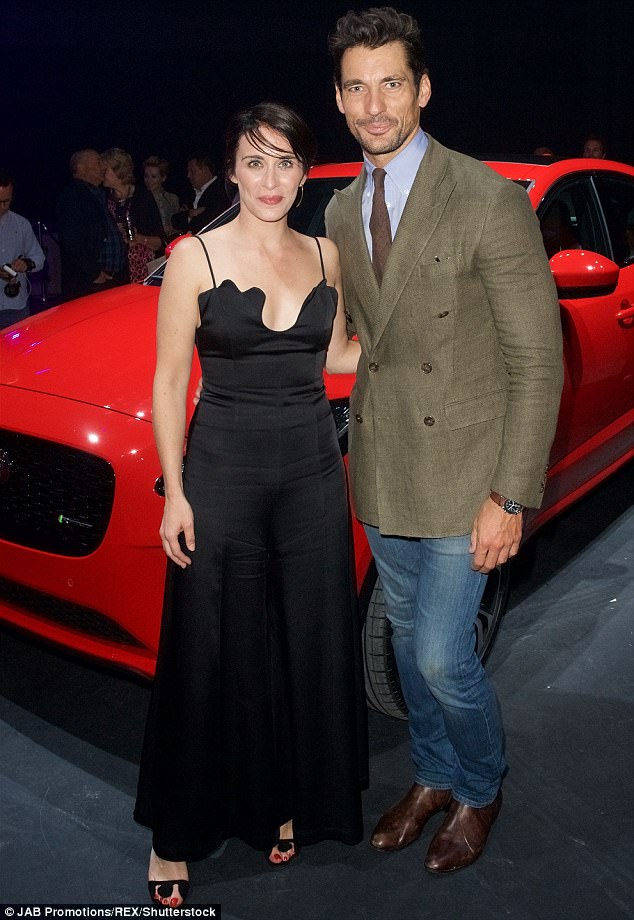 Starlet: The ‘This is England’ Actress Vicky McClure posed with male model David Gandy  in front of the new Jaguar

FEMME released her new single ‘Fire with Fire’ on the 2nd July followed by a tantalizing video set in a retro diner, directed by Ben Mahon as two patrons clad in boiler suits, go to battle in a chili eating contest.

“Like most of my best ideas they usually come to me in the middle of night deep in a cheese dream. With a habit of cooking up big ideas on DIY budgets, I knew we had to find a clever way of getting the heat into the video.

With that in mind we arrived at this dystopian chilli eating competition. Director Ben took this initial idea and ran with it and together I think we’ve realised one of my best videos to date,” she said.

“The song is about picking a fight and squaring up to a challenge, letting the world know you’re not about to be steamrolled – it’s cheeky and a little bit twisted. Just like this video.”

The track is a brassy garage-inflected tune reminiscent of Sweet Female Attitude or T2, FEMME comments, “’Fire With Fire’ is about facing a challenge and picking a fight. It celebrates squaring up to your fears, staring straight down the barrel and letting the world know you’re not about to be steamrolled”. ‘Fire With Fire’ is out now on Tape Music. Buy on iTunes. 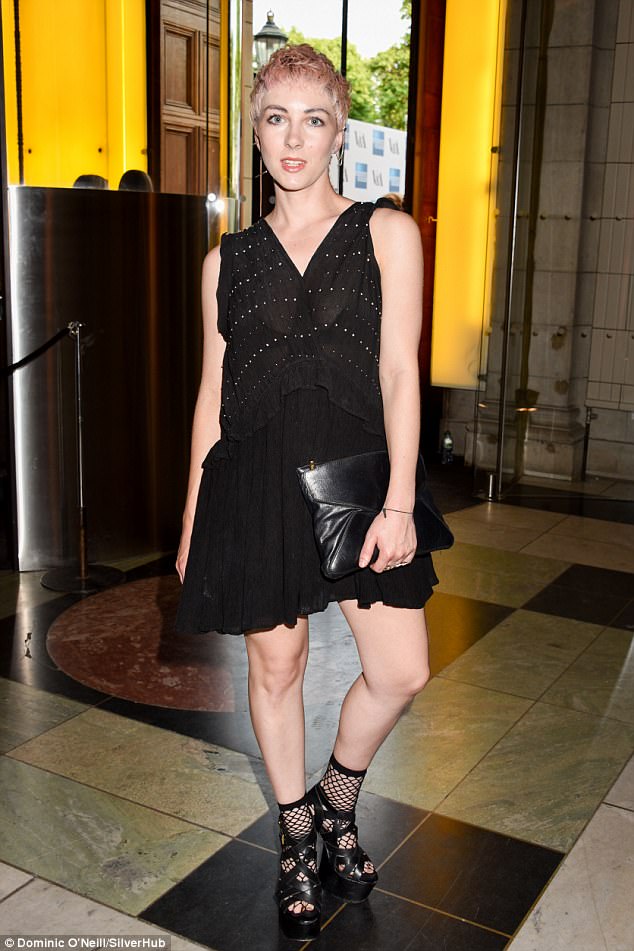 9-year-old central Illinois boy charged with murder in fatal fire that killed 5 ‘made a terrible mistake,’ but he’s ‘not a monster,’ mom says