It was one of the most anticipated reboots in the history of television and fans of the show are in for a sweet treat!

Even though Twin Peaks: The Return ended earlier this fall, diehard David Lynch fans can enjoy fun cocktails through early January at the Roadhouse Bar, a Twin Peaks inspired pop-up bar and restaurant on Melrose Avenue in LA. 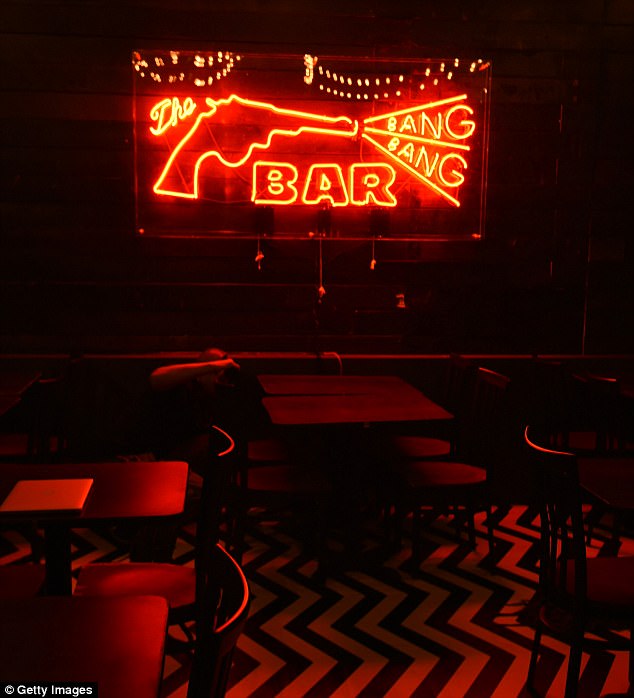 This ticketed 90-minute Roadhouse experience allows you to experience twin peaks inspired cocktails, with expert bartenders to guide you through the world of Twin Peaks.

From now through the New Year, the Melrose Umbrella Co. has completely transformed into a northwestern bar serving Showtime-approved dishes and cocktails.

For intrepid guests who are brave enough to venture into the sinister watering hole, the Roadhouse Bar will serve a Twin Peaks inspired cocktail menu. Several menu highlights include the Grey Goose cocktails: The Laura Palmer, The Diane and you will be even able to try a serving of the infamous Cherry Pie. 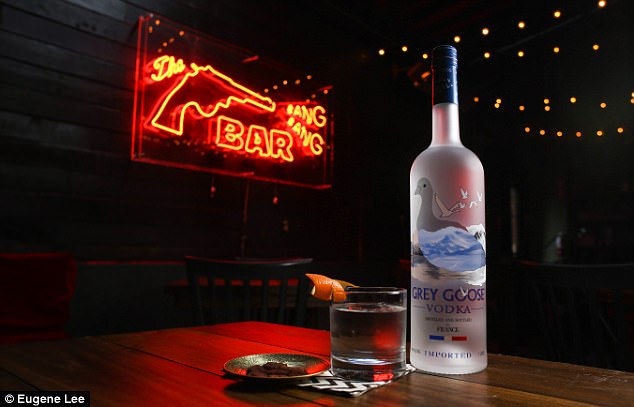 The Diane: Follows her description as “an interesting cross between a saint and a cabaret singer” in a classic martini on the rocks with an unexpected orange twist. 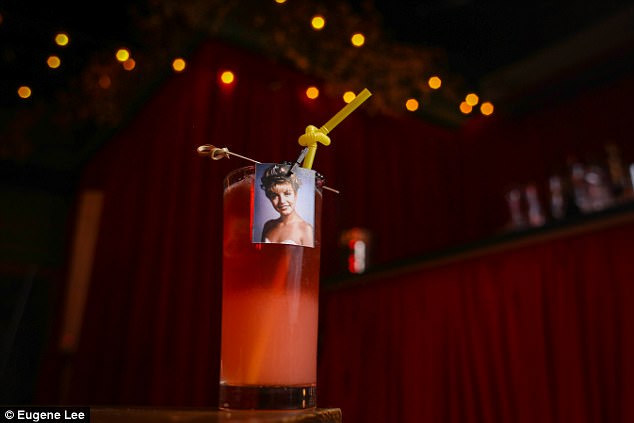 Laura Palmer: A  seemingly innocent and sweet mix of strawberry infused Grey Goose vodka and pink lemonade, is topped off with blackberry black tea – a dark twist viewers are all too familiar with. 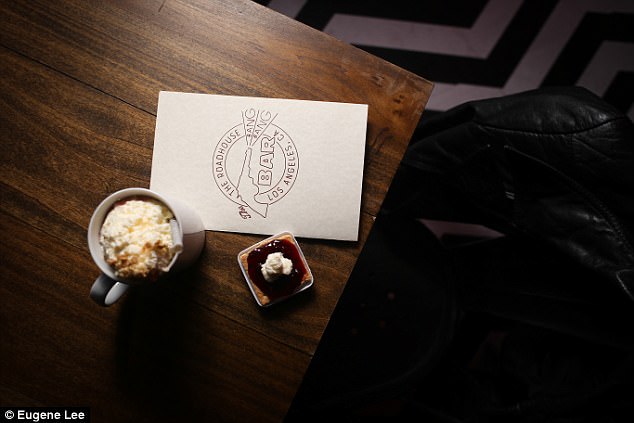 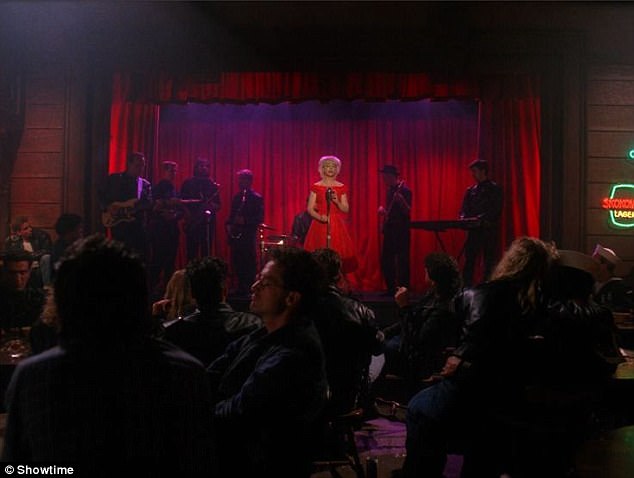 The Original: A scene with Julee Cruise on stage  from the Roadhouse Bar in Twin Peaks

The 90 minute experience will run through to the new years and there is a Brunch menu inspired by the Double R Diner menu which will serve food from 11:00am to 3pm. Purchase time slots here.

With a very limited time on Melrose Avenue, these one of a kind cocktails are worth a “trip” to Twin Peaks, Washington before the New Year 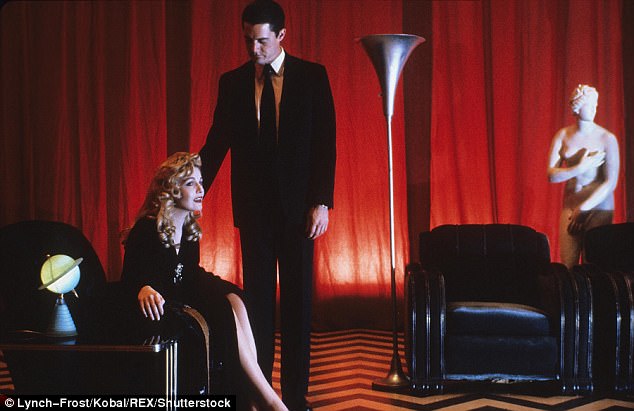 The Red Room: Guests will be able to experience a similar room at the popup

Special agent Dale Cooper, played by Kyle MacLachlan, knew that the Double R was the place to get a ‘damn good cup of coffee,’ and Messina recreated that sentiment with a donut gelato with a coffee caramel crunch.

Norma, the owner of the Double R was known for her cherry pie on and Messina’s Norma’s Incredible Cherry Pie urged fans to tuck into a Cherry sorbet swirled with shortcrust gelato and layered with cherry compote.

If there was any doubt about interest in the reboot, one only needed to take a look at the front of the venue with fans lining up around the block, clambering to get their hands on a David Lynch inspired confection. 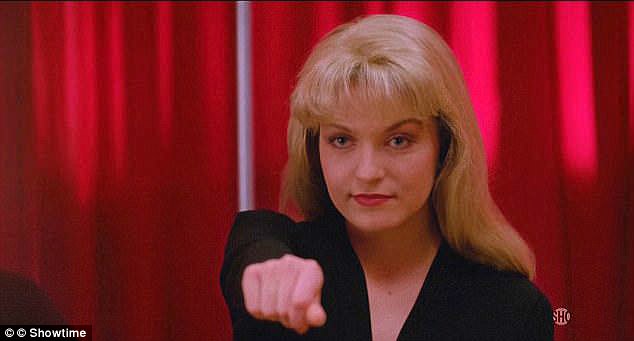 Classic Scene: ‘Hello Agent Cooper,’ greeted Laura Palmer, older but unmistakably the victim of Cooper’s case in Twin Peaks, in reverse-speak. ‘Do you recognise me?

Twin Peaks followed an investigation into the murder of popular homecoming queen Laura Palmer in the fictional Washington town of the title. Headed by FBI Special Agent Dale Cooper, played by Kyle MacLachlin, the investigation took many left-of-center twists and turns.

Starting out as a crime drama, the narrative incorporated horror, the supernatural and surrealist themes, underpinned by David Lynch’s idiosyncratic direction. Often regarded as one of the greatest television dramas ever made, Twin Peaks ran for two seasons from 1990 to 1991 and was followed with a prequel film in 1992, Fire Walk With Me.