Photographer and Director Robert Lang releases his short film ‘The Iron Sisters’ based on Two sisters confronting a world where men are a dying minority in a female led matriarchal society.

Men fear Women in a modern feminist take on the violent myth of American masculinity The film features Actress and writers Anna Newell and Kat Hessen who portray fierce sisters in the Western inspired short film.

In a interview with HERO magazine Anna Newell stated “We wanted to explore a world where a woman’s instincts are not hidden, manipulated or suppressed. “ 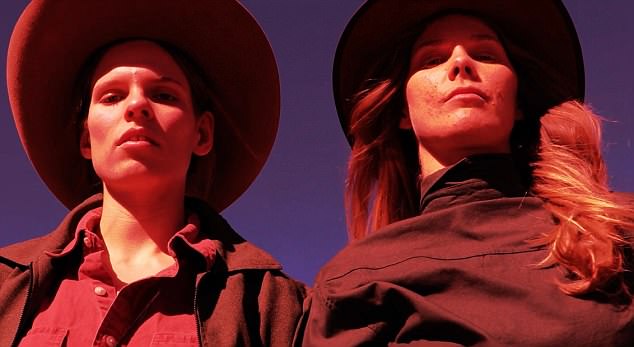 This is not your average spaghetti western thou. Women are the lead and men play the supporting character. The short film follows Fey Iron, an amicable traveler, who confronts her natural urges when she encounters a lone man in the desert.

We follow Fey and her older sister Dylan through a day of their life. They are gentle with plants, animals and each other but in a world where the roles of men and women are reversed, can women really be held at fault for the dark side of their God-given tendencies?

Film Still : The short film follows  Fey and her older sister Dylan through a day of their life

“What would a world look like in which a man would be afraid to be found alone by a woman? stated Anna Newell.

“What if the mere sight of a man’s body were an excuse for a woman to lose self control, to be overcome with a desire to conquer, to own, to objectify? In writing this film, I wanted to explore a reality in which men feared women the way women so often fear them.

I hope in experiencing a taste of this alternate reality, men and women can glean a greater understanding of each other and the roles we have been assigned and have often unconsciously adopted. 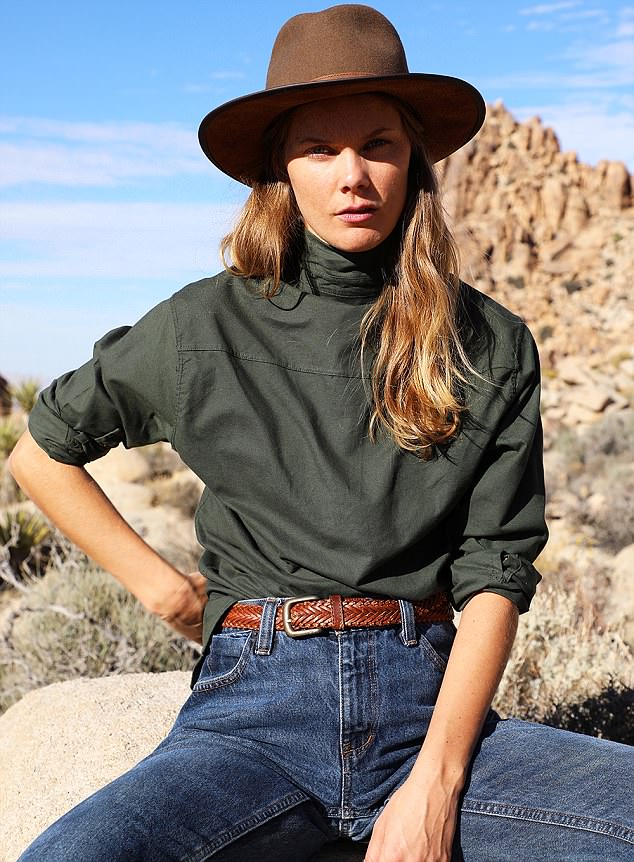 Fierce: “What would a world look like in which a man would be afraid to be found alone by a woman? stated Anna Newell

Kat hessen, originally from Norway but now residing in San Diego, California, is a film major and aspiring towards a career in screenwriting and directing.

Kat wrote a powerful essay about modern women in film and how it is percieved.

“It is unfortunate. This tendency towards gender-based brutality has tainted the history of womankind, and we all agree it would be mutually beneficial if it were to subside. However, the likelihood of every woman on this small blue planet suddenly evolving past her most primary and unalterable biological urges towards violence and sexual aggression…we cannot and do not expect such unnatural changes overnight. Therefore, we can only encourage our men to accept their task of discouraging and de-escalating dangerous situations. 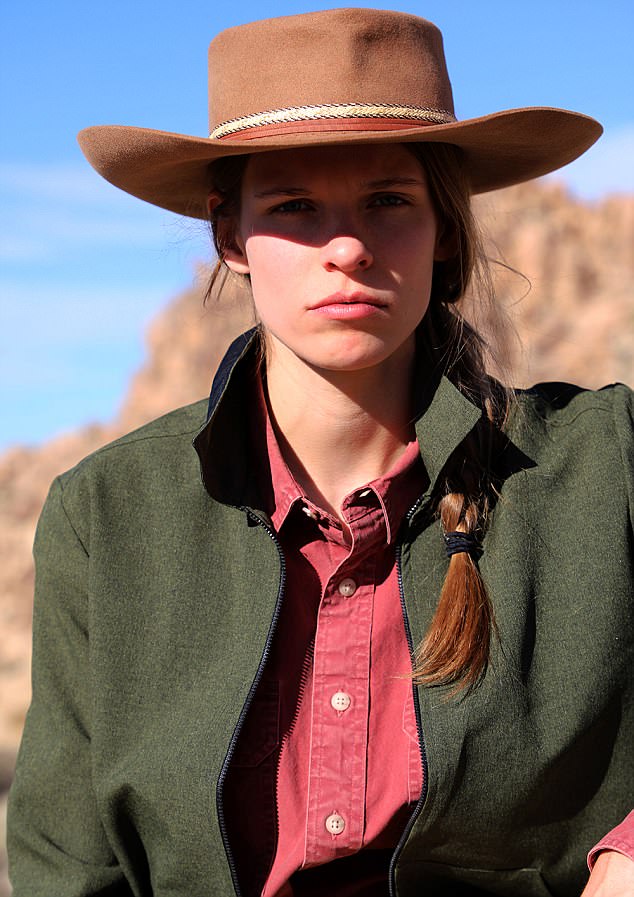 Strong: Kat hessen, originally from Norway but now residing in San Diego, California, is a film major and aspiring towards a career in screenwriting and directing

We advise all men to be cautious when traveling alone in crowded, sparsely populated, or desolate areas. Avoid moving around after dark, and stay in groups whenever possible — safety in numbers.

Dress appropriately and modestly, making an effort not to attract unwanted attention to yourself and your body. If approached by a woman, do not offend, challenge or reject her. If you cannot protect yourself from her advances, and fall victim to a violent or sexual crime, it may serve you well to reflect on your role in provoking her anger.

Adapting your own behavior is always the easiest safeguard against an attack. We wish all our fellow women would respect and value men the way we do, but due to the inherently aggressive and pleasure-driven biology of the female population, we must be extremely proactive in fighting violence against men.

In our current day and age, we still have to live within the sometimes unfair norms and laws of the matriarchy. These frames naturally favor the stronger, more aggressive sex, occasionally leading to oppression of the more genteel and pacific male specimens of our species. Sometimes these innate differences between the sexes lead to violence, and even death. It is unfortunate.” 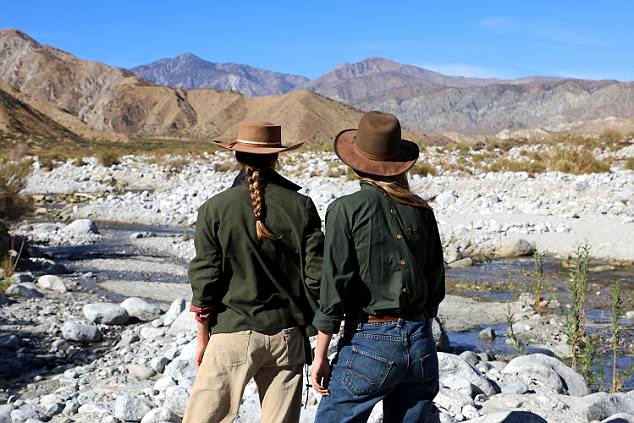 Breathtaking: The film was filmed in the California desert in the USA

Director Robert Lang said In the climate that we exist in right now in America, women’s rights are being pushed to the limit.

It’s more than important now to be involved and working in films written by women about issues that don’t exist in film right now. As a male director it was a challenge to take this on as I haven’t had to experience the harsh reality of being a woman. We had to co-exist in the process of the filming and it was a collaboration from beginning to the end.

The main challenge wasn’t to produce a man hating film but to touch on issues and play a role reversal of women and men in film by intentionally sexualizing the male character. 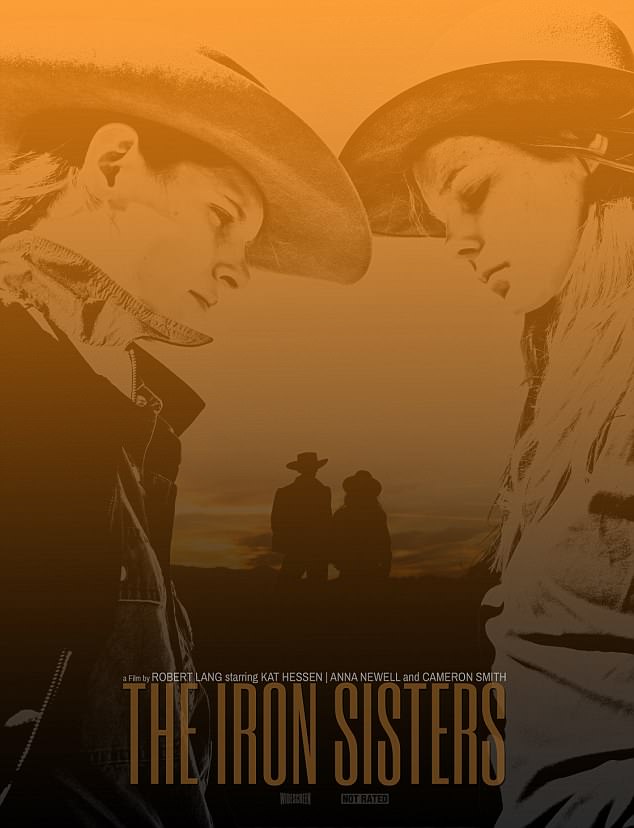 Film Poster: Robert Lang said in the climate that we exist in right now in America, women’s rights are being pushed to the limit

Advocates push for health and sex education to be required in Illinois public schools: ‘Students crave this knowledge’