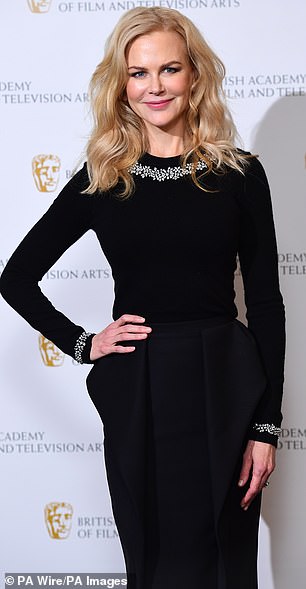 Nicole Kidman said her youngest daughters are forbidden from seeing a film in which she plays a self-destructive ‘tortured soul’ of a policewoman.

‘It’s a raw, complicated and, hopefully, compelling film,’ the 51-year-old actress said of Destroyer, in which she gives a gripping performance as an undercover drugs detective whose life is shattered after an operation goes awry.

Her character, Erin Bell, becomes trigger-happy and damaged. ‘She can handle a gun — and handle herself — if she’s attacked, but there’s a woman underneath who’s full of rage.

‘She destroys those who go after her, and she’s destroying herself. I don’t want my girls to see this,’ she said, referring to Sunday Rose, ten, and Faith, seven, her daughters with husband Keith Urban.

She thought for a moment and added: ‘It sounds like there’s wholesale violence, but there isn’t. Erin can shoot like she was born to shoot. But there’s nothing gratuitious.’

The ravaged, emaciated Erin is a mother herself, and throughout the film is ‘trying to make amends to her own daughter’.

Director Karyn Kusama’s film, which opens here on January 25, was made on a low budget and there were no frills. ‘It was a crazy ride, taking on such a part at this stage of my life and career,’ Kidman admitted. ‘But I connected to her because she’s a mother, and I wasn’t scared that she was pumped up full of alcohol and drugs because I’ve seen that.’ 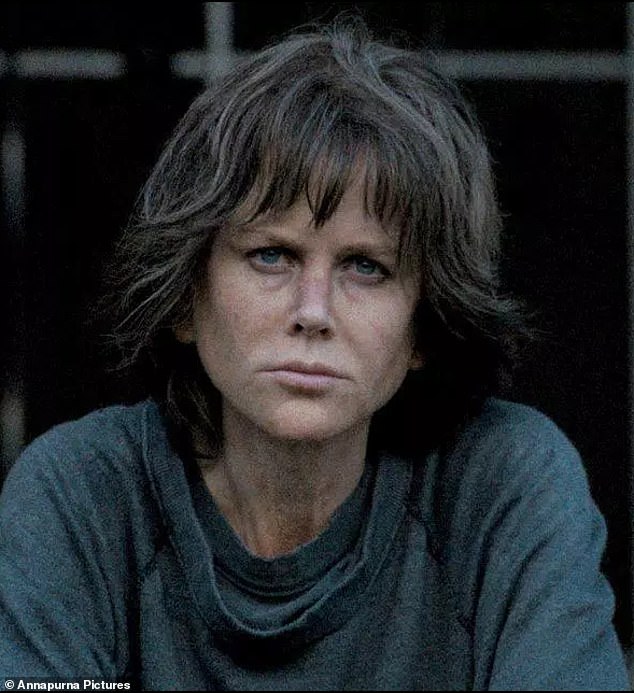 ‘It’s a raw, complicated and, hopefully, compelling film,’ the 51-year-old actress said of Destroyer (pictured in the film)

We were chatting at the headquarters of the British Academy of Film and Television Art. Kidman, Urban and their daughters had stopped off in London en route to Australia to spend Thanksgiving there.

Soon, though, they will head home to Nashville, where her singer-songwriter husband does most of his work. The actress is keeping busy, too. She’s filmed the second season of Big Little Lies with Reese Witherspoon and Meryl Streep. A comedy called The Upside, which she made with Bryan Cranston and Kevin Hart, will be released in the New Year.

And she has a small role in Aquaman (which her daughters will be able to see).

‘Destroyer is the first lead I’ve done in a long time,’ she said. ‘I’ll do a day or a week or two on a film if I believe in the project. I have no airs and graces about any of that. I’m a working actor.’

– Stanley Townsend, right, who will play Addison DeWitt, the vicious theatre critic who gets the measure of ruthless Eve Harrington in All About Eve, the story of an unknown who wants to supplant reigning Broadway star Margo Channing. 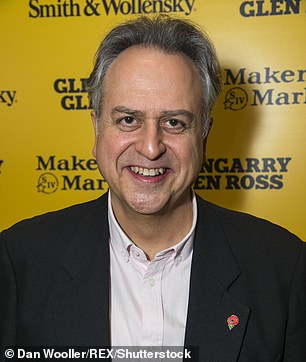 Stanley Townsend will play Addison DeWitt, the vicious theatre critic who gets the measure of ruthless Eve Harrington in All About Eve

A stage version, directed by Ivo van Hove and starring Gillian Anderson, Lily James and Townsend, begins performances at the Noel Coward on February 2, taking over from current occupant The Inheritance (which won writer Matthew Lopez the Evening Standard’s award for best play). Eve has sold close to £3 million worth of tickets already.

– Christian Bale and Amy Adams, who are giving masterclass performances as Dick Cheney (George W. Bush’s number two in the White House) and his wife Lynne in Adam McKay’s unmissable film Vice (which is out here on January 25).

Cheney was doing the most extraordinary things, in plain sight, when he was vice president. It’s a movie about how to attain power in the most underhand way.

3 Hours From Alert to Attacks: Inside the Race to Protect U.S. Forces From Iran Strikes