The cast of Rent: Live broke bad news to viewers during its live broadcast on Sunday on Fox.

Jordan Fisher and Vanessa Hudgens huddled with the cast as they addressed the audience early in the three-hour broadcast.

Vanessa, 30, was the messenger as she revealed that ‘Brennin Hunt, our Roger’, during Saturday rehearsal ‘broke his foot’ and ‘won’t be performing tonight’. 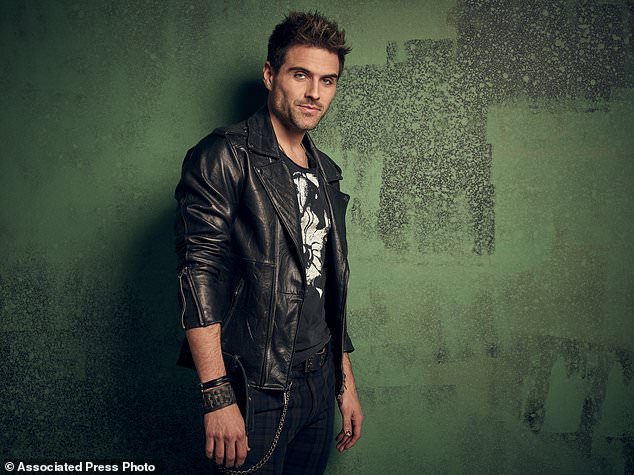 Broken foot: Brennin Hunt, shown in an undated file photo, broke his foot during a Saturday rehearsal for Rent: Live and was unable to perform on Sunday on the Fox show

Jordan, 24, told viewers that most of the show would be pre-taped from Saturday’s night rehearsal performance and that Brennin would join them for the final number.

He then said that the cast and crew had embraced the ‘show must go on’ mentality and cited late Rent creator Jonathan Larson saying, ‘No day but today’.

Brennin, 26, took to Instagram Stories on Sunday and shared a video showing a cast on his right foot while his trousers were being altered so he could participate.

‘We had to customize these pants because of that thing,’ Brennin said pointing to his foot. 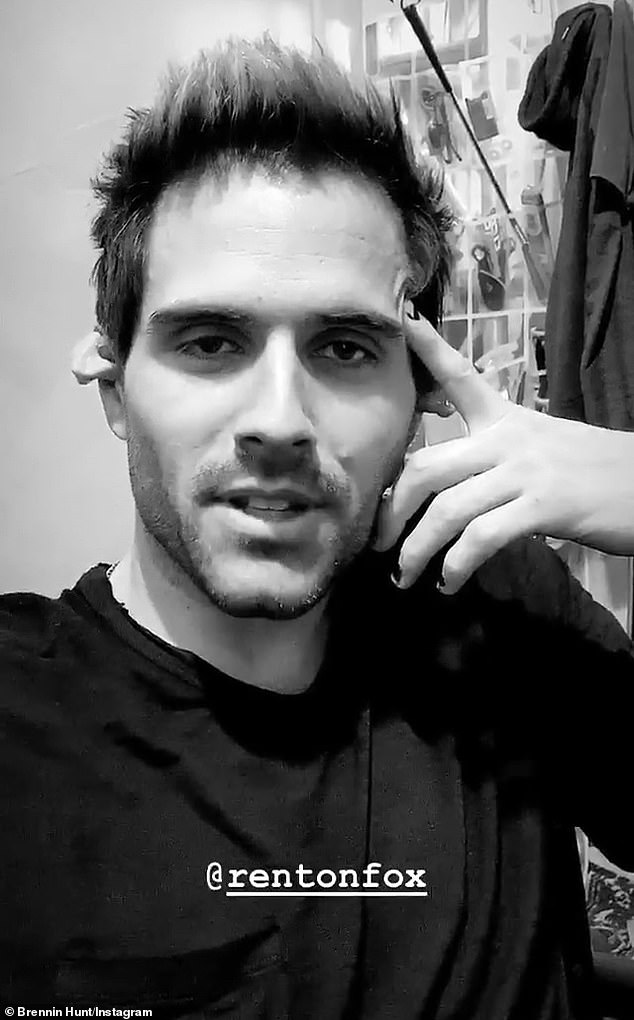 Social media: Brennin took to social media on Sunday after breaking his foot in rehearsal 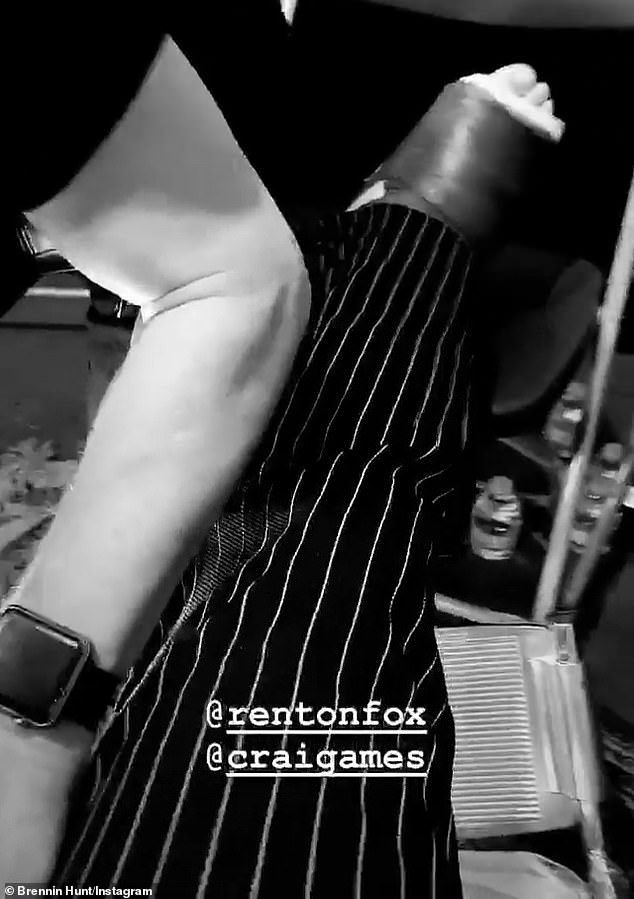 Altered pants: The actor had to have his trousers altered due to his foot cast

‘Breaking my foot last night was not fun, but it’s been great being back on set with everybody,’ he added.

‘I love these people so much. They’ve showered me with love and kindness, which is the essence of this musical and I am just truly honored and blessed to be part of this Rent family and I hope you guys enjoy tonight,’ Brennin said.

Brennin suffered the foot injury in rehearsal during the final act, according to The Hollywood Reporter.

‘Last night during a live performance of Fox’s production of Rent, one of the actors, Brennin Hunt, was injured,’ read a statement from Fox. 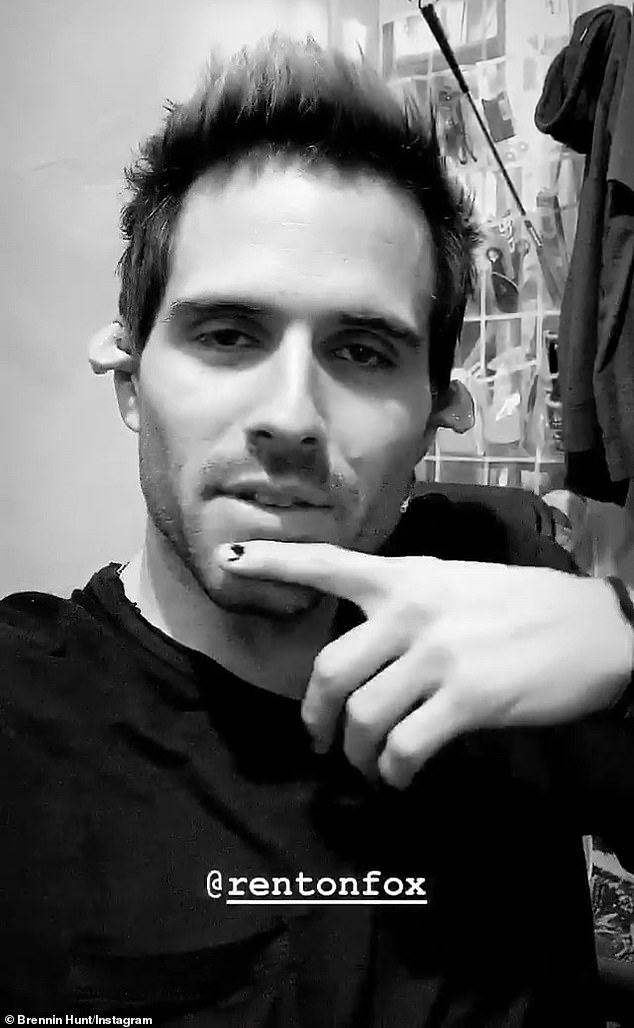 Not fun: The 26-year-old actor said breaking his foot was ‘not fun’ but he was glad to be back with the cast

‘But in the spirit of Rent, everyone — producers and cast, original and current — is dedicated to ensuring that tonight’s broadcast must, and will, go on,’ the statement concluded.

There are no understudies for the primary cast members, which includes Vanessa, Tinashe and Kiersey Clemons, but Fox has confirmed that they were using recorded portions from Saturday’s rehearsal during the live broadcast. 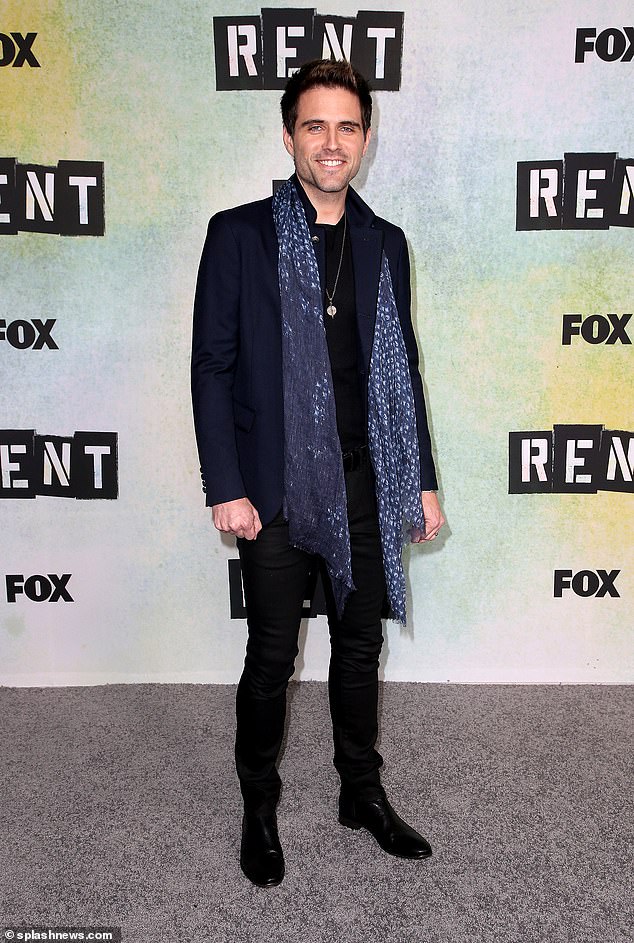 Fox statement: ‘Last night during a live performance of Fox’s production of Rent, one of the actors, Brennin Hunt, was injured,’ read a statement from Fox

During an interview with The Hollywood Reporter, director Alex Rudzinski spoke about their ‘back-up plan’ in case something goes wrong.

‘What we do have is a backup recording from the night [before],’ Rudzinski said during the production’s press day.

‘So the night before we do a full dress rehearsal on camera to tape, so should the metaphorical meteor hit the studio, we can switch to that back up recording, and it’s with an audience, and so there is a degree of back up there.’ 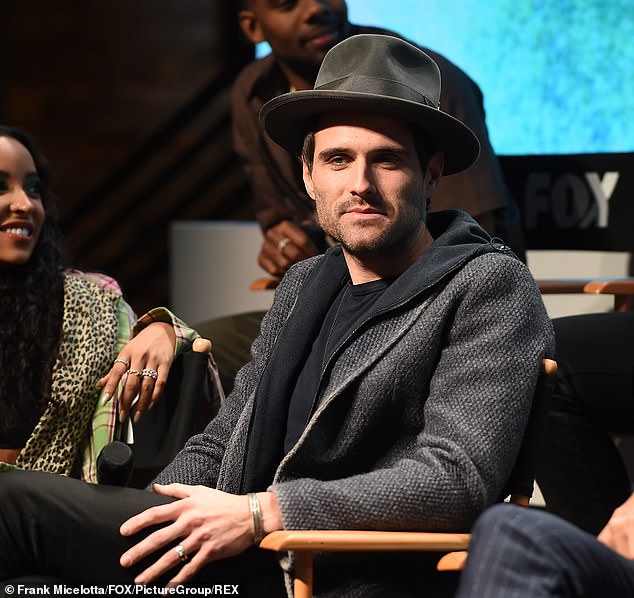 Backup plan: Brennin, shown earlier this month in Los Angeles, did not have an understudy

He added that they had a similar back-up for 2016’s Grease: Live, which he also directed, which they had to use, briefly.

Reporters from THR were present when the injury took place, revealing that the injury actually took place during the final commercial break, when the actor was not on stage. 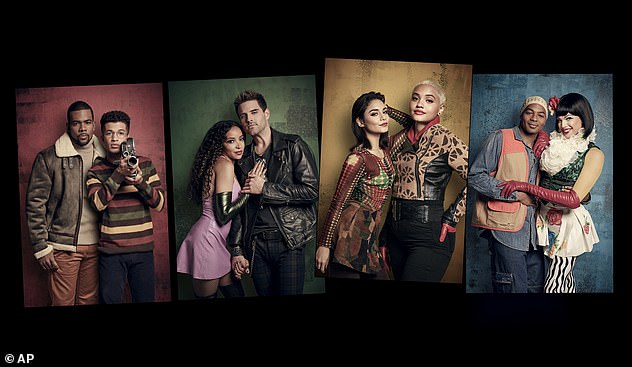 Greif said that Hunt had wanted to complete the performance, which only had approximately 15 minutes left when the injury took place.

Hunt competed in The X-Factor and appeared in Nashville. He is playing the part in Rent originated by Adam Pascal.

The high-energy rock musical celebrates survival among the artists and homeless of New York’s East Village. It contains the memorable songs Seasons of Love and Another Day. 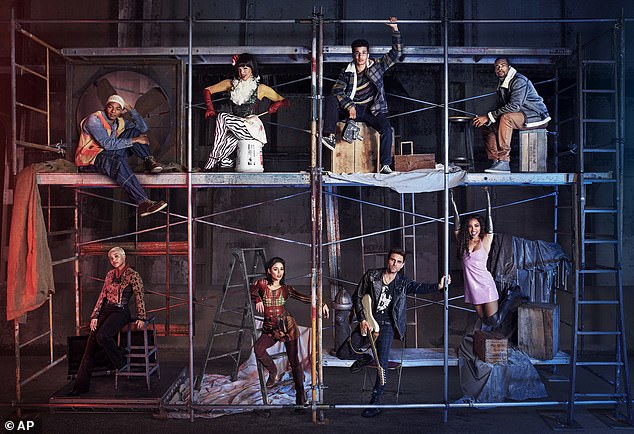 Show will go on: Greif said that Hunt had wanted to complete the performance, which only had approximately 15 minutes left when the injury took place

As Syria’s army advances into Idlib, a mass exodus is underway