Claire Foy ordered us both non-alcoholic cocktails at Kettner’s in Soho but it took a while to drink them because every 20 seconds someone would stop to tell her how fabulous she was in Damien Chazelle’s movie First Man, in which she portrays the wife of Neil Armstrong (Ryan Gosling).

To me, it’s a movie about a family. The bid to get U.S. astronauts to the moon is simply a magnificent backdrop.

Soon Chazelle, below with Foy, joined us. Then Richard Curtis collared Claire, to tell her he was hypnotised by her eyes in the film, or rather how she used them to convey Janet Armstrong’s pain. 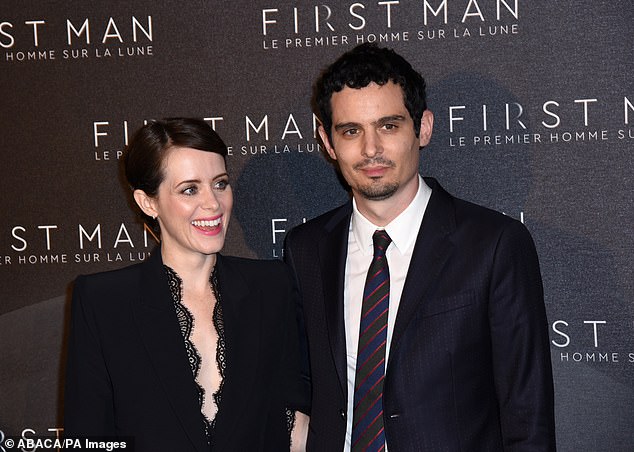 Stephen Daldry was close behind. He and Foy became good friends after he cast her as Elizabeth II in The Crown.

Chazelle met Mrs Armstrong and taped five hours of conversation before filming. ‘That tape was instrumental in helping me find out about Janet,’ Foy said. ‘Her speech patterns, tone, told me so much. I’m sad I didn’t meet her but also glad, because I would have been so embarrassed asking her personal questions,’ she said of the woman who died in June, a few months before First Man opened.

Armstrong’s sons Mark and Eric both paid moving tribute to Foy when I saw them at the Toronto International Film Festival, saying she had ‘totally captured our mother’. She’s the heart of the film. 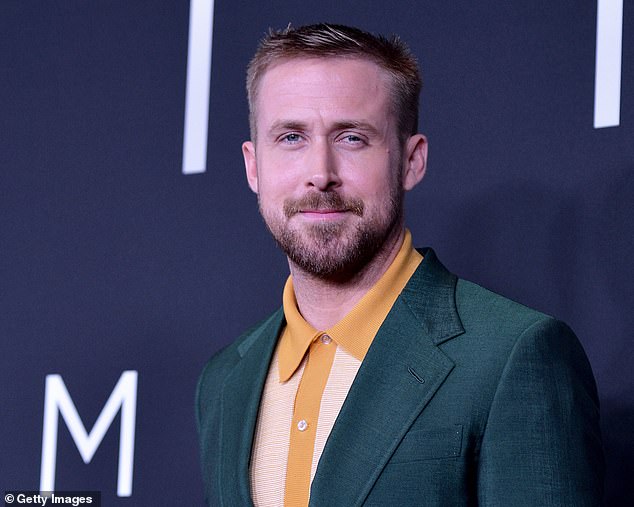 I’d like to propose a toast! The cast of Evening Standard Theatre Award-winning musical Company — led by Rosalie Craig and Patti LuPone — will go in to Rak Studios in St John’s Wood on Sunday to start making the cast recording.

Director Marianne Elliott and producer Chris Harper have secured composer Stephen Sondheim to oversee the sessions. Cameras will film each number, with excerpts to feature in a documentary about the gender-swap show.

Behind Trump’s Dealings With Turkey: Sons-in-Law Married to Power