Tristan Thompson was spotted shooting hoops with an NBA rival ahead of the upcoming Keeping Up With The Kardashians episode which will show his cheating drama with Jordyn Woods unfold.

A source tells DailyMailTV that Thompson, 28, entered the gym with his ‘associates’ around 10.30am where he was practicing with a shooting coach.

About an hour later 28-year-old Seth Curry – the younger brother of Golden State Warriors star Steph Curry – walked in alone with a gallon of water in hand.

‘As soon Seth walked in, Tristan went to other side of the court to allow Seth to dribble and shoot in the half court, where Tristan had started working out at first,’ they said. 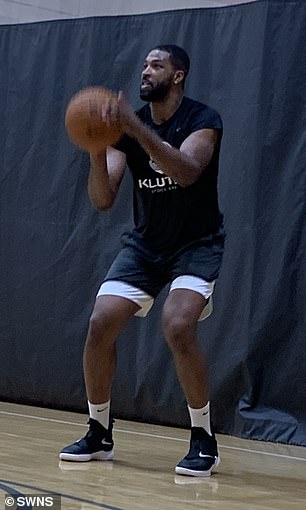 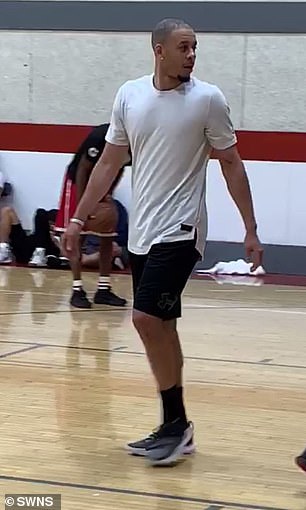 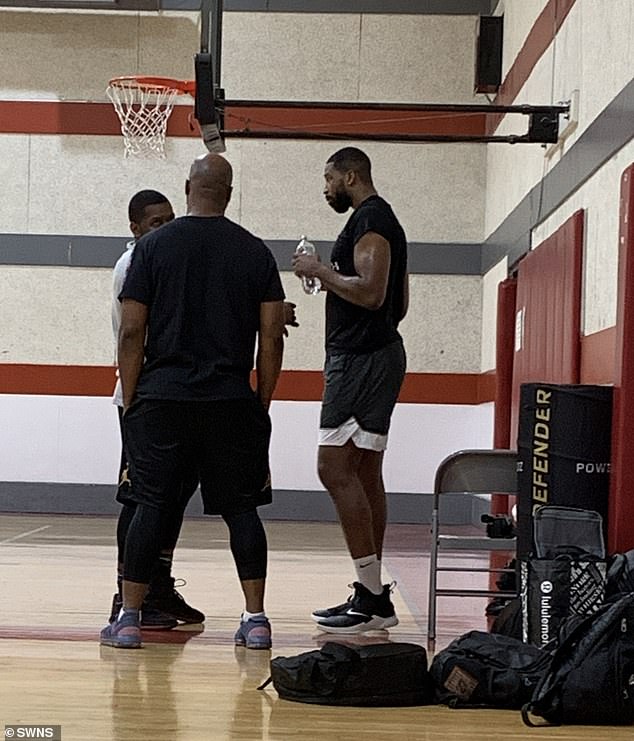 Thompson, 28, was working with his shooting coach for about an hour when Seth Curry – the younger brother of Golden State Warriors star Steph Curry – walked in 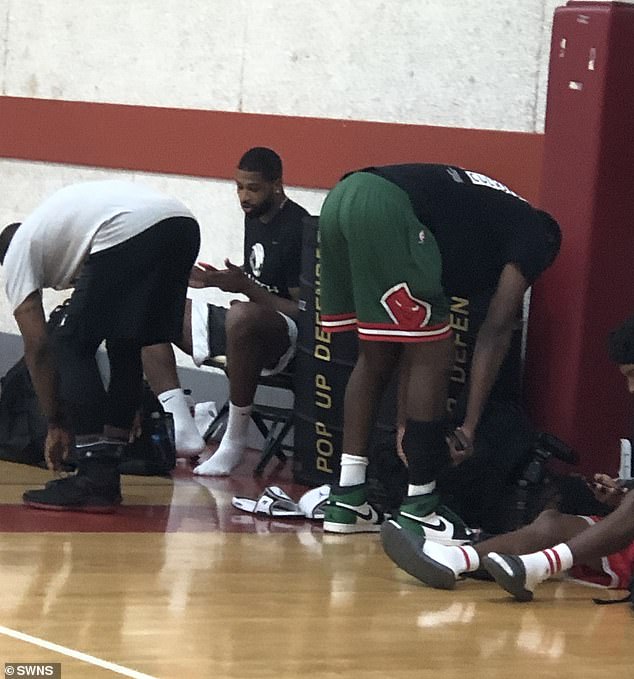 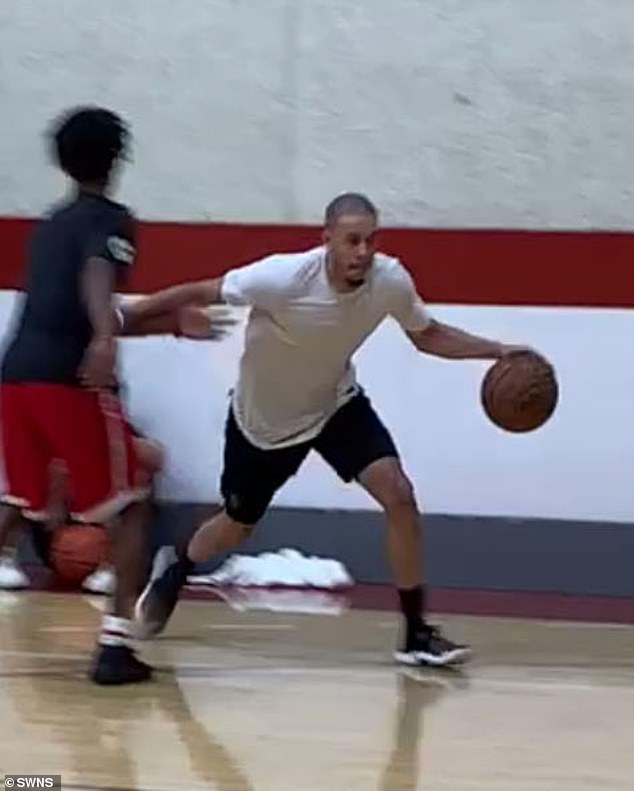 ‘As soon as Seth walked in, Tristan went to other side of the court to allow Seth to dribble and shoot,’ a source tells DailyMailTV

Thompson appeared relaxed in the offseason consider he’s had his fair share of family drama off the court.

The father-of-two’s sighting this week was not far from where his ex Khloe Kardashian lives.

The couple split amid multiple reports of cheating on her while pregnant with their daughter True.

Sunday’s upcoming Keeping Up With The Kardashains episode will reveal the moment Khloe found out that Thompson had betrayed her once again by cheating with longtime family friend Jordyn Woods.

A sneak peek of the episode shows a dumbfounded Kim Kardashian staring at her phone after hearing the news on the set of the E! show.

‘Tristan and Jordyn were all over each other last night,’ family friend Larsa Pippen can be heard saying as Khloé wipes away her tears.

‘I knew who he was, I never in a million years thought that’s who she was,’ blindsided Khloe confessed.

Tristan was also recently accused of being an absent father by his ex-girlfriend Jordan Craig, with whom he shares son Prince, in court documents. 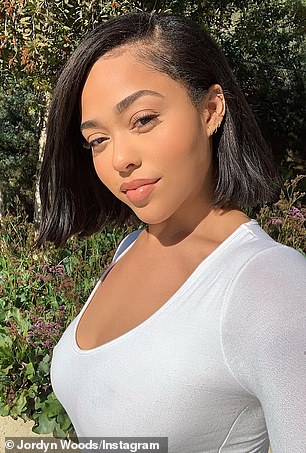 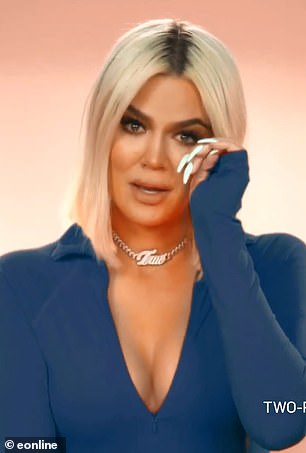 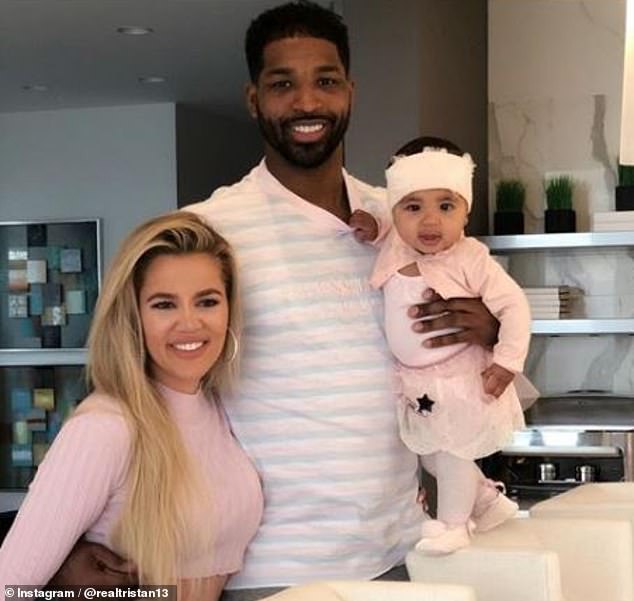 The father-of-two’s sighting was not far from where his ex Khloe Kardashian lives with his daughter True, pictured together as a family before the split

Meanwhile, it appeared to be an amicable encounter between the two NBA stars considering Seth’s brother’s team – the Golden State Warriors – have a longstanding rivalry with Thompson’s Cavaliers.

The rivalry began during the 2014-2015 season when the teams met in the first of what would be four consecutive NBA Finals until this year’s 2019 Championships.

The Warriors won three championships and the Cavaliers took home the trophy in 2016, but no pair of teams had faced each other in more than two consecutive Finals prior to the streak.

It appears the tensions were squashed, however, when the Cavaliers missed the playoffs this season after Lebron James’ left the team – leading to the Toronto Raptors taking home the championship trophy against the Warriors. 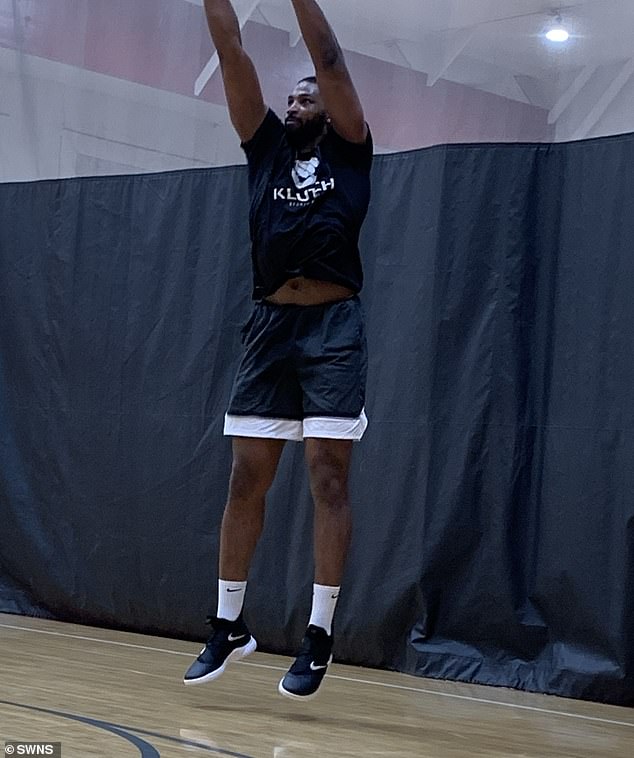 Jump shot! The 6’10 former boyfriend of Khloe Kardashian was keeping his basketball skills in check after the Cavaliers failed to make it to the NBA Finals 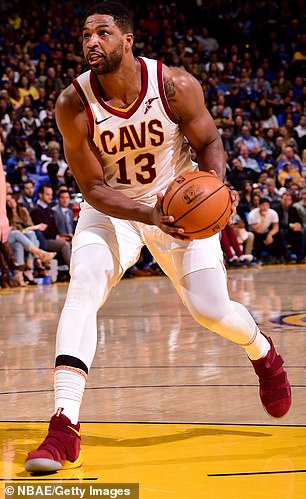 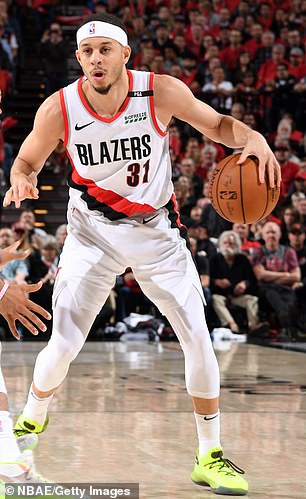 The two NBA stars appeared amicable as they shot around the LA gym and enjoyed the offseason, though they did not play together 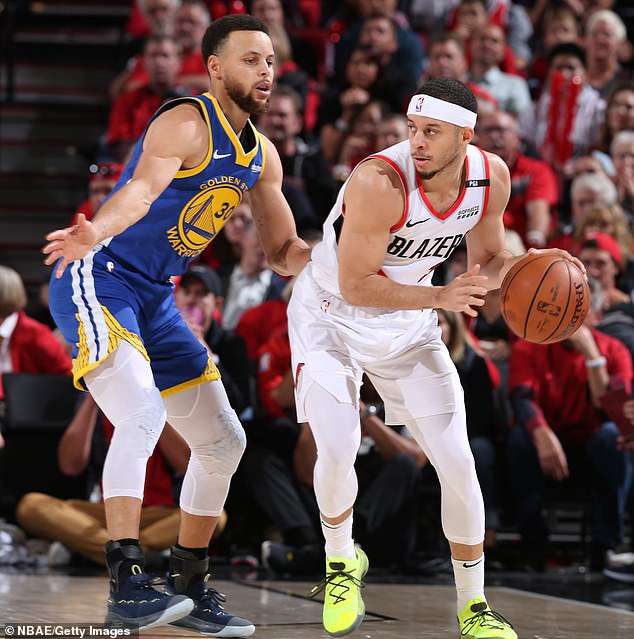 Seth, 28, (right) is the younger brother of Golden State Warriors star Steph Curry, 31,(left) – whose team has a longstanding rivalry with Thompson’s Cavaliers. The brothers faced each other last month in the Western Conference Finals

Video obtained by DailyMailTV shows both Curry and Thompson dribbling on the court and shooting around with others.

The two men never appear to play against one another.

Steph and Seth Curry, whose father is former NBA star Dell Curry, are considered to be among the finest three-point shooters in the league.

The brothers made history in May when they went head-to-head in the Western Conference finals where Golden State beat Portland Trail Blazers in overtime.

Their parents, Dell and Sonya Curry, wore both their sons’ jerseys in a show of support, proving there was no family rivalry.

Justin Timberlake EXCLUSIVE: Out for the first time since APOLOGIZING for night with co-star

Trump’s New Message: Time to Move On to the Economic Recovery