The rapper and her boo reportedly visited the Beverly Hills Courthouse on Monday, according to sources at TMZ.

The couple reportedly tried to keep a low profile as they waited at the marriage license bureau’s window to get their paperwork. 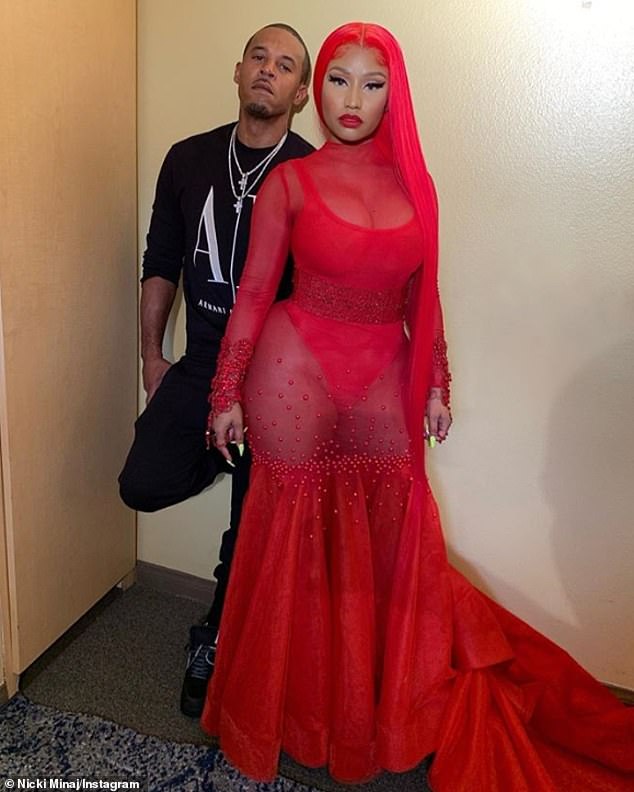 Nicki and Kenneth were seen waiting in a line that was marked for ‘marriage licenses and ceremony appts. ONLY’

Kenneth paid for the license while Nicki stood nearby, hiding her bright crimson locks under a baseball hat. This would be Nicki’s first marriage.

It’s unclear when the couple are planning to tie the knot, but typically a marriage license is only good for up to 90 days.

Wedding license reports come after Nicki originally revealed she obtained a marriage license back in June.

‘We did get our marriage license,’ Nicki said on the show, Queen Radio on the 20th of June.

‘I think I have what I was striving for, just happiness,’ she explained. ‘It was so hard to get to a happy place. Now that I’m there I don’t want to compromise that for anyone of anything. Certain traveling things I don’t wanna do it. I’m just enjoying my downtime.’ 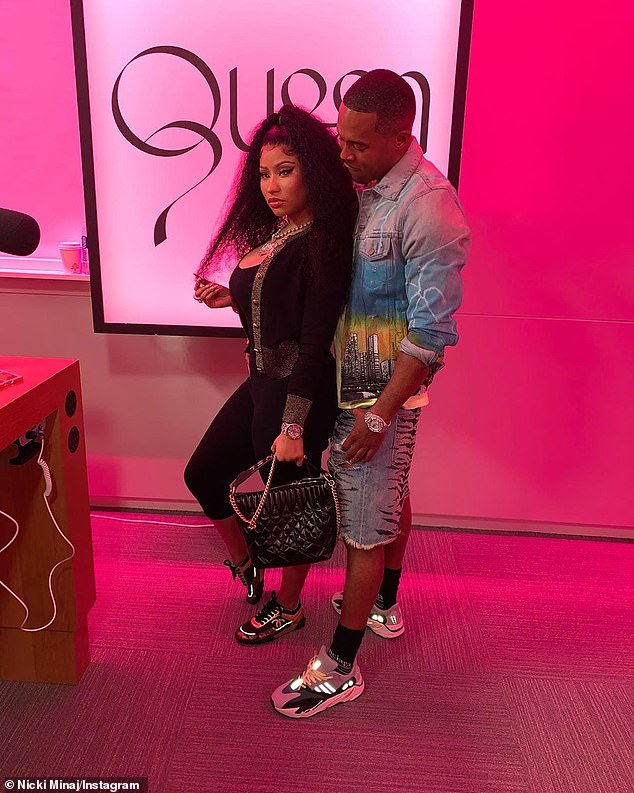 Nicki’s announcement comes after Kenneth co-starred in the music video that dropped last month for her single Megatron.

The single is dotted with lyrics about Kenneth, including: ‘I f***him like I miss him. He just came out of prison.’

She has faced public criticism for her romance with Kenneth, a manslaughter convict and registered sex offender who apparently goes by the nickname ‘Zoo.’

Kenneth spent seven years behind bars for first degree manslaughter, which he pleaded guilty to after being charged with second degree murder, TMZ reported. 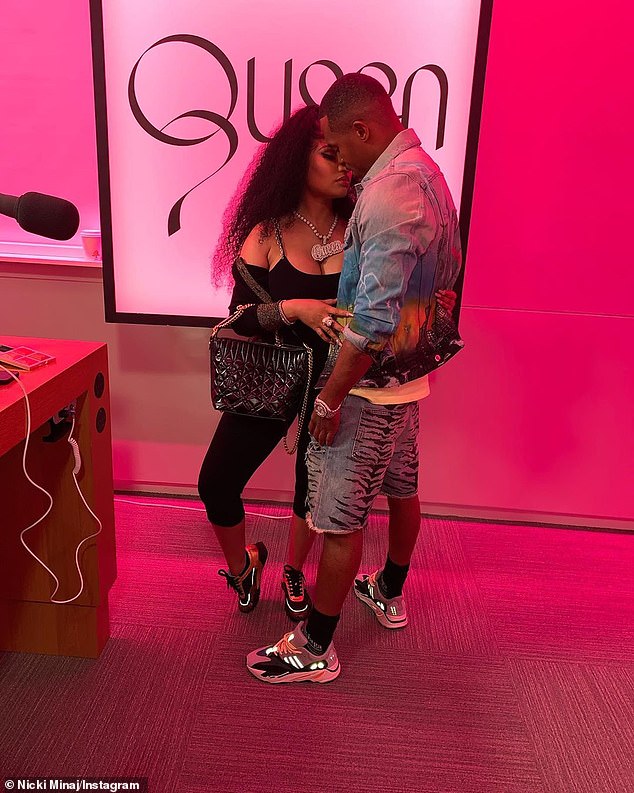 ‘I think I have what I was striving for, just happiness,’ she explained, adding: ‘It was so hard to get to a happy place’

Citing insiders in law enforcement, the website claimed that Kenneth shot one Lamont Robinson three times on a street corner in Queens in April 2002.

Kenneth and some associates allegedly drove to a point across the street from Lamont, whereupon Kenneth emerged from the vehicle and walked over to his victim before firing into his stomach.

Lamont identified a photograph of his killer to police before dying in the hospital shortly after being shot, per court documents. 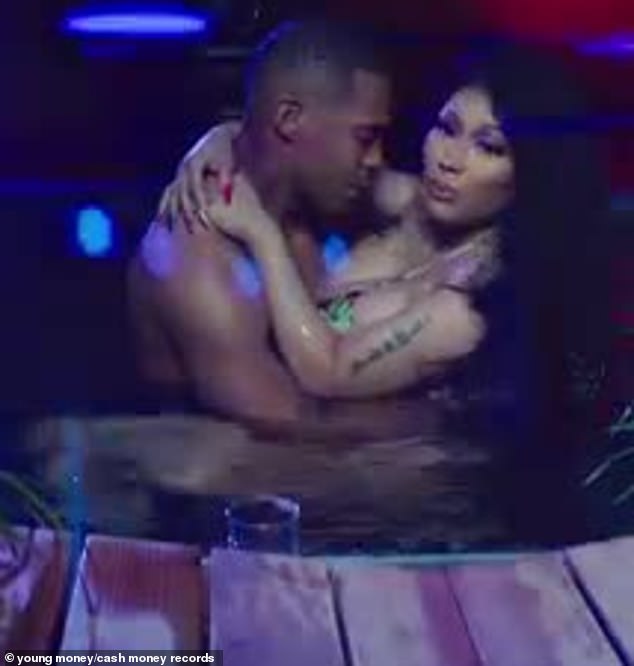 ‘I f*** him like I miss him’: Nicki’s announcement comes after Kenneth co-starred in the music video that dropped Thursday for her brand new single Megatron

An investigator dismissed the reason for the shooting as ‘bulls***’ to TMZ, whose sources theorized that the violence was gang-related.

Kenneth, 41, earned his sex offender status after being convicted in 1995 of the first degree attempted rape of a 16-year-old girl.

He made use of a ‘knife/cutting instrument’ during the crime, according to public records from the New York Division Of Criminal Justice Services.