Kahl addressed the issue while appearing on the TCA Summer Press Tour Thursday in Los Angeles, where he was asked about remarks made by Perrette, 50, as recent as June.

‘I can’t speak to to what she’s addressing in her tweets,’ Kahl said of Perrette, who left NCIS after its 15th season in and has since signed on to the CBS comedy Broke, which hits the air next year.

‘She came to us with a workplace concern, we immediately investigated it and resolved it to everyone’s satisfaction,’ he said, ‘and we’re very happy to have her on the air with us this year.

‘I don’t think she’d be back with us if she had huge concerns.’

She left amid a dispute after a crew member needed 15 stitches after suffering a bite from Harmon’s dog in 2016, which led Perrette to demand Harmon, 67, not bring his dogs back on the set of the long-running series, according to The Wrap.

Perrette on June 7 took to Twitter to address questions from fans about if she would ever return to the procedural crime drama, which she starred on as Abby Sciuto. 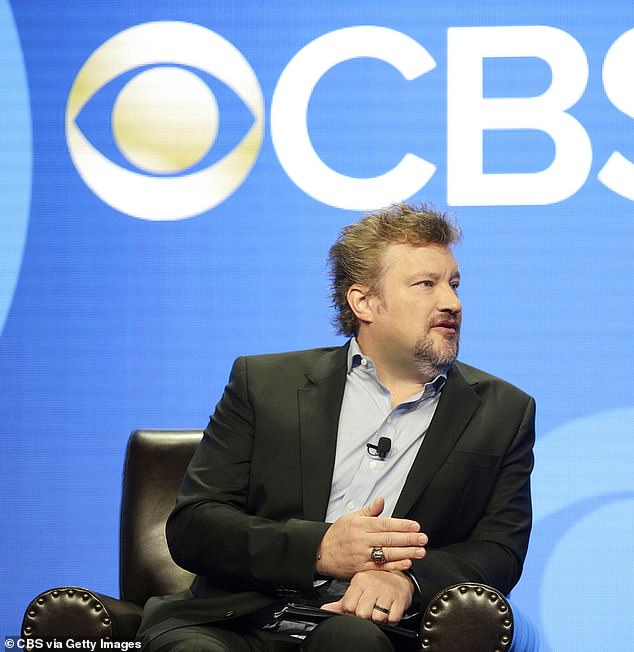 Response: Kahl said at the event that Perrette ‘came to us with a workplace concern’ and ‘we immediately investigated it and resolved it to everyone’s satisfaction’ 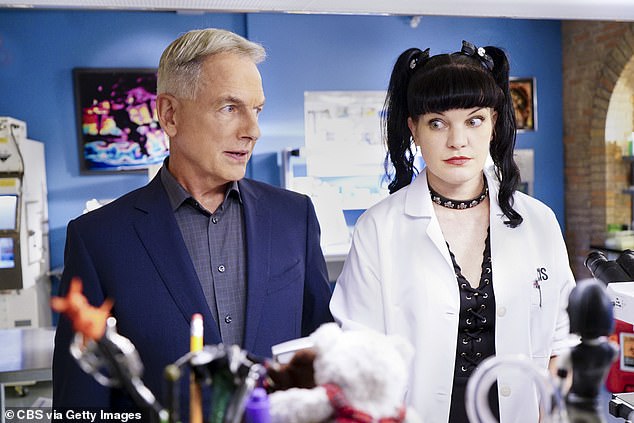 Moving on: Perrette left NCIS after her 15th season on the show and has since signed on to the CBS comedy Broke 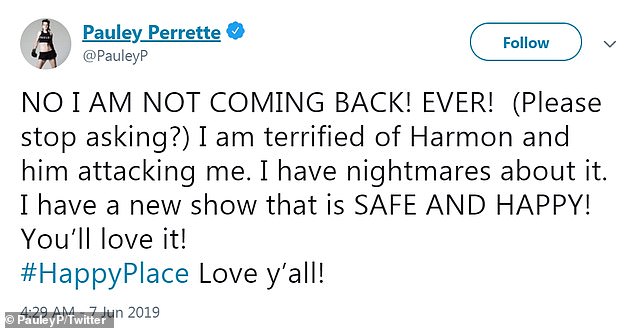 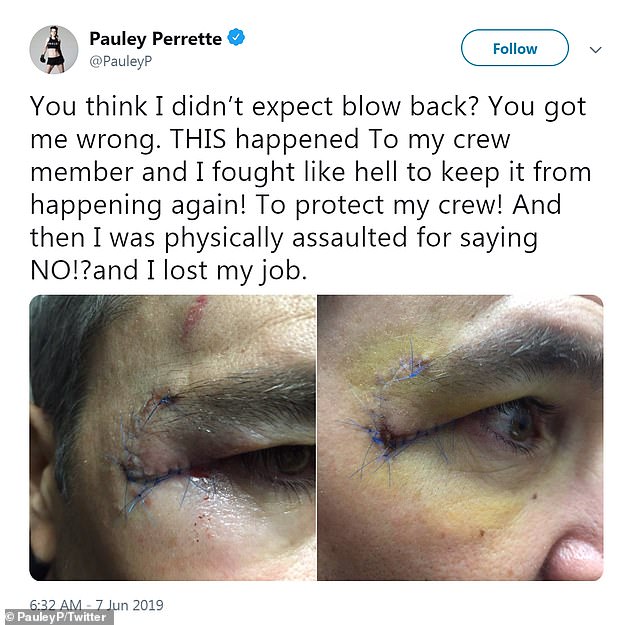 Speaking out: The veteran actress took to Twitter earlier this year to address NCIS fans

She wrote: ‘NO I AM NOT COMING BACK! EVER! (Please stop asking?) I am terrified of Harmon and him attacking me. I have nightmares about it. I have a new show that is SAFE AND HAPPY! You’ll love it!#HappyPlace Love y’all!’

She subsequently said, ‘You think I didn’t expect blow back? You got me wrong. THIS happened To my crew member and I fought like hell to keep it from happening again! To protect my crew! And then I was physically assaulted for saying NO!? and I lost my job.’

Insiders told the outlet that following Perrette’s complaint, she and Harmon no longer filmed scenes together, and their scenes would be edited together to appear as if there had been dialogue.

‘She did her scenes on one day and he did his work on other days, and they still produced a great show,’ the source said. ‘It was simply scheduled that they did not work the same days.’

To pay for new union contracts, Lightfoot and Chicago Public Schools relying on duct tape — and risky assumptions about the future

Op-Ed: How to halt the criminalization of Israel