Tommy Lee re-posted a Reddit rant that condemned President Donald Trump and the Republicans on Thursday, leading the rocker’s name to trend on Twitter amid a cacophony of Trump’s detractors and supporters.

The 56-year-old rocker put up a post that was put on Reddit last year implying that Republican leaders have taken advantage of Trump’s rubber stamp on things – and that Democrats will return the favor when the time comes.

The post read, ‘You Trumpsters better pray that liberals never gain control of the WH again because we are going to pay you back so f***ing hard for all of this s***. Planned Parenthoods on every damn corner.’ 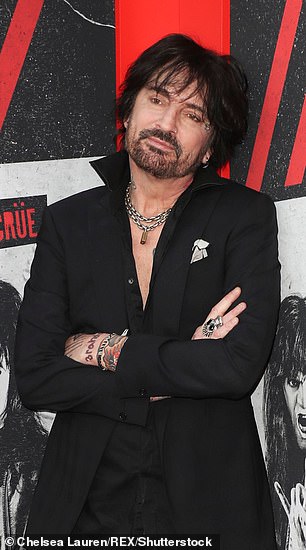 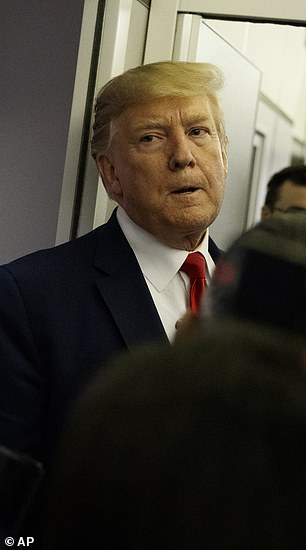 Wild side: Tommy Lee, 56, reposted a Reddit rant that condemned President Donald Trump, 73, and the Republicans on Thursday, leading the rockers name to trend on Twitter amid a cacophony of Trump’s detractors and supporters

It continued, ‘We’re going to repaint Air Force One p**** hat pink and fly if over your beloved Bible Belt 6 days a week, tossing birth control pills, condoms & atheist literature from the cockpit.’

The post went on to refer to the controversy Chick-fil-A was involved in regarding same-sex marriage, religious institutions being exempt from taxation, family separations at the U.S. border, and gun control reform.

‘We’re going to gather up ALL of your guns, melt them down and turn them into a gargantuan metal mountain emblazoned with the face of Hillary Clinton,’ it read. ‘Fox News will be taken over and turned into a family refugee shelter. We’re turning [Sean] Hannity’s office into a giant unisex bathroom with changing tables and free tampons.’

The drummer behind the beat of songs such as Wild Side, Kickstart My Heart and Home Sweet Home subsequently wrote, ‘Ummm excuse me I have to go take a trump!!!’ with an accompanying poo emoji. 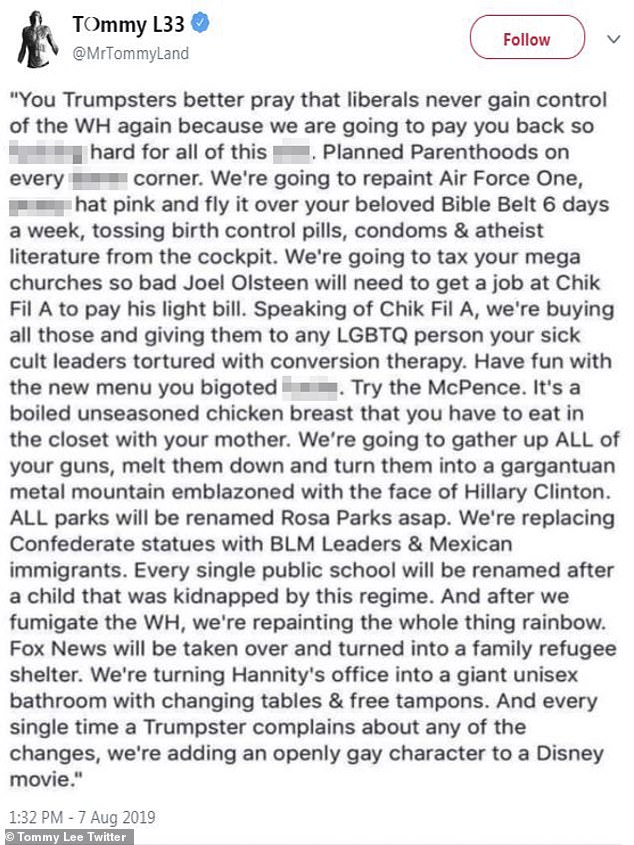 Sounding off: Lee put up a pair of posts making clear his dissatisfaction with the Trump administration 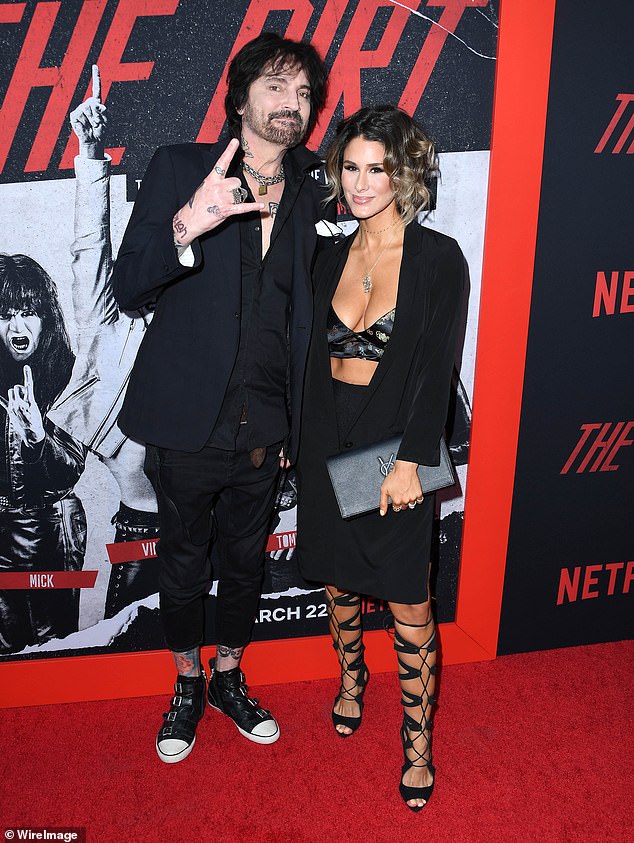 Out and about: Lee and his wife Brittany Furlan, 32, were snapped in LA earlier this year

The Motley Crue drummer spurred plenty of reactions on both sides, with nearly 40,000 Twitter users liking his message on the site. Others were vocal in support of the president – one person vowed to burn their Motley Crue CDs – while others took shots at Lee and his own history.

Conservative personality Tim Young brought up Lee’s past domestic violence conviction during his marriage to Pamela Anderson, writing, ‘Tonight thanks to Tommy Lee, I learned that you can go to jail for beating your wife, but the left will forget all of that and make you their hero if you rant about how you hate Trump.’

Another brought up his well-publicized skirmish with his son Brandon last year, writing, ‘[Your] kid needs to knock some sense into you again.’

Response: Some advised the drummer to stay out of the political arena

Clap-back: Many offended by Lee’s sentiments responded with personal jabs at the musician