Gigi and Bella Hadid have been left ‘traumatized’ after their luxury holiday villa was ransacked on the Greek island of Mykonos this week.

Gigi, 24, and Bella, 23, were robbed of jewellery, clothing, purses and sunglasses during a shocking raid while they were out on the town, a report revealed.

They arrived home from celebrating sister Alana’s birthday to find their rented house had been stripped of valuables and items strewn across the floor, friends said.

Her father Mohamed Hadid told TMZ that his daughter is ‘traumatized’ after having her personal belongings stolen while on a girls trip to the Greek island. 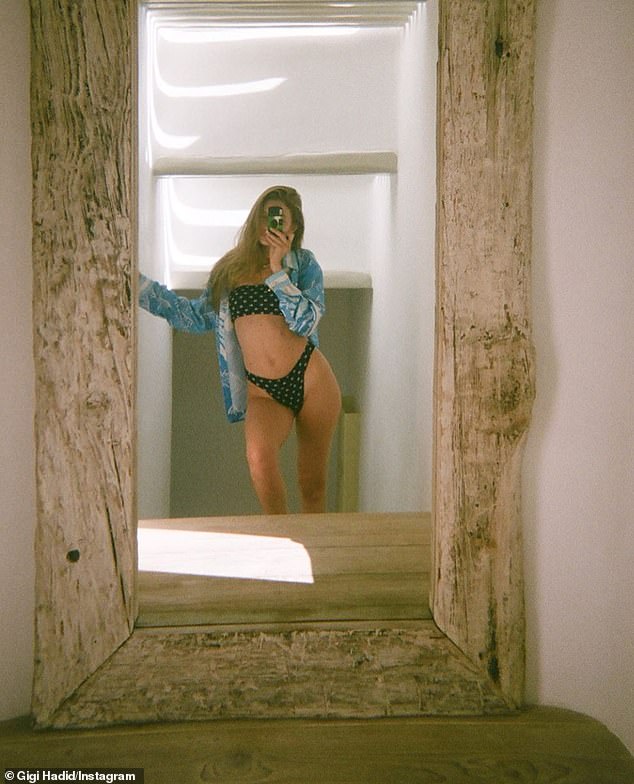 Uh oh! Gigi Hadid uploaded some pictures to her Gi’sposables account on Instagram on Thursday and revealed that her Mykonos girl’s trip wasn’t all it was cracked up to be.

The girls thought it may have been an inside job since the house staff had access to their space, sources said.

After feeling the police weren’t making the robbery a priority the girls charted a private jet and cut their trip short.

The group all seemed to be enjoying their fun in the sun sporting various bikinis and riding around on jet skis.

But apparently, it wasn’t all fun and games for Zayn Malik’s ex. 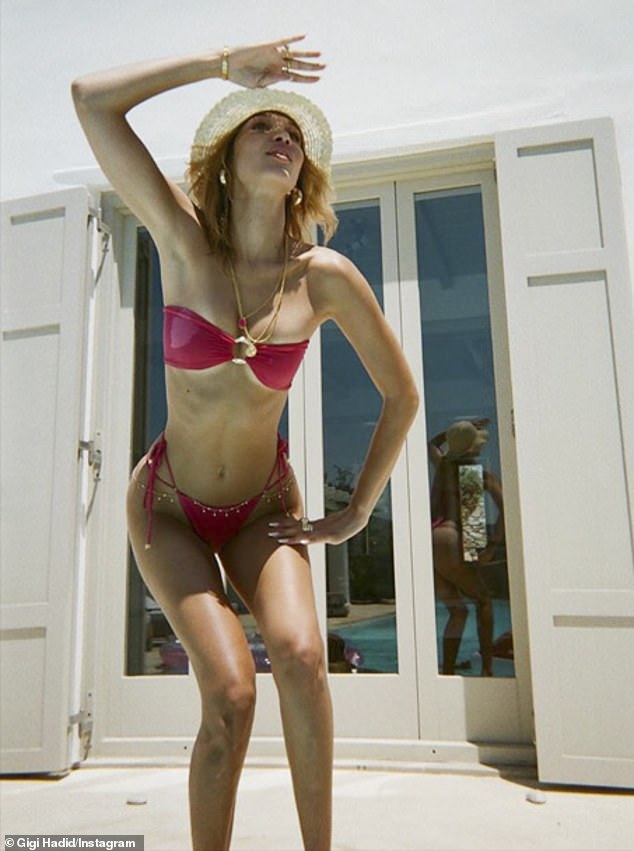 Vacation mode: Little sister, Bella Hadid joined in on the fun to help ring in their older sister Alana’s birthday

The Victoria’s Secret Angel shared a photo of her posed in a mirror and revealed to fans the ordeal she suffered. 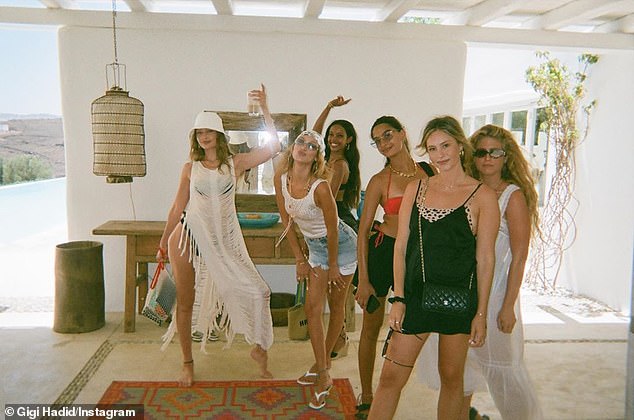 Group photo: The girls all smile at the camera before heading out in the sun 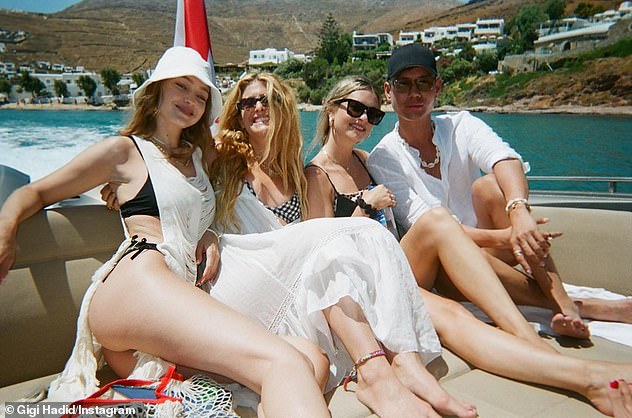 Boat attire: Gigi rocks a white boat hat while posing on a boat with her friends

After touching down in the states again, Gigi knew how to make heads turn by stepping out for a date with the most eligible bachelor in town.

She and The Bachelorette’s Tyler Cameron, 26, were spotted out in New York shortly after her vacation and Tyler’s overnight date with ex-girlfriend Hannah Brown, 24.

‘We both have things that are going on in our lives right now separately,’ she told People in an interview. ‘I’m not really sure where things stand with us right now, and I’m keeping my options open.’ 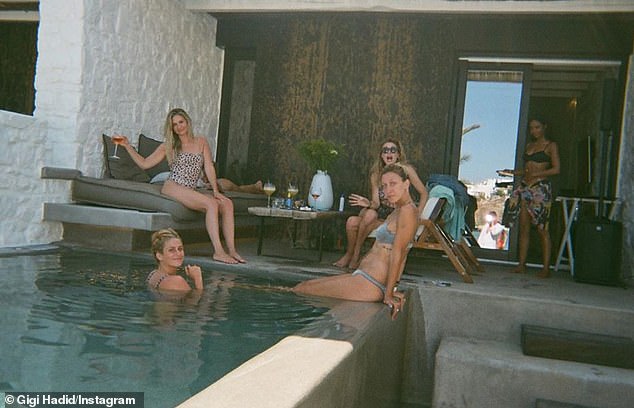 Looks fun! The girls hung out by the pool, went to the beach, and went jet-skiing while on their vacation

One date just wasn’t enough for the new flames.

They were both spotted out the following night at a bowling alley for date number two.

‘I guess I find it disrespectful,’ the Bachelor Happy Hour‘s Rachel Lindsay said on the show. ‘It’s kind of like, bro, slow your roll. You’re on Twitter talking about ‘Hannah’s the queen’ and preaching about respect, but then you’re being a little disrespectful by dating her in such a public way where you know it’s going to get so much attention. I think that’s my beef with it.’

That must have sparked something in Hannah as she had something to say about it too.

‘I think that’s my beef with it, too. We are not dating-dating, at all, we hung out, but we also had conversations of both, like, knowing that there’s still something there. When you are in the public eye, you do have to just be respectful of each other. And yeah, I wish I would’ve got a little bit more than two days. But, you know, it is okay.’ 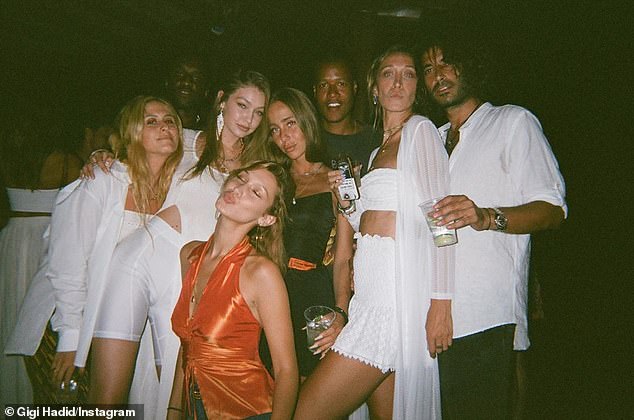 Night look: The friends sport black and white outfit and Bella adds a pop of color to the group with a bright orange look