So a consultant has branded five casino sites floated by Mayor Lori Lightfoot, all on the South and West Sides, as out-of-the-way losers.

Which raises the question: If the casino must be downtown, where should it go?

With tongue planted firmly in cheek, let me suggest some ideas:

— Put the casino in the Chicago Spire hole and let people throw silver dollars at a tiny target in the bottom of the pit. You hit the target — you hit the jackpot.

— Set up blackjack tables in the Thompson Center atrium. That would make it easy for the state, which owns the center, to bag its share of the loot.

— Turn the underground, never-used Block 37 transit hub into a den of slot machines. Casino operators like windowless buildings, the better to ensure that gamblers keep gambling.

— Have President Donald Trump or family members running his business turn the perpetually vacant retail space at the bottom of his Chicago skyscraper into a casino. Never mind that Trump bankrupted his Atlantic City casinos.

All kidding aside, this casino stuff is serious business. It’s the first high-profile building project that will bear Lightfoot’s imprint. It could throw off enough profit to help Chicago climb out of its financial hole.

The consultant didn’t like any of 5 proposed Chicago casino sites. Here’s what we know about them. 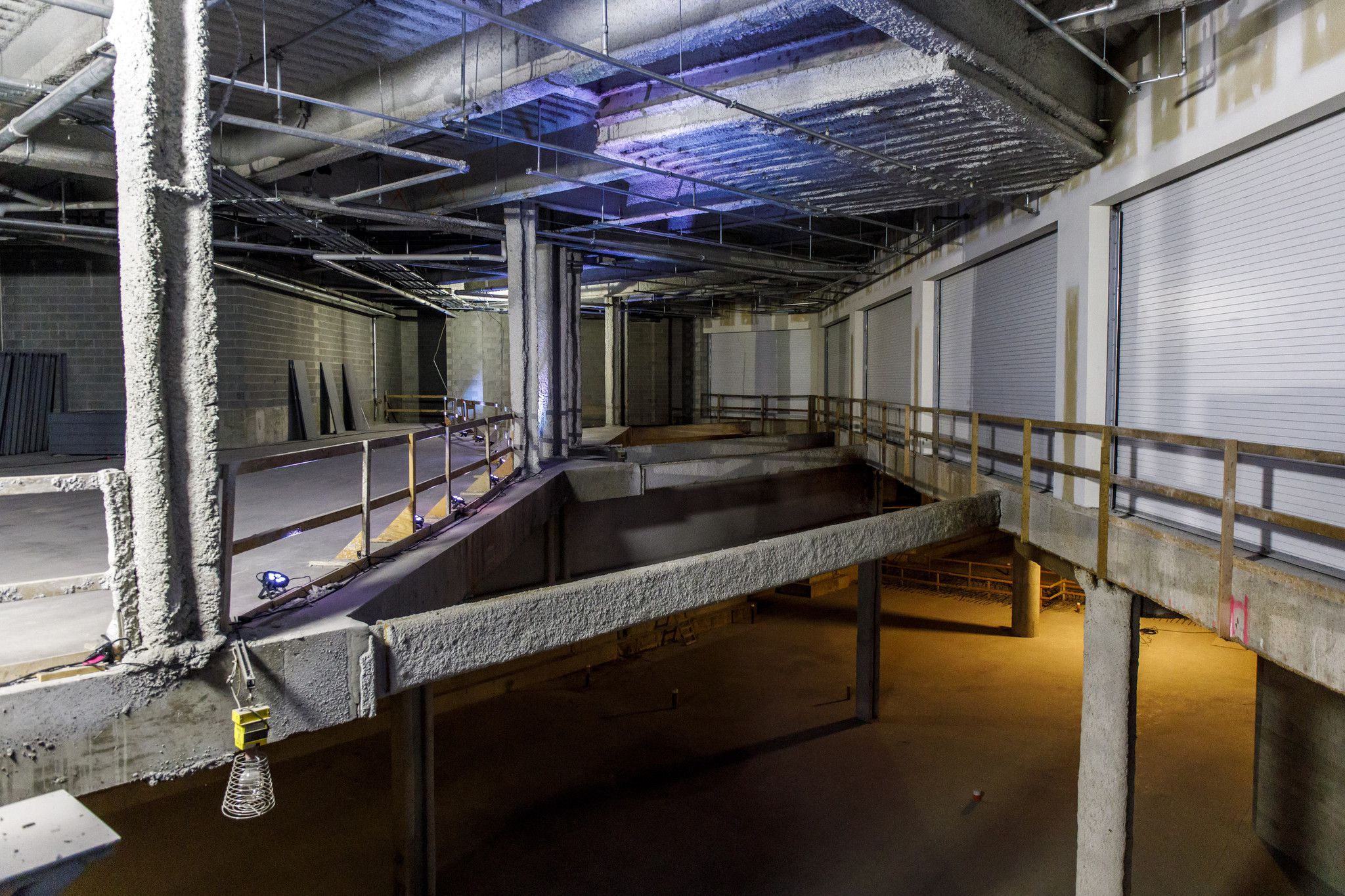 Or, the promise of financial salvation could turn out to be overblown and the casino could draw the lion’s share of its profits from people in poor neighborhoods — money that might have gone instead to buy books, food, medication, and other necessities.

Whatever side of the argument you take, it’s clear that the journey to Chicago’s first casino just hit a nasty bump in the road.

Not only did the state-hired consultants, Las Vegas-based Union Gaming Analytics, conclude that “onerous” taxes and fees imposed by the city and state would discourage private casino operators from investing in any of the five sites.

In effect, the consultants also said the sites themselves were about as exciting as a suburban mall and that putting a casino at any one of them would fail to lure big-spending tourists from downtown.

A centrally located, “tourist-centric” casino could eventually pull in $1.15 billion in annual gross revenue, Union Gaming estimated. That’s more than $350 million better than the best-performing site among Lightfoot’s possibilities, the former Michael Reese hospital property at 31st Street and Cottage Grove Avenue, according to the consultants.

So the mayor appears to be in a box.

Floating the South and West Side sites raised expectations she would start delivering on her campaign promise to direct growth to economically struggling areas of the city.

Now, those sites appear to be dead on arrival, though Samir Mayekar, deputy mayor for economic and neighborhood development, insisted to me Tuesday that “all options are still on the table.” The top priority, he said, is getting state legislators fix the tax and fee problem in their fall session.

Still, there is already media speculation that the report gives the mayor, who never ruled out a downtown casino, political cover to abandon the South and West Side sites. Indeed, she and her aides should have expected the consultants to dismiss the sites if they had read a 2015 report, titled “Chicago Gaming Expansion Study,” by Union Gaming Analytics.

The Tribune obtained the report, which was prepared for a client working with the City of Chicago, through the Freedom of Information Act. The client’s identity was redacted.

The study makes an important point: Don’t expect tourists to flock to Chicago as they do the gambling destinations of Las Vegas and Atlantic City. For tourists, at least, a visit to a downtown casino would be “incidental” to the main reason for their stay.

Using that framework, Union Gaming gave mixed reviews to an unnamed casino site near McCormick Place. The vast majority of downtown’s hotels are not within walking distance of the site, they observed, a situation that remains largely uncharged. And that, they said, is “potentially a large hurdle in capturing tourist gaming revenue.”

Citing the experience of a Harrah’s casino near the hotels of New Orleans’ French Quarter, the consultants observed that “tourists who stumble upon a casino are far more likely to enter and game than tourists who must actively make a decision to take a cab or public transit.”

The urban design upshot of all this?

If the casino were to be designed as part of a street-friendly entertainment complex rather than a gambling-only island along a highway, it could bolster Chicago’s identity as a vibrant, walkable place that offers a multitude of attractions to visitors. That could be good for the city as well as good for business.

But there’s no obvious downtown site. Family-friendly Navy Pier is out. McCormick Place officials are said to fear turning their Lakeside Center into a casino because it would distract conventioneers from trade shows.

Wherever a downtown casino goes, it will be at odds with Lightfoot’s agenda of spreading development to the South and West sides.

It will be no easy task to balance her commendable drive for equity with the pressing need to balance Chicago’s books.

With thousands completing ballots from home because of the pandemic, voters engage in new ways to discuss election issues

COVID-19 death toll surpasses 50,000 in the U.S. as states push ahead with reopenings