His good friend Dwayne ‘The Rock’ Johnson said Monday that Kevin Hart is ‘doing very well’ after injuring his back in a solo car crash September 1.

And on Tuesday, TMZ reported that the comedian and actor is set to leave hospital today or tomorrow.

Hart will be transported to an inpatient physical therapy facility where he’s expected to remain for one to two weeks, according to the website. 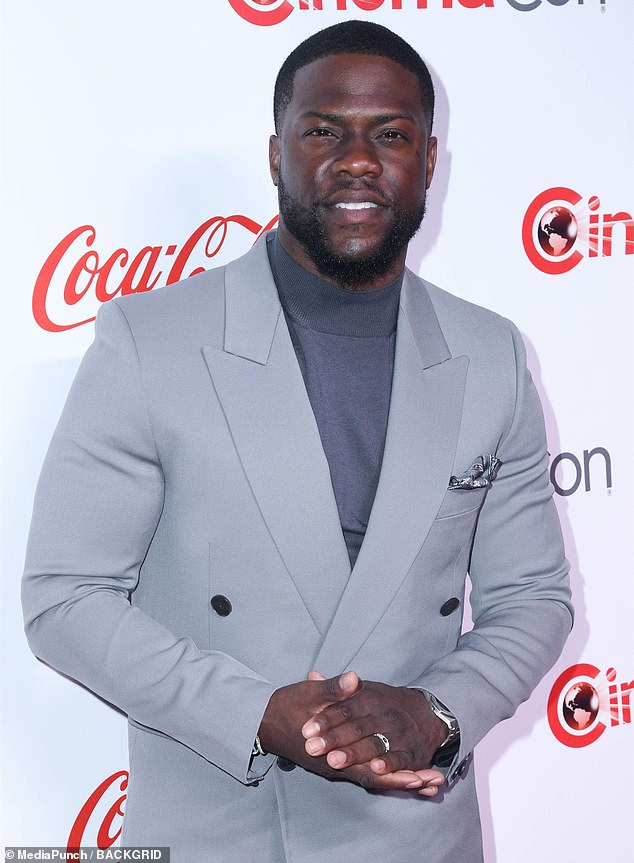 Kevin Hart is set to leave hospital and transfer to an inpatient physical therapy facility as he recovers from serious back injuries sustained in a solo car crash, TMZ reported Tuesday

The star of Central Intelligence and Ride Along sustained severe back injuries when his 1970 Plymouth Barracuda, driven by his pal Jared Black, veered off Mulholland Highway near his Los Angeles home in the early hours of September 1 and rolled down an embankment.

The crash left the 40-year-old Hart with three spinal fractures that had to be fused during surgery, TMZ reported.

A source told TMZ last week that Hart was back on his feet and doing short walks in the hospital.

‘He’s super eager to get out,’ the source said, adding the star is in pretty good spirits. 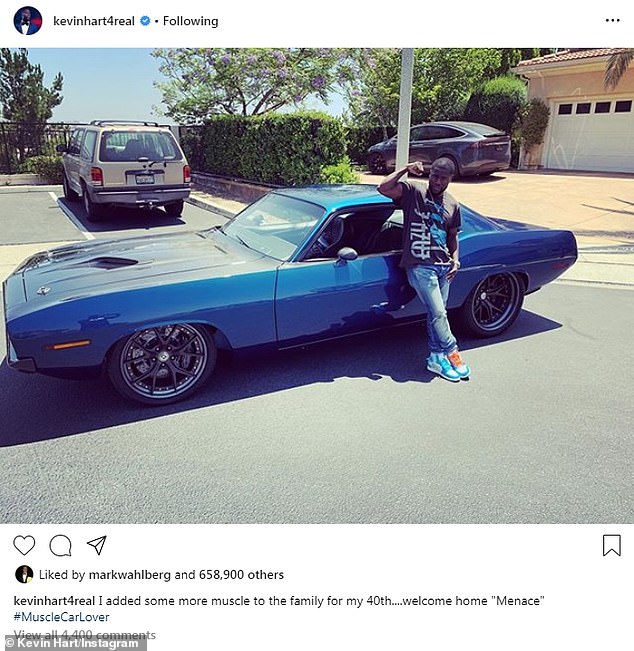 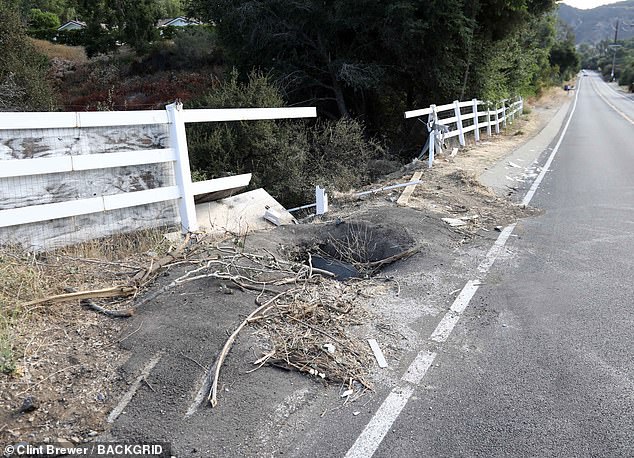 The vintage vehicle veered off Mulholland Highway near Hart’s LA home in the early hours of September 1 and rolled down an embankment, leaving him and Black with back injuries

Hart’s pal Black also sustained suffered serious back injuries in the accident but his fiancee Rebecca Broxterman who was also in the car escaped unharmed.

Hart’s wife Eniko, 35, the mother of his 22-month-old son Enzo, told TMZ a few days ago that her husband is ‘going to be just fine.’

Hart purchased the vintage vehicle in July as a 40th birthday present to himself.

The self-confessed ‘muscle car lover’ showed off the blue Plymouth Barracuda, which he’s dubbed ‘Menace’, in an Instagram post on July 8, two days after his birthday.

On Monday, The Rock filled in for Hart who had been scheduled to be the first celebrity guest on Kelly Clarkson’s new daytime chat show on NBC.

Johnson, 47, who’s set to reunite with Hart for a sequel to their 2017 film Jumanji: Welcome to the Jungle ,wasn’t above having a little fun at his friend’s expense.

‘You know what? These things happen in life and thankfully he was strapped in nicely to his car seat,’ the former pro wrestler joked.

He went on: ‘But look, I love the guy. He’s one of my best friends… and honestly, I mean, thank god, it could have been a lot worse, so he’s a lucky man. And he knows it too.’ 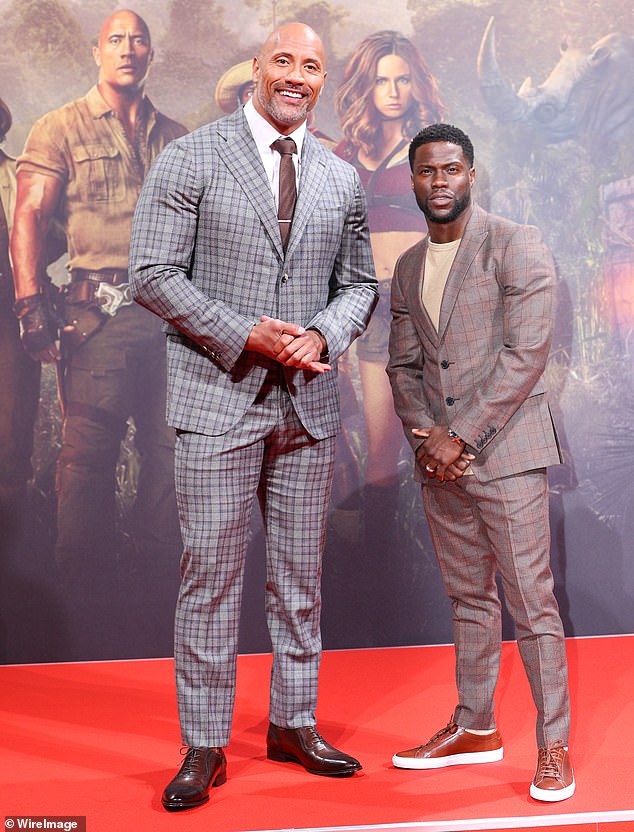 At least 5 wounded in overnight shootings on South, West sides

COVID-19 is crushing Native American reservations. But distrust of the government makes vaccines a hard sell