The 42-year-old actor and 32-year-old actress’ baby is ‘about two months old’ according to an insider for Us Weekly on Friday.

DailyMail.com has reached out to representatives for both Reynolds and Lively.

No doubt the parents were in a celebratory mood as Ryan took to his Instagram Story to share an adorable selfie of the couple on a rare date night together on Thursday. 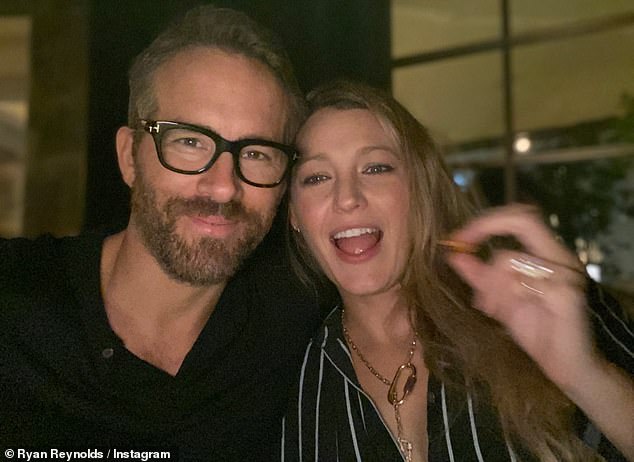 Sweet: Ryan Reynolds and Blake Lively secretly welcomed their third child two months ago according to an Us Weekly report on Friday

The sex of the baby is still unknown.

The two stars already have two daughters – James, 4, and Inez, 2 – together.

Blake broke the pregnancy news back in May as she showed off her baby bump at the Detective Pikachu premiere in Hollywood after also keeping it a secret. 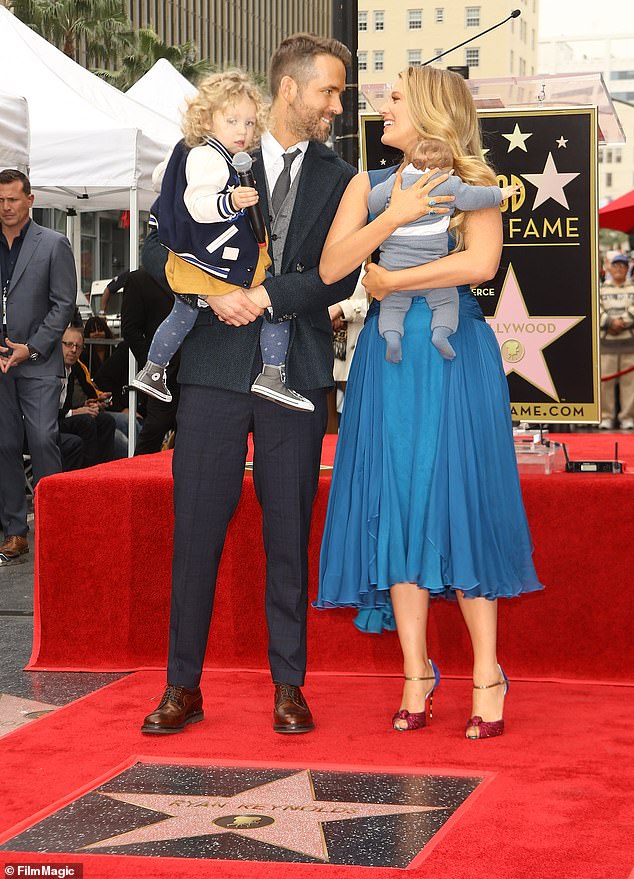 The two stars already have two daughters – James, 4, and Inez, 2 – together (as the family are seen together at Reynolds’ Hollywood Walk Of Fame Ceremony back in December 2016)

And in 2017, she spoke to PEOPLE about her parenting style, saying: ‘I think it’s hard to slap labels on any parents because it’s just so tricky.

‘If anybody knows how to be a parent, I feel like grandparents really know how to be parents. But parents, you just figure it out as you go. So, I wouldn’t put a label on it.’

She also joked about how sleep was no longer an option for her. 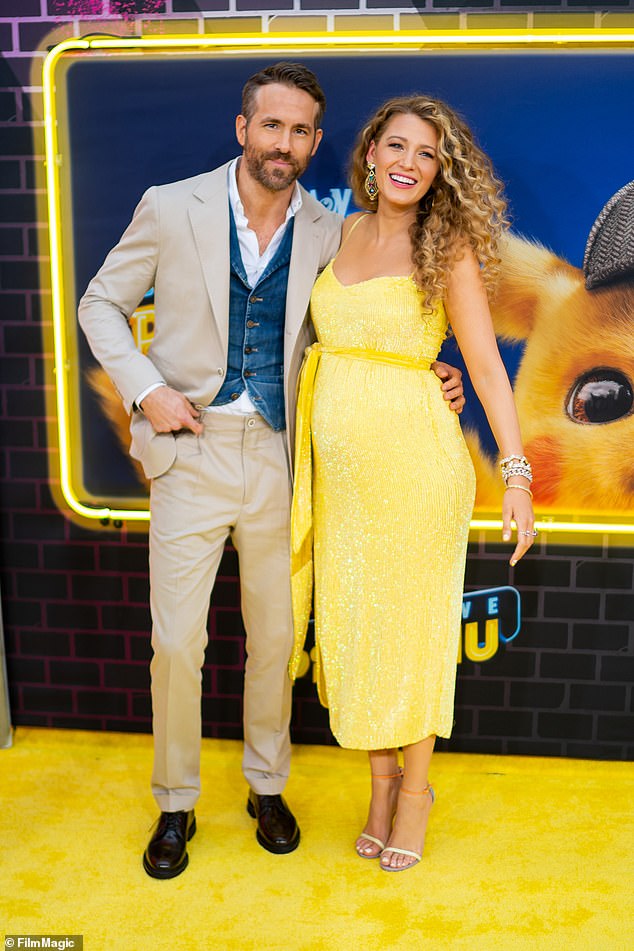 Simply stunning: Blake broke the pregnancy news back in May as she showed off her baby bump at the Detective Pikachu premiere in Hollywood after also keeping it a secret

She told Marie Clare in 2016 that is is important for her to raise her children out of the spotlight.

The actress said: ‘Ryan [Reynolds] had a nice, normal upbringing, and we want our kids to have the same normal life that we had. We don’t ever want to rob them of what we had because then we’d feel really selfish.’

The happy couple have been married since 2012 after first meeting on set of the Green Lantern in 2011.

In September last year, Blake told the Independent.ie that Ireland could soon become her ‘second home’ should her upcoming flick The Rhythm Section be well received. 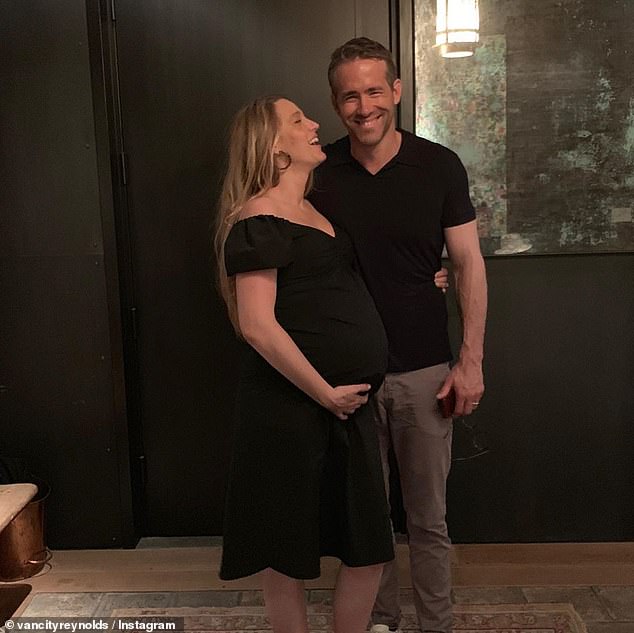 Lots of love: The happy couple have been married since 2012 after first meeting on set of the Green Lantern in 2011

She shared: ‘If everybody goes and sees The Rhythm Section in theatres in February, then we’ll have to do some more films in Ireland. There’s about five books so Ireland will be our second home. Dublin will be my second home.’

While living in the country, it appeared the homemaker fell in love with Irish food and fashion retailer, Avoca and described it as ‘heaven’.

She said: ‘Oh my god can we talk about Avoca, have you guys been to Avoca? You have to go to Ireland just to go to Avoca, it’s just heaven.

‘How it’s described in the bible is inaccurate, heaven is what Avoca is… it’s just hand weavers and amazing pastries and it’s just heaven. Everybody’s gonna be like “she’s disgracing the bible” – I was joking world.’ 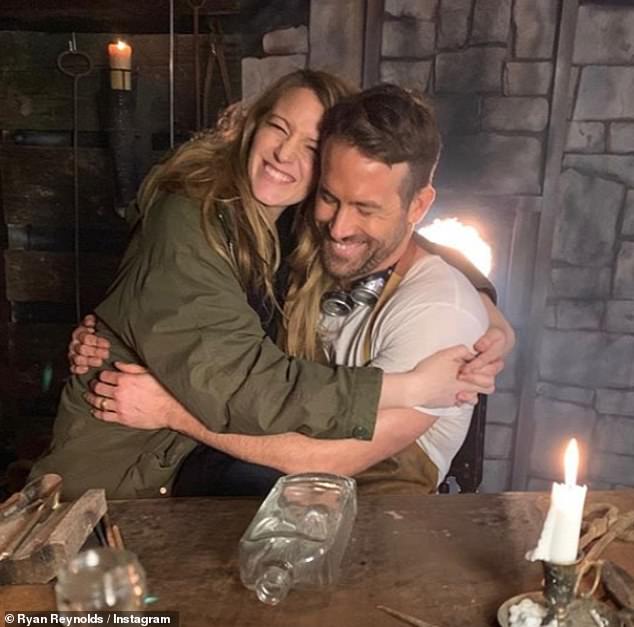 Down to earth: Ryan shared a rare shot with other half Blake Lively on Instagram back in April

In Beijing, more surgical masks but business as usual despite coronavirus outbreak

Chicago police respond to 10 shootings in about 3 hours Sunday, including 3 homicides and an attack that left 2 officers seriously wounded