Jim Edmonds is defending his decision to leave his toddlers at home with his mother as he travels to Las Vegas to support his daughter Hayley.

Hayley, 22, survived the Route 91 shootings, and will be attending Jason Aldean’s first concert in Sin City since the tragedy occurred in 2017.

The former St. Louis Cardinals player will be providing his daughter with moral support as she attends his upcoming musical performance. 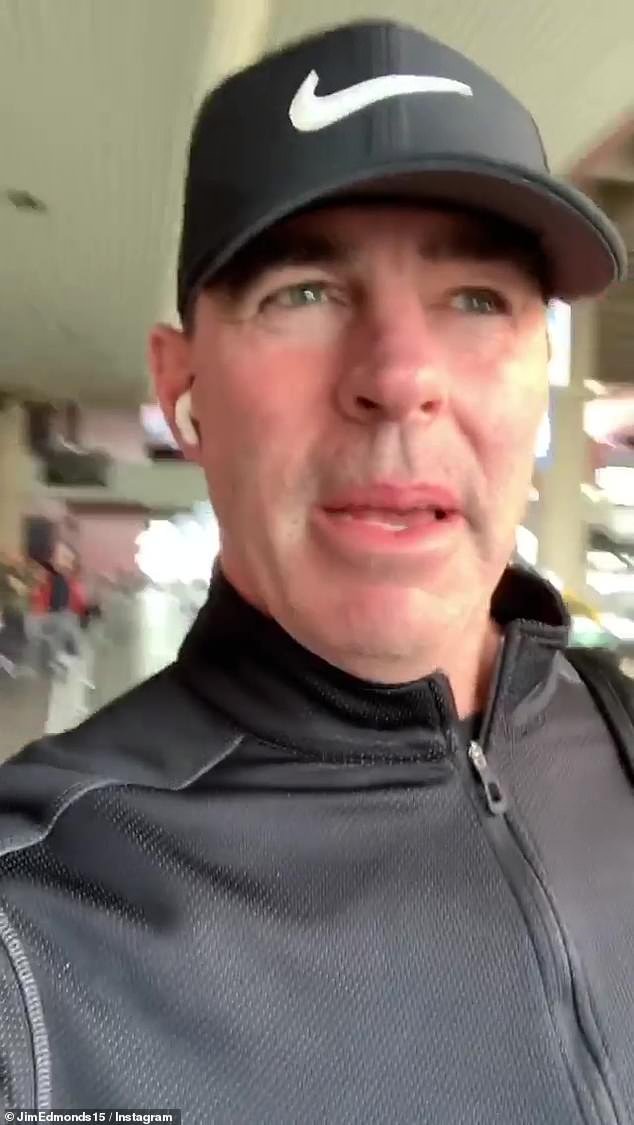 Speaking up: Jim Edmonds is defending his decision to leave his toddlers at home with his mother and nanny as he travels to Las Vegas to support his daughter Hayley

The couple, who are currently in the middle of a divorce, share daughter Aspen, three, and one-year-old sons Hayes and Hart.

‘Just landed in Vegas to support my daughter Hayley, who is here for the famous Route 91 shooting,’ he explained on his Instagram stories on Friday.

‘Mr. Jason Aldean has invited us back for his first performance since and thought I’d be a good father and be here for her in case she had some scary thoughts, which I imagine she will.

‘So, to all of you haters out there, you have to support all your children and not just the little ones that you see on TV or Instagram,’ he explained. 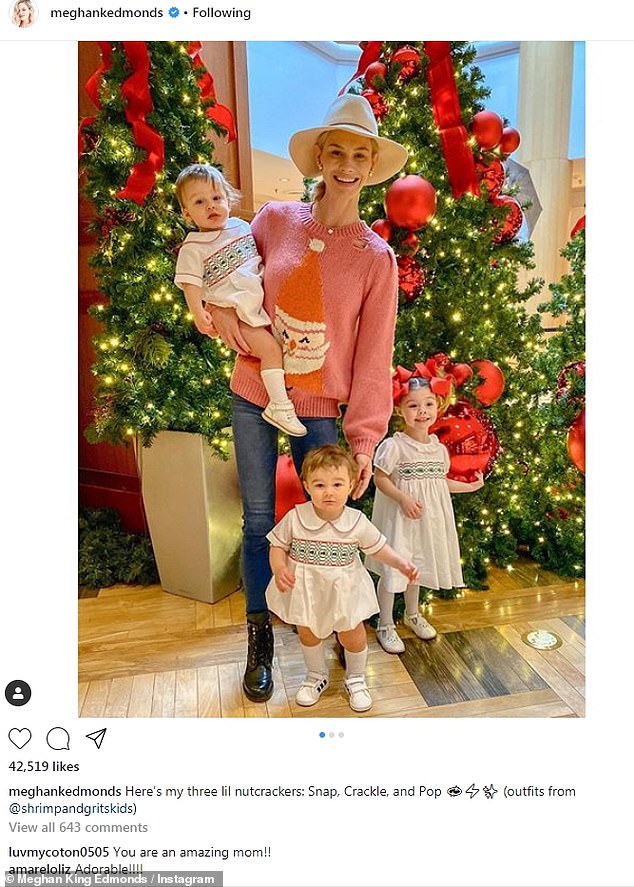 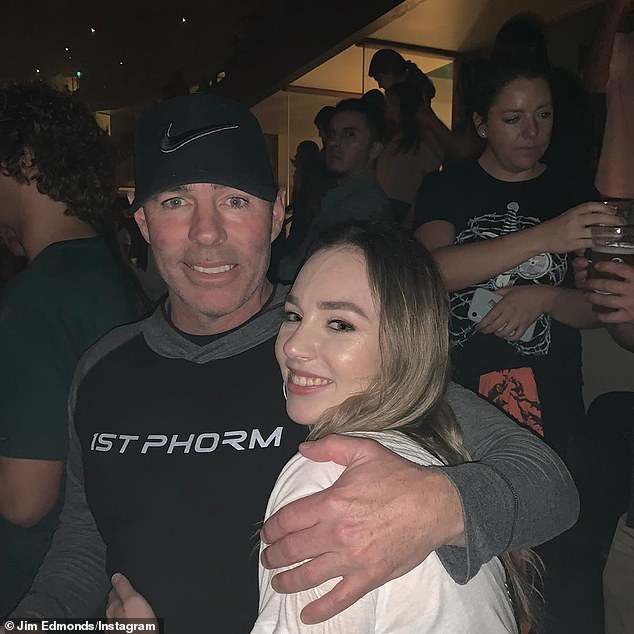 ‘You have to support all your children’: The former St. Louis Cardinals player will be giving his daughter moral support as she attends Jason Aldean’s concert this weekend

Jim said he plans on speaking up more often now.

‘So if you don’t like this, you don’t like me, instead of hating everyone, maybe also try and support people because there’s a lot of people out there in need, financially and emotionally.

‘So just got in Vegas and going to go sneak over and surprise my daughter. Have some lunch, go to a concert, and then get on a plane tomorrow morning and back to St. Louis, to see the littles, who are graciously being watched by my mom and some help right now. Have a good day.’

Jim also thanked fans who supported both him and his Meghan amid their split. 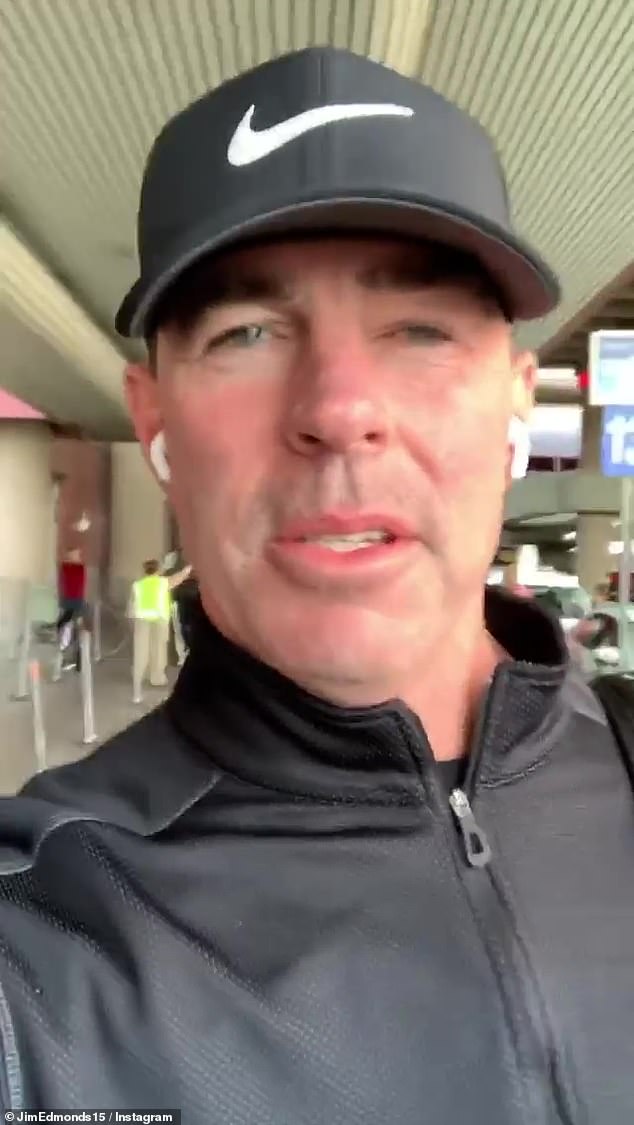 A message to his haters: Edmonds addressed naysayers directly in his Instagram video 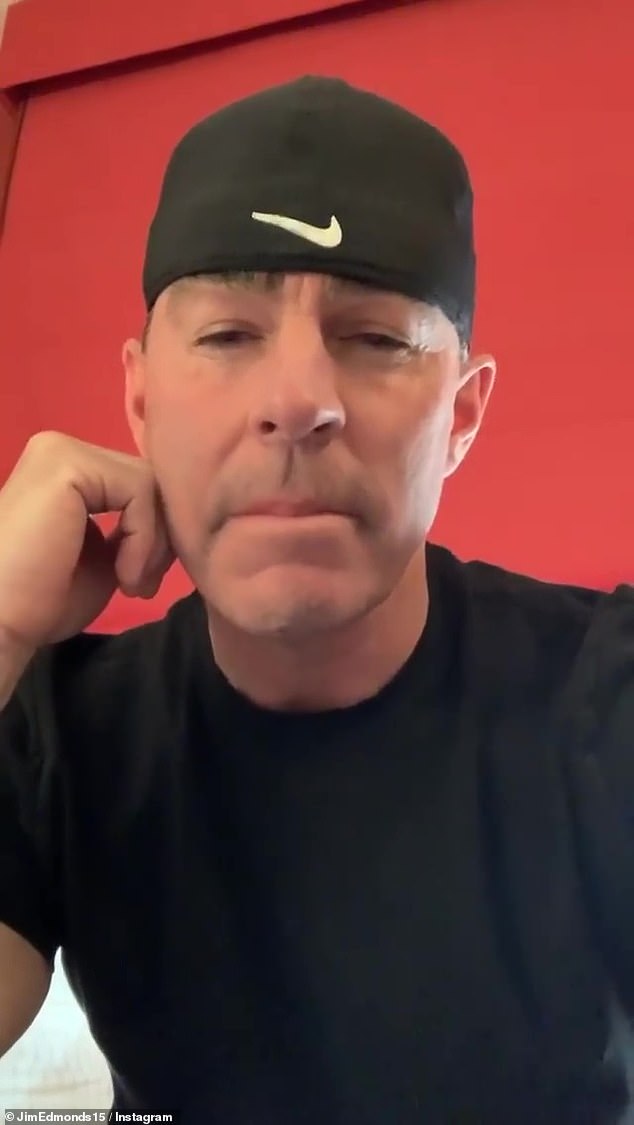 ‘We appreciate it’: The baseball player also thanked fans for supporting him and his wife Meghan amid their turbulent divorce

‘Everybody that supports me and my wife actually, we appreciate it,’ he said in a separate Instagram story.

‘My wife too. She appreciates the support. I appreciate the fact that you people support her. We’re still a family and we have kids and who knows where this thing’s gonna go. And to all you people out there, thank you.’

Jim is in the middle of an ugly divorce with Meghan after five years of marriage and three children together. 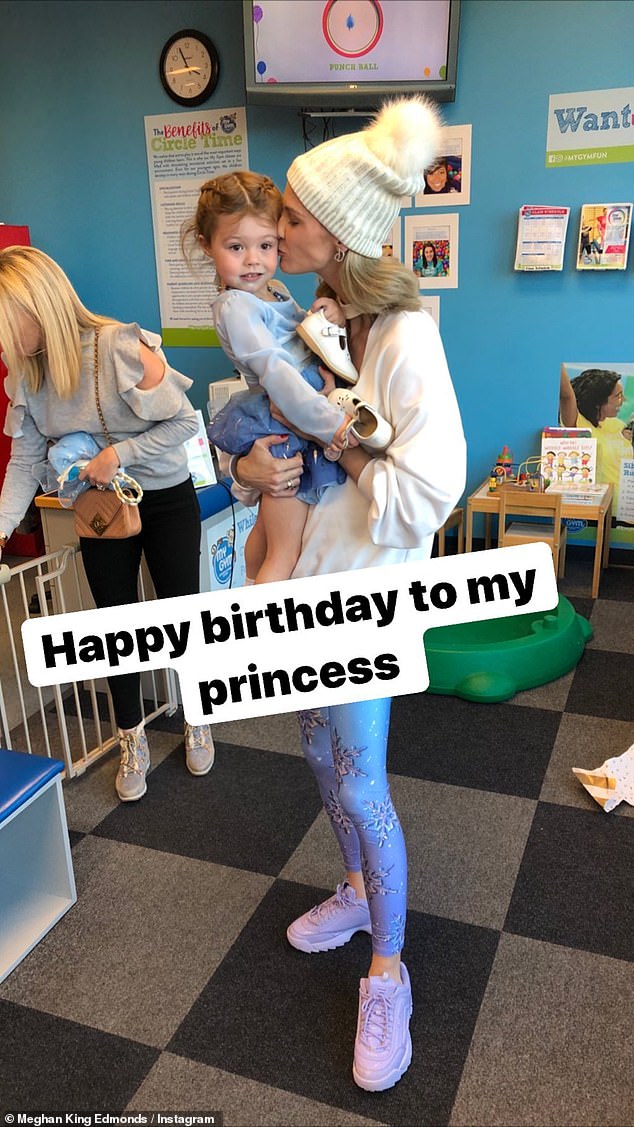 Spreading the love: The Real Housewives Of Orange County star planted a kiss on her daughter Aspen

The baseball player has previously admitted to having an inappropriate texting relationship with another woman during his marriage to Meghan, who recently leveled cheating allegations against Jim, which he has denied.

The pair have reportedly agreed to split 50/50 custody of their three children.

Meghan was reportedly ‘not happy’ with the outcome, but Jim is said to be ‘thrilled’ with the arrangement, according to Us Weekly. 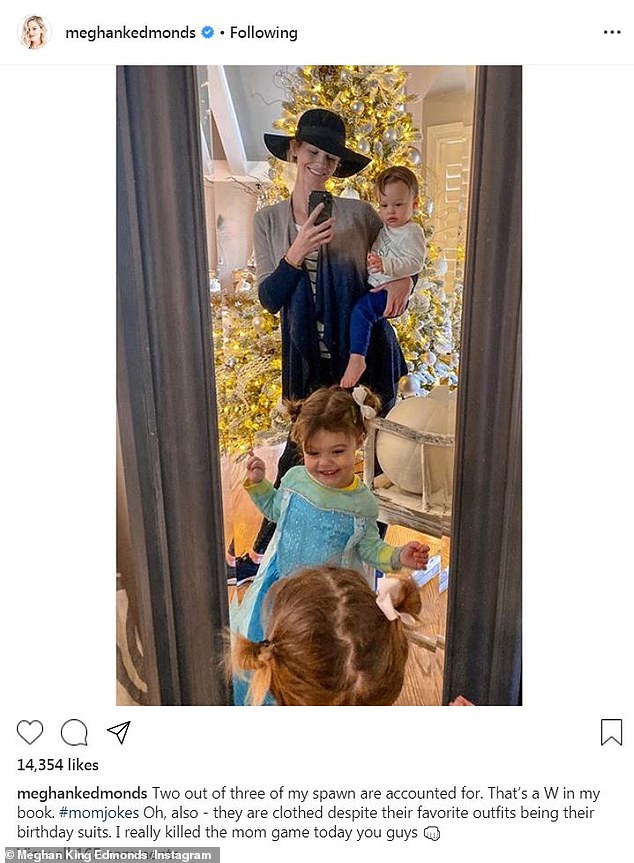 Hayley has come out in support of her father since he filed to dissolve his five-year marriage, which has included taking a very public jab at her step-mother.

‘I’ve been waiting for it. For probably… three years?’ Hayley revealed to Us Weekly.

‘I think it’s impossible to be happy with someone so … I don’t know if I would say narcissistic but, she, like, creates her own problems and loves conflict and things like that.’

She added, ‘the selfishness is miserable for anyone to be around, let alone to be married to her. My whole family has grown closer because we have all had to stay silent in hopes to protect my dad and no one can do it anymore.’ 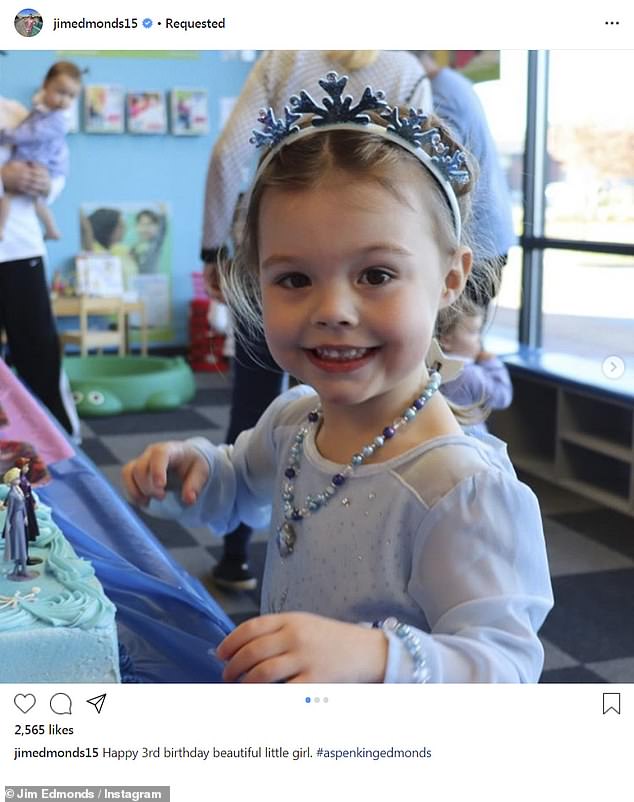 Aww: Edmonds wished his daughter Aspen a happy birthday as he posted a photo of the child in front of a cake onto his Instagram

Illinois lawmakers call on Chicago mayor to compromise with teachers to avoid a CPS strike. But Lori Lightfoot says her patience has run out.