Britney Spears is planning to go back to court to argue for more time with her children.

The 38-year-old pop star’s had her custody arrangement with her ex-husband Kevin Federline curtailed from 50–50 to 30–70 in September.

Now she is planning on heading back to court to fight for more time with her two kids according to an  Us Weekly report on Monday. 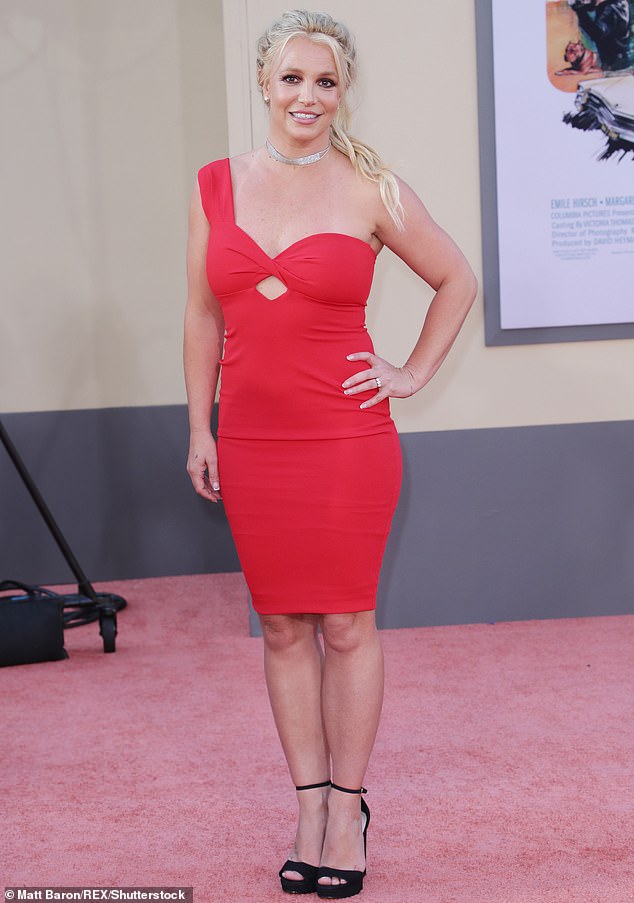 Reclaiming her time: Britney Spears, 38, plans to go back to court to fight for a 50–50 custody arrangement with her ex-husband Kevin Federline, according to Us Weekly; pictured in July

The star’s custody battle comes amid turmoil over her conservatorship by her father Jamie Spears.

According to a source familiar with her strategy, Britney will try to get a more equal distribution of time with her boys Preston, 14, and Jayden, 13.

‘Britney’s goal in the new year is to go to family court and petition the judge for increased custody time with the boys,’ the insider said.

In September, a judge lowered her time with her children from 50 percent of the week to only 30 percent. 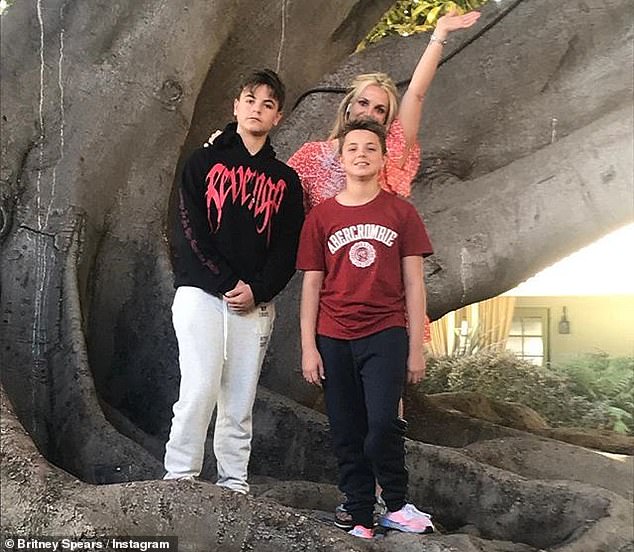 New Year’s resolution: ‘Britney’s goal in the new year is to go to family court and petition the judge for increased custody time with the boys,’ the insider said 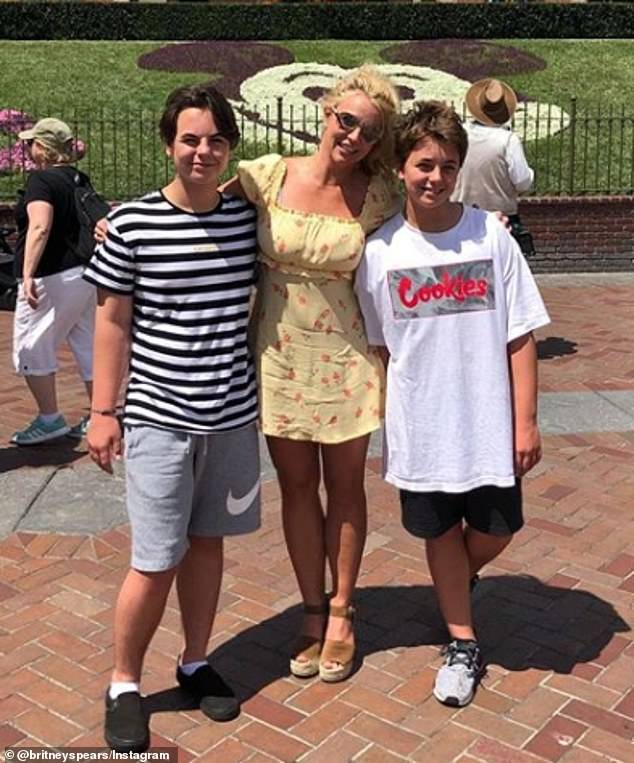 Though the ruling made the arrangement official, Britney and Kevin had been following the 30–70 schedule unofficially since August 2018 as a dry run.

Her ex-husband, whom she was married to from 2004–2007, reportedly didn’t want the singer–songwriter spending any more time with the children until she was stable and her mental health issues were under control.

The ruling in September came shortly after Kevin filed a police report and got an emergency restraining order against Jamie.

Britney’s father reportedly assaulted her son Preston during an August visit to his condo.

The boy allegedly locked himself in a room after feeling unsafe, at which point Jamie broke down the door and shook Preston.

Kevin’s restraining order prevents Jamie from going near either of Britney’s children for three years. 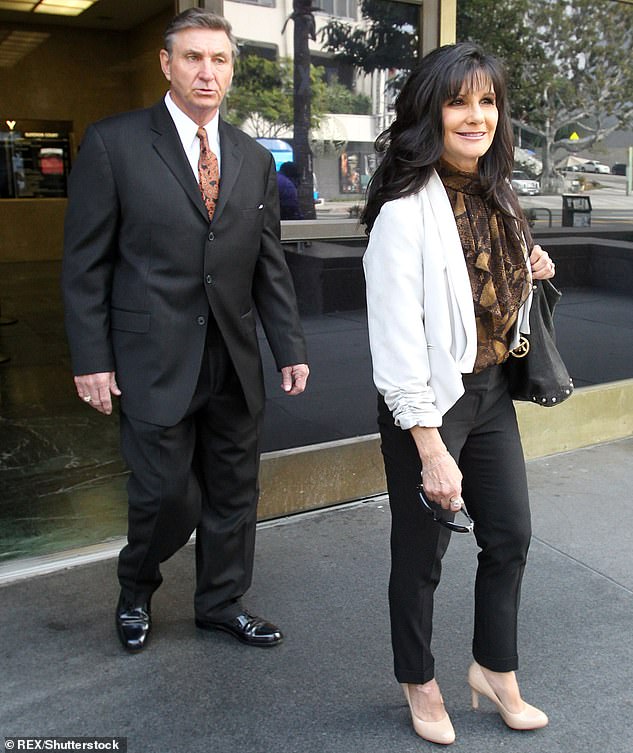 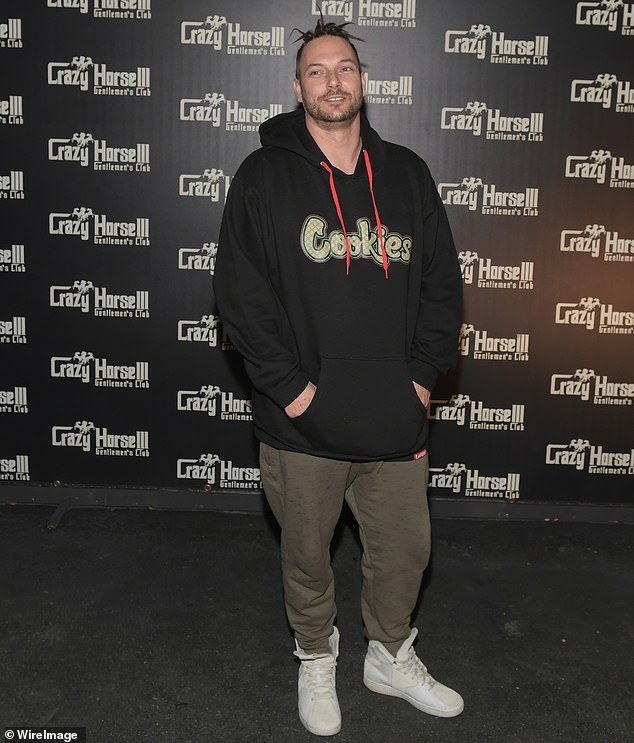 Furious: Kevin filed a police report against Jamie and received an emergency restraining order preventing Jamie from going near either of the boys for three years; shown in 2018

‘The relationship between Jamie and Britney has completely fallen apart,’ a source told Us Weekly.

‘Britney remains very angry at Jamie because his actions with her kids resulted in losing custody time with the kids.’

A status hearing is scheduled for January 22 to discuss the findings of an evaluation on the status of the Toxic hitmaker’s conservatorship.

It was previously reported that she was considering petitioning the court to end the conservatorship, which was put in place in 2008. 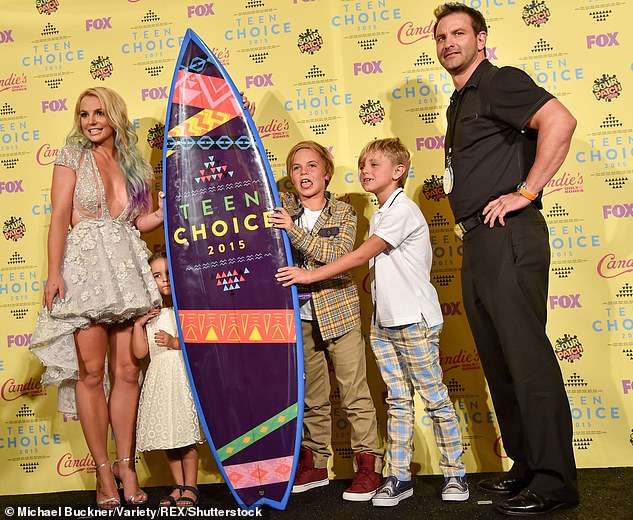 Review: A status hearing is scheduled for January 22 to discuss the findings of an evaluation on the status of the Toxic hitmaker’s conservatorship; pictured in 2015 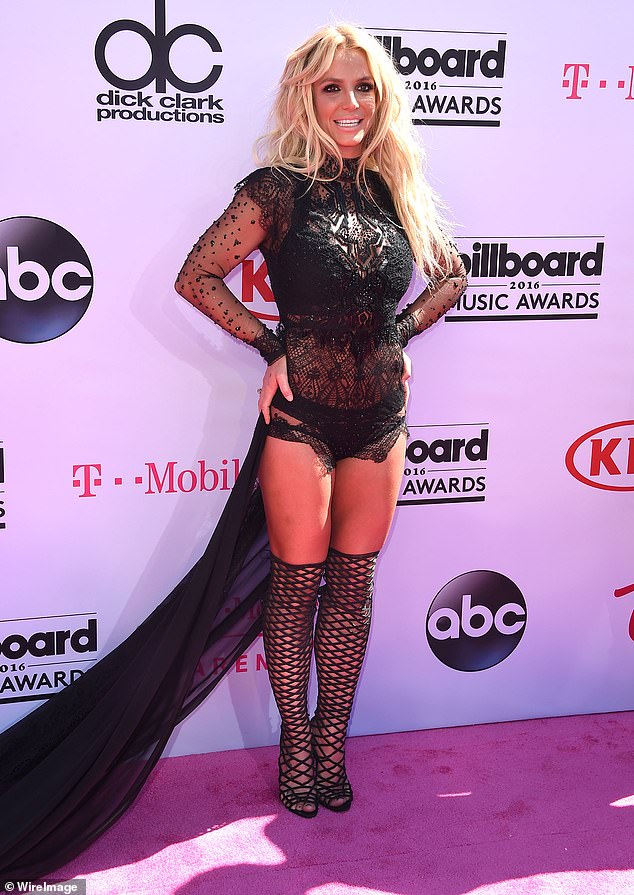 The end? Britney is considering petitioning to end her conservatorship, which she’s had since her 2008 meltdown. Her father temporarily transferred it to her care manager Jodi Montgomery after the alleged assault; pictured in 2016

In the wake of the restraining order against him, Jamie temporarily turned over his role to Jodi Montgomery, who had been serving as Britney’s care manager.

She first met the model in 2016 on the set of her Slumber Party video shoot, and they were inseparable later that year. 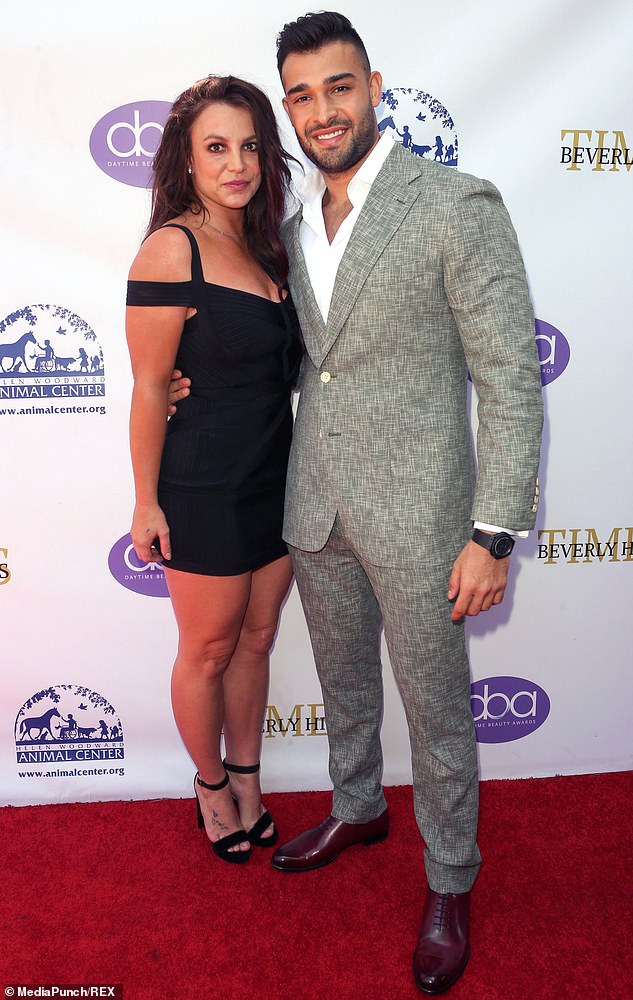 Loved-up: Though she no longer has much of a relationshp with her ex Kevin, she’s been cultivating a more stable relationship with her boyfriend Sam Asghari, whom she met in 2016; shown in September

Suspect in 2 killings at Roundy’s warehouse in Wisconsin identified